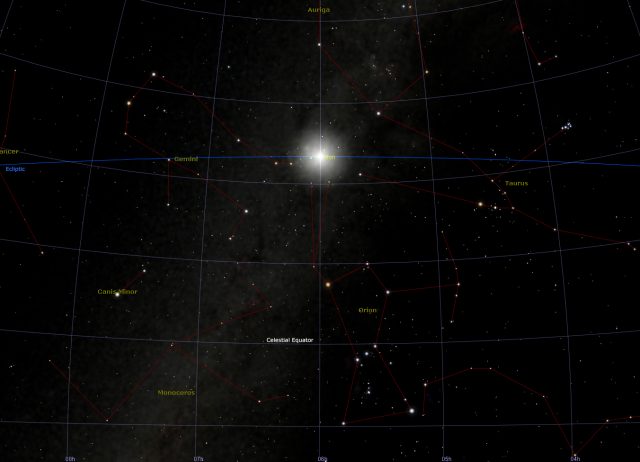 Next 20 June 2016, at 22:34 Universal Time, the Sun will reach its maximum declination (angular distance from the celestial equator): this will officially be the summer solstice in the northern hemisphere.  In that moment, the Sun will be at its more distance position from the celestial equator (23° 27′), in the northern part of the sky: this will give the longer “day” in that portion of the globe, as the Sun will stay for the  maximum number of hours above the horizon. Conversely, for southern  people, this will be the winter solstice.

At mid-, northern latitudes, the  astronomical night last for an handful of hours and deep sky lovers have just a little time to observe/image vary pale objects. For example, in Rome that day darkness (that is, the time the Sun will stay below the horizon) will last a bit less than 9 hours, while six months ago, it lasted more than 14.5 hours. A long, clear winter night is a big gift!

Half a day earlier, the Moon will be full (11:02 UT): it will be, for those seeing the polar star, the most southern full Moon of the year (though not the most southern possible one). This will help taking great images including both the Moon and some nice terrestrial/artistic elements.