At last, the 10 Feb. 2017 Penumbral Lunar Eclipse putted its show in the sky. While it was not the best eclipse possible, it still was a worthy sight. 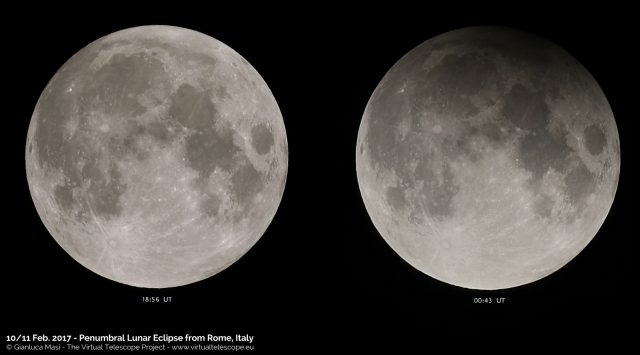 10 Feb. 2017 Penumbral Lunar Eclipse: on the left the Moon before the eclipse, on the right at its maximum

An image of the eclipse at its maximum, showing the Moon better, is below: 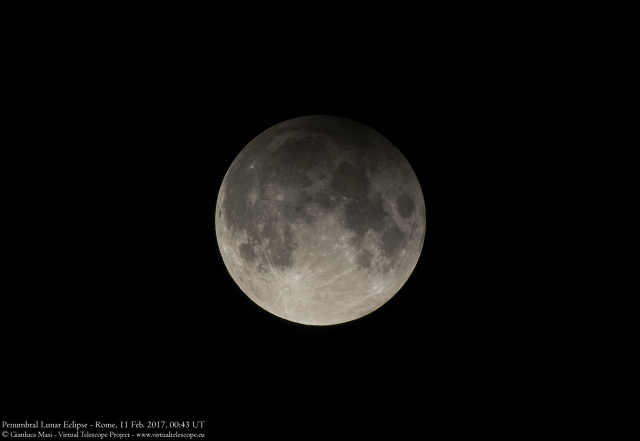 The Virtual Telescope provided a live feed to show the eclipse from its site in Ceccano, Italy. It covered the first part of of the event and the many people connected could easily see how the penumbra affected the brightness of the lunar surface. 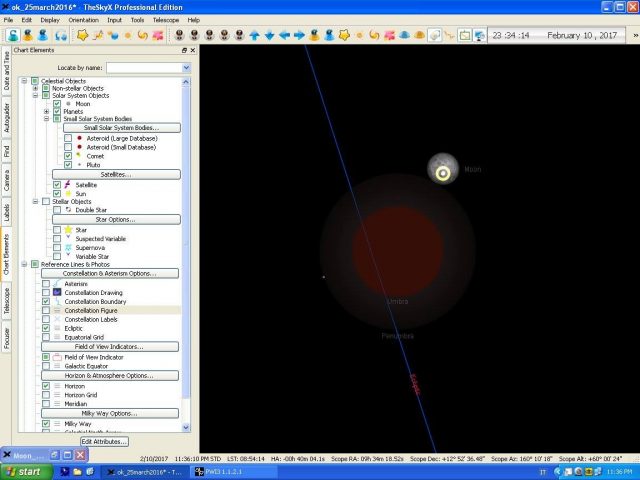 Below is an image coming from the live feed, where the darkening is evident, accordingly with the geometry from the figure above. 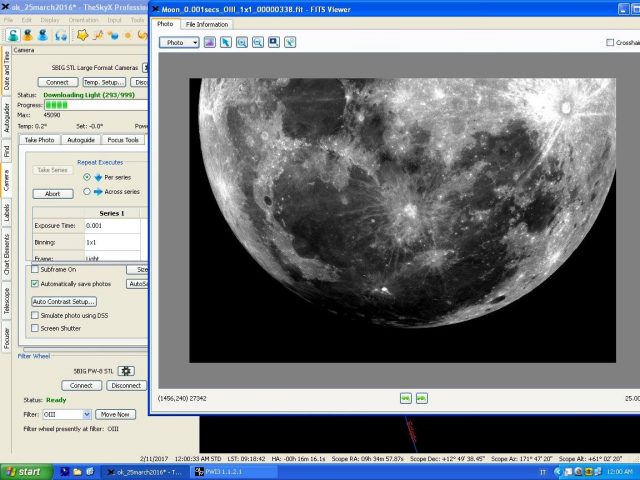 10 Feb. 2017 Penumbral Lunar Eclipse: an image from the live feed

The images at the beginning of this post were captured with a 400/5.6 lens and a DSLR and shows, on the left, the Moon before the eclipse, with the typical full Moon scenario. On the right, it is evident the effect of the Earth’s penumbra, making the upper part of the lunar disk a bit darker.

The sky was perfect and the vision by naked eye was not easy and people not informed about the ongoing eclipse could easily miss it. Here it is a shot grabbed while the eclipse was slowly ending: 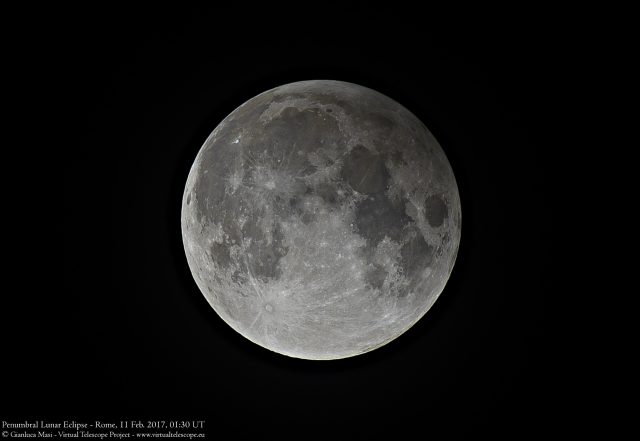 10 Feb. 2017 Penumbral Lunar Eclipse: some hints of the penumbra are still visible on the upper right

Below is the complete podcast coming from our live feed

All images were collected by Gianluca Masi – The Virtual Telescope Project.