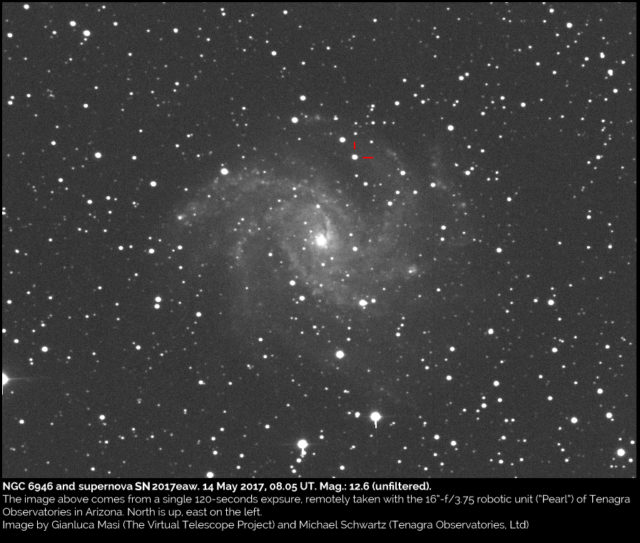 The image above shows supernova SN 2017eaw and comes from a single, 120-seconds exposure, unfiltered, remotely taken with the 16″-f/3.75 Tenagra III (“Pearl”) robotic unit part of Tenagra Observatories in Arizona. The imaging camera is based on the KAF-16801 CCD. The resulting image scale is 1.2″/pixel.

We measured the transient at mag.  12.6 (unfiltered, R-mags for the reference stars from UCAC-4).

No objects were there two nights before. Placed at about 22 millions of light years from us and projected beyond the rich trace of the Milky Way (this is why you see so many stars all around the galaxy), NGC 6946 is well knows as “Fireworks galaxy”, which sounds quite appropriate: it hosted no less than 9 supernovae since the beginning of the 20th Century, this is the number 10 in exactly one century.

Putting together one of our past images of NGC 6946, dated back to 2011, with this one, we get this intriguing “before and after” animation, where supernova SN 2017eaw blinks:

Because NGC 6946 is projected along the Milky Way, there are so many stars all around and, a bit on north-west, the wonderful open cluster NGC 6939; in that area, several small galaxies are visible, as in the large field image below: 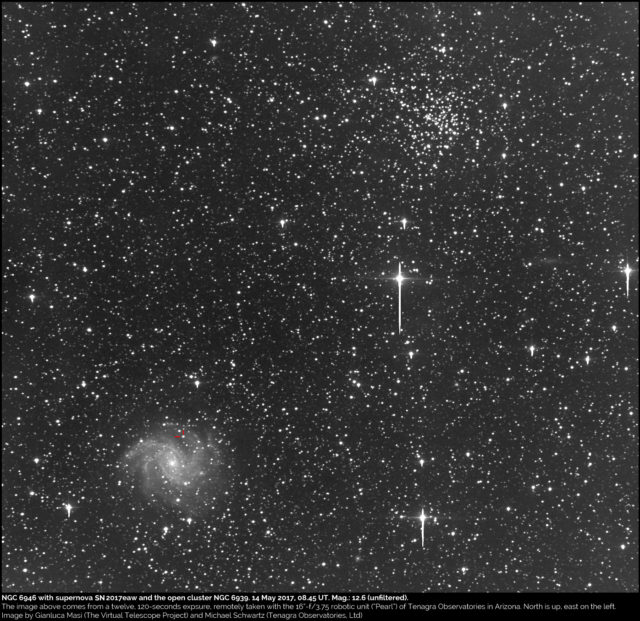