On 25 Aug. 2017, the Moon, during its journey around the Earth, was shining a few degrees from Jupiter, with the star Spica enriching the view. Here they are some images from Rome, Italy. 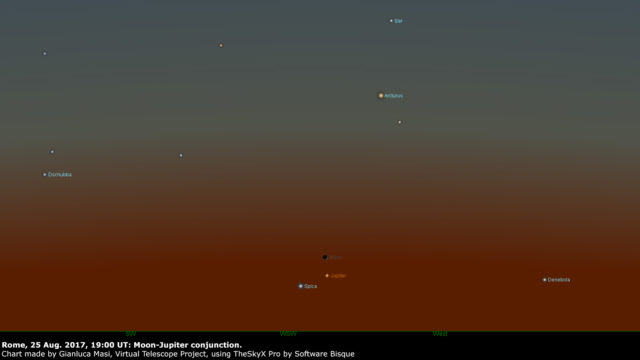 A chart showing the conjunction between the Moon and Jupiter on 25 Aug. 2017.

A conjunction between the Moon and a given planet happens relatively often, at every lunation. Of course, some conjunctions are much more spectacular than others, depending on a few factors: how apparently close the involved objects are, the brightness of the planet and the phase of the Moon at the time of conjunction. For sure, the brightest the planet, the more spectacular the conjunction is. This is why Venus and Jupiter (and Mars, around its opposition) are the most interesting ones (not to say when they are in conjunctions themselves!), especially when the Moon comes closer than a couple of degrees.

As for the Moon phase, I really love when the Moon is “smaller” than a quarter: not only because of the more gentle light, providing better conditions for both viewing and imaging, but also because you can enjoy the amazing “Earthshine”, the faint light you see on the dark part of the Moon, due the sunlight reflected up there by our planet. I really love Earthlight.

On 25 Aug. 2017, the Moon was going to have a conjunction within three degrees from Jupiter, soon after sunset. Our satellite phase was young, after the great USA 2017 total eclipse, so the show was soon after the sunset. A conjunction happening at twilight has an additional bonus: you can easily capture it with some elements of your own observing place, under natural light. 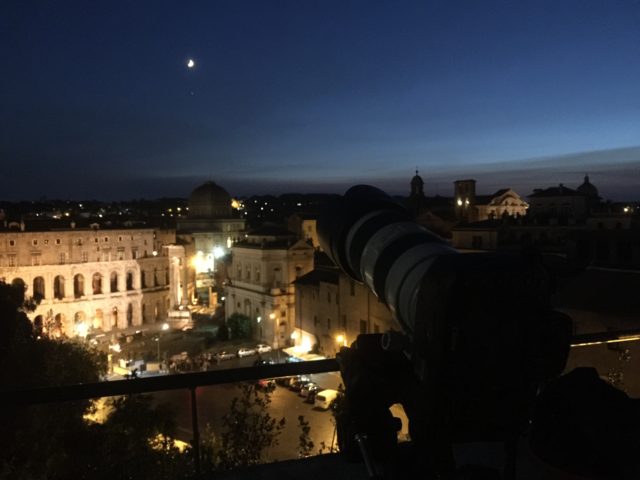 I managed to reach the Capitoline Hill in Rome, setting up my imaging gear: a sturdy tripod, one of my Canon 7DmII DSLR bodies and the amazing Canon EF 70-200mm f/2.8 L IS II USM lens. As you can see above, the sight was fantastic!

While the sky was still relatively bright, I could capture the Moon and Jupiter while some cirrus clouds were gently crossing the sky, adding a nice hue to the view and image. 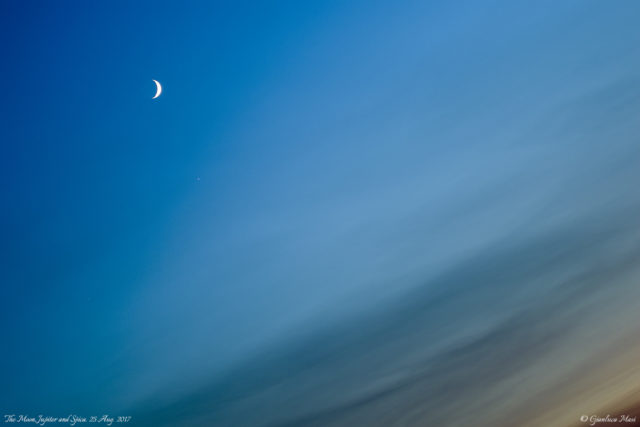 I must admit, I really like to image these subjects while the sky is still blue… and if I can capture the Earthshine this way, I’m very happy. Below is an image I did with this spirit, with the bonus to see also the four galilean moons around Jupiter! 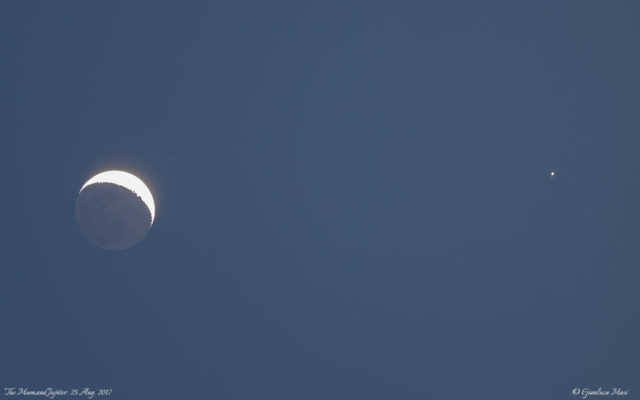 As soon as the sky was a bit darker, the atmosphere of the city changed and I could see our Moon, Jupiter and the bright star Spica, part of the Virgo (the Maiden) zodiacal constellation, hanging above  the Great Synagogue of Rome. 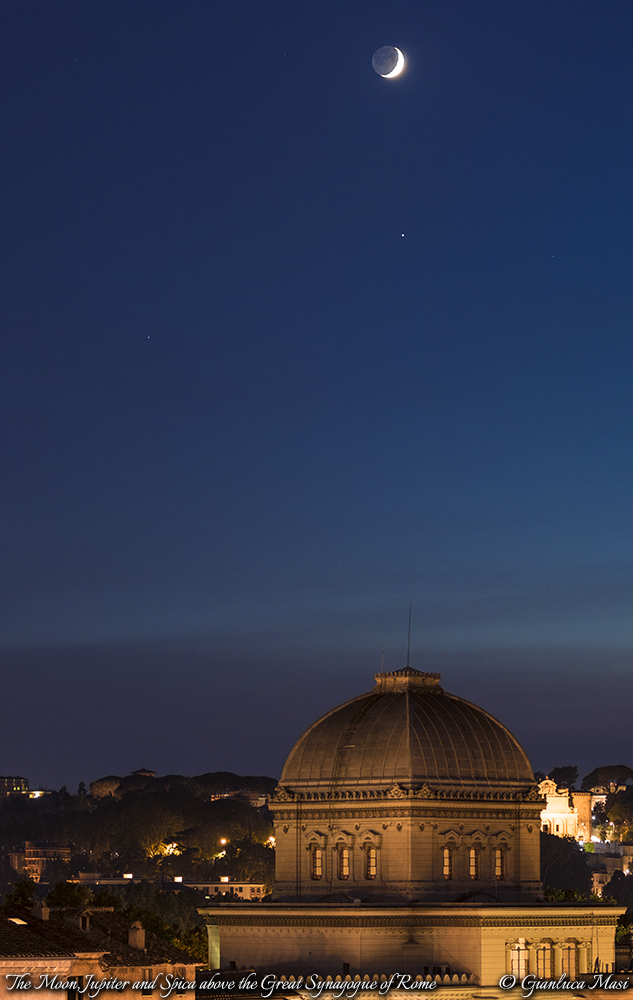 The Moon, Jupiter and Spica hang above the Great Synagogue of Rome: 25 Aug. 2017

As always, taking some time to look at the sky was truly rewarding. I hope these images bring to you that feeling of awe and beauty I always experience when I look up at the stars and that next time you will go out there and enjoy all this by yourself.