On 12-13 Feb. 2019, planets Mars and Uranus had a nice conjunction. While Mars is visible by naked eye, Uranus requires a small binocular to be seen. Here it is an image we captured and we are happy to share. 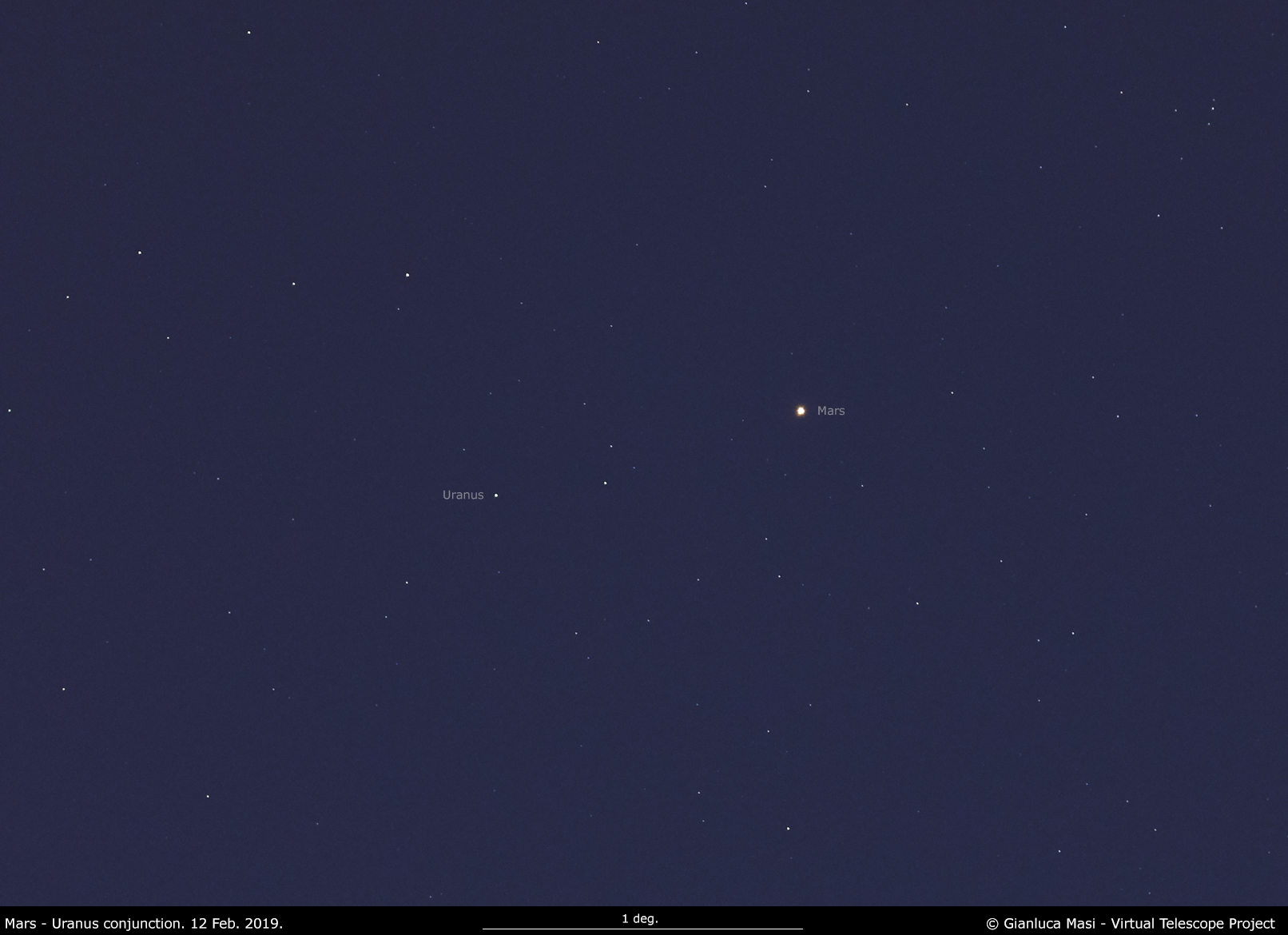 The image above was captured using a Canon 5D mark IV DSLR and a Canon 70-200/2.8 lens, used at 200 mm. Mars, by far the brightest object in the image, shows its typical red hue, while Uranus is one degree South-East from it. The image was grabbed from the very center of Rome, under very polluted skies.

While so simple, such a conjunction is always very fascinating, also offering a chance to find Uranus, using the much brighter Mars as reference. A lot of people, even those familiar with the sky, have never seen Uranus, so these nights are quite precious to locate and see that distant, gaseous giant planet.

For this image, a simple tripod was used, without any special device tracking the apparent, sidereal motion of the stars: you are invited to try yourself, with your own setup!

Back to Solar System page