Grabbing an hint of our presence in space is always fascinating and the International Space Station (ISS) is by far the most important evidence of that. Early this morning I could capture this spacecraft while it crossed the stars, above the Eternal City. 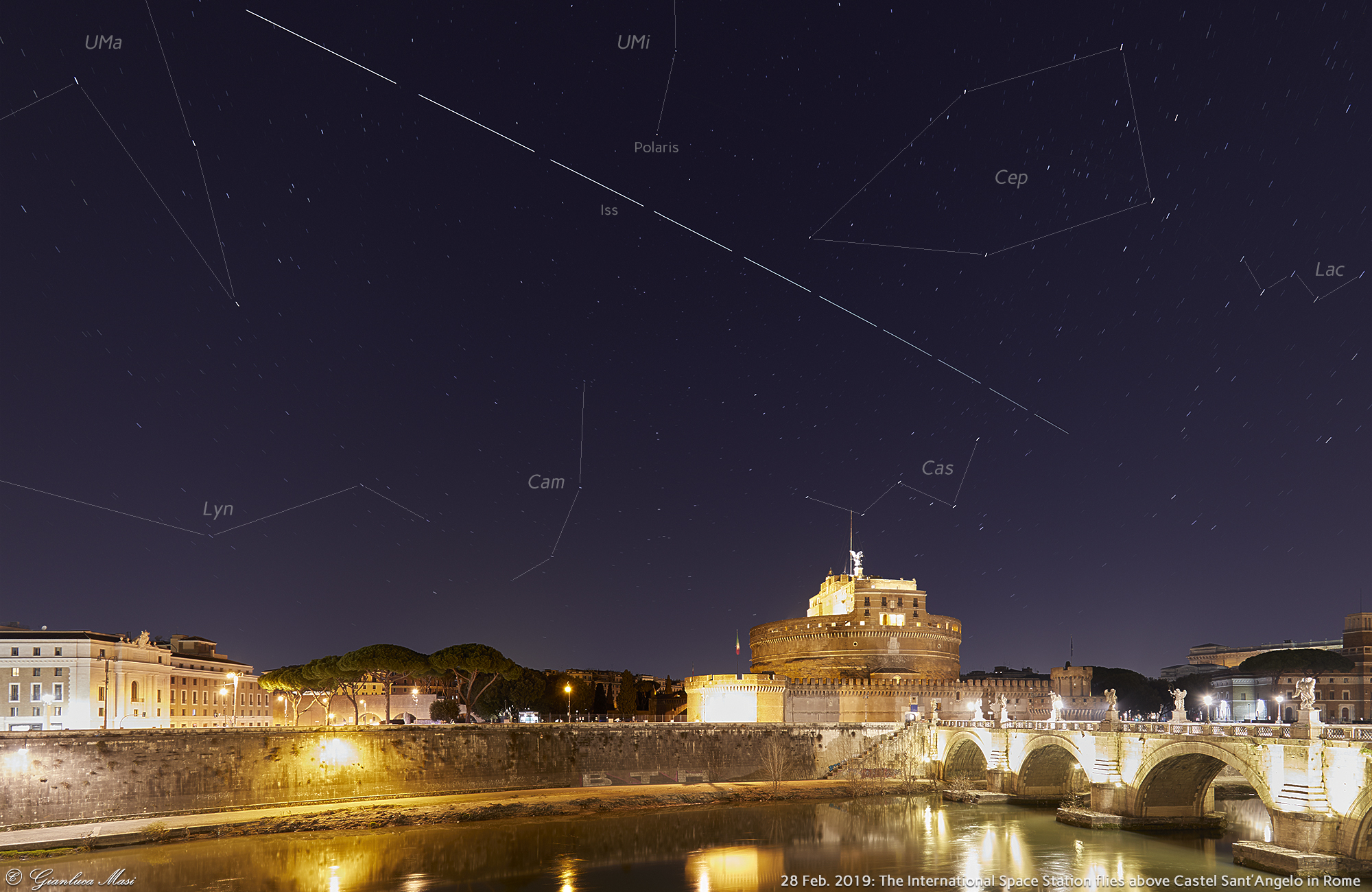 The International Space Station surfs the sky above Castel Sant’Angelo in Rome. Constellations are also visible and labelled – 28 Feb. 2019.

It has been some time after the last time I imaged the International Space Station. Since then, I have been monitoring forecasts for its brightest passes, but bad weather and personal things did not cooperate, until this morning. While evening passes are surely more comfortable for the easy time at when they occur, the morning sky is often better, with less dust and more stars, especially if you observe from a city.

The 28 Feb. 2019 @ 05:32:34 am local time pass was expected to peak at mag -3.6: while very bright, the ISS can be almost a magnitude brighter than that. After studying the details of the pass, I decided to setup my imaging hardware on the riverside of the Tiber, facing the ancient Mausoleum of Hadrian, also known as Castel Sant’Angelo. I wanted that panorama, hopefully including the Tiber river, too.

20 minutes before the transit I was there, setting up one of my Canon 5D Mark IV DSLR bodies with a Canon EF 16-35mm f/4L IS USM lens on my lighter tripod. I used the lens at 16mm@f/4. The view was almost exactly to North, with the star Polaris in the field of view.

I managed to capture ten frames, later combined to create the image above: the International Space Station is, obviously, the dashed trail running from the upper left to the bottom right, showing as the spacecraft decreased its brightness while moving from the top left (it peaked in brightness at the beginning of the first trail) to the bottom right. You can also see how the angular speed of the satellite decreased, too.

Below you will find the same image as above, without the Constellation’s names and lines. 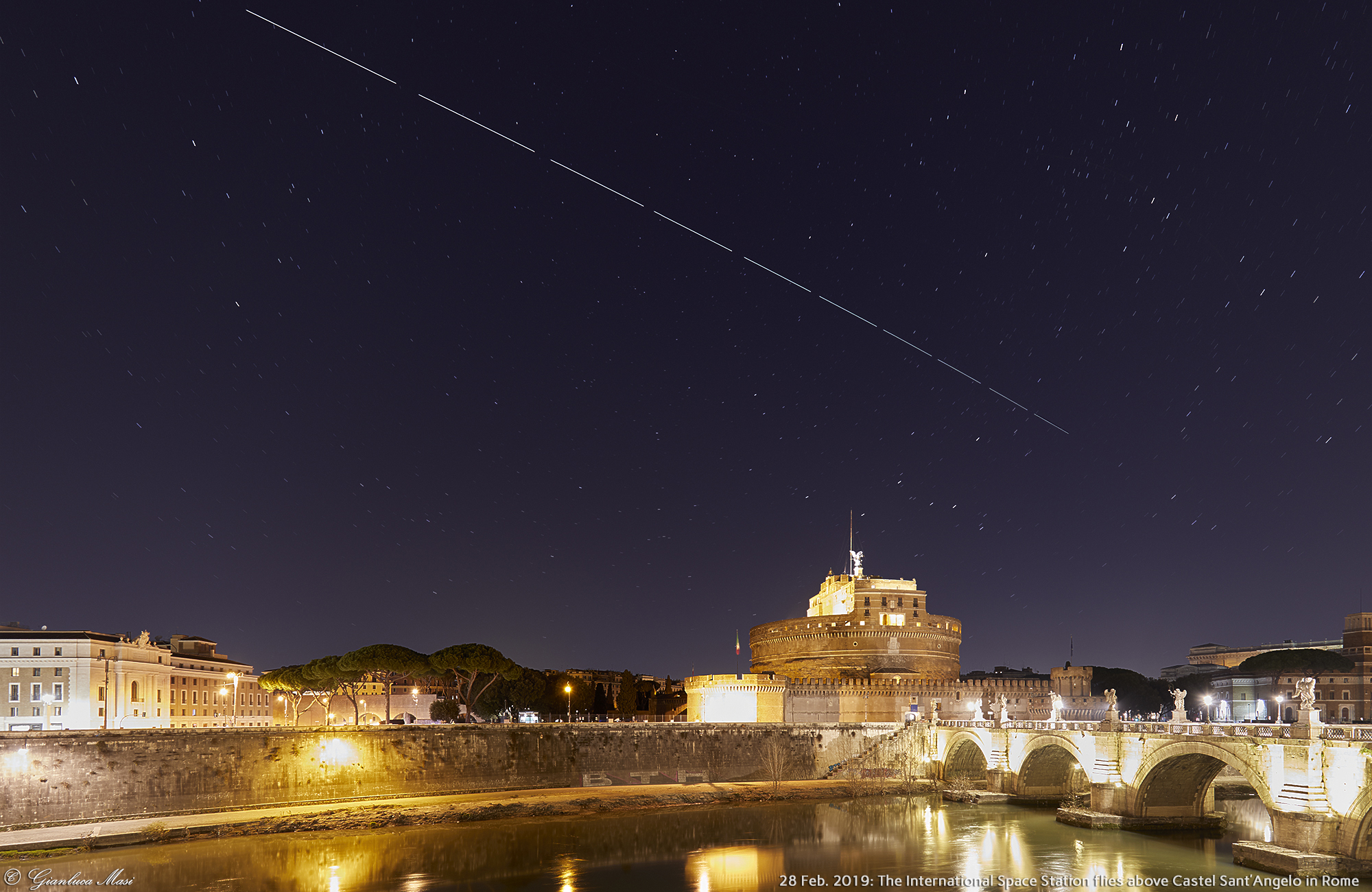 The International Space Station surfs the sky above Castel Sant’Angelo in Rome – 28 Feb. 2019.

I hope I liked the view as me!