Now that the International Space Station (ISS) is crossing the sky early in the evening, I planned a few imaging session from Rome. Here it is its pass above the Roman Forum, one of the most precious ancient  treasure worldwide. 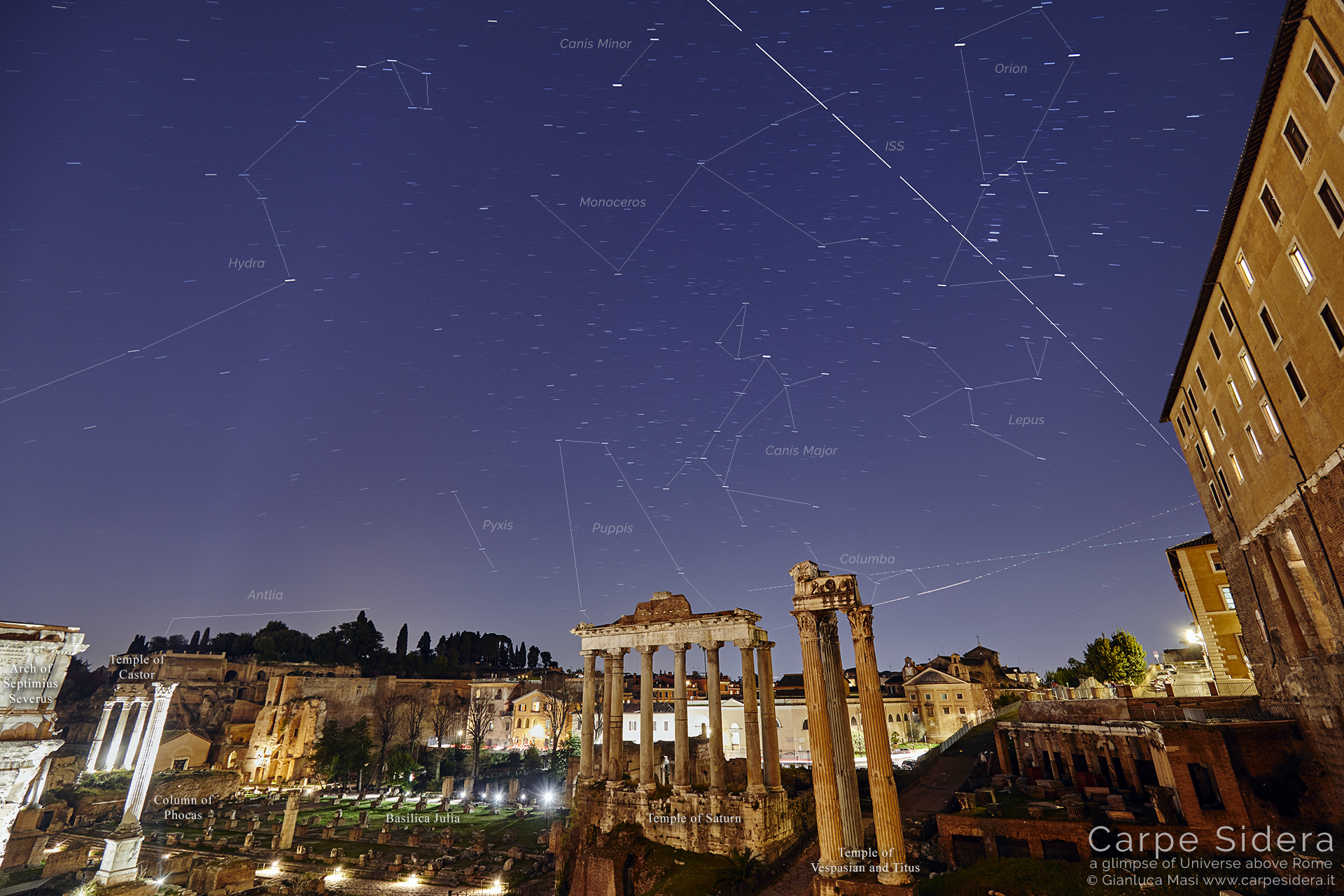 The International Space Station crosses the sky above the Roman Forum: constellations and main monuments are labelled – 22 Mar. 2019

After about three weeks from my early morning catch, the International Space Station is now well visible from Italy early in the evening, so I planned a more comfortable imaging session, once I saw it was going to fly above the glory of Ancient Rome. On 22 Mar., in fact, such a space stuff was making a bright pass above the Roman Forum, I place I really love, just before dinner.

30 minutes before the transit I walked there, setting up one of my Canon 5D Mark IV DSLR bodies with a Canon EF 16-35mm f/4L IS USM lens on my heavy tripod, above the Capitoline Hill. I used the lens at 16mm@f/4. The view was almost exactly looking South, with the Winter stars quickly leaving the scene.

I managed to capture eleven frames, later combined to create the image above: the International Space Station is, obviously, the dashed trail running from the right to the upper center. As I used the same exposure time for each frame, the different length of the ISS is simply due to its changing apparent speed in the sky.

The image above shows a number of constellations with their names: Orion, Canon Minor, Monoceros, Lepus, Columba, Puppis, Pixis, Antlia and Hydra. I Also marked some of the main monuments of the area.

Below you will find the same image as above, without the names, labels and lines. 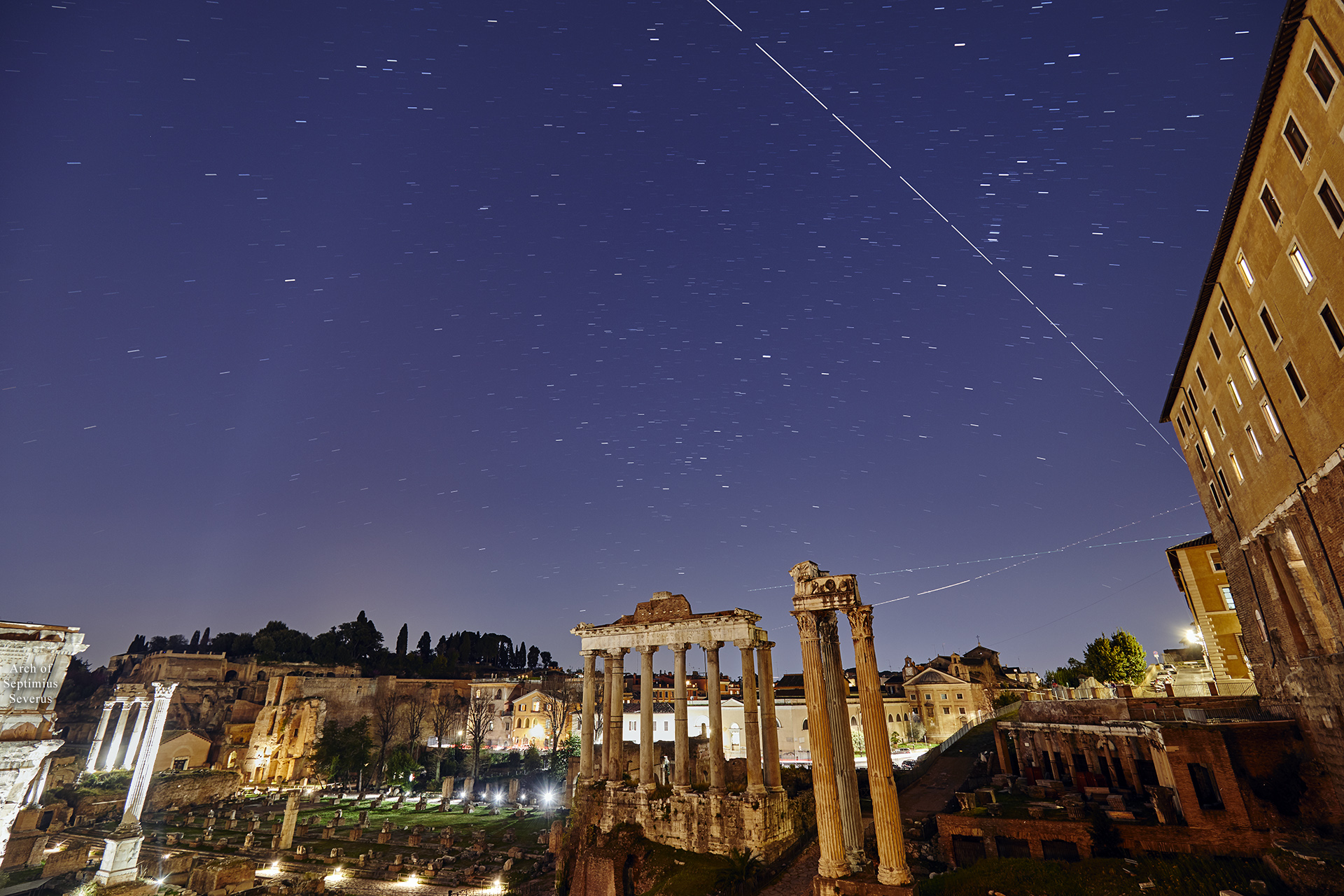 The International Space Station crosses the sky above the Roman Forum – 22 Mar. 2019