It is always great to see two planets sharing the same spot in the sky. A few days ago, just after sunset, it was possible to admire a Mercury – Mars close conjunction, with the two planets setting soon after our Sun, this making the sight not straightforward. We could observe and image it from Rome and now we are pleased to share what we saw with our community. 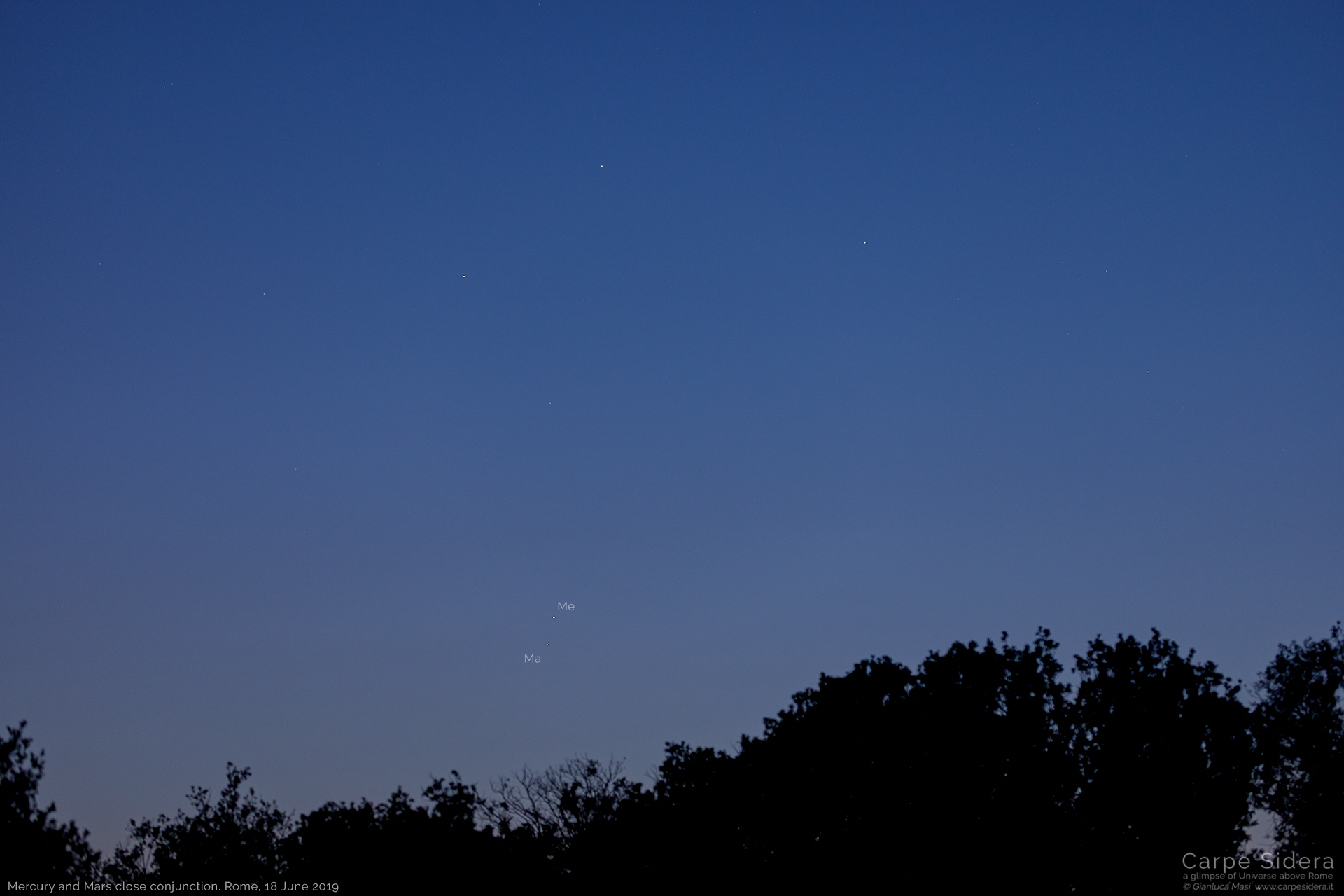 Mercury is a relatively elusive planet: because its orbit is well inside that of our Earth, the innermost planet can be seen only soon after sunset and just before sunrise, always in a relatively bright sky. In other words, it is well possible that you have never seen it, unless you specifically looked for it. Over the years, we imaged Mercury a number of times.

A few days ago, we had the opportunity to spy Mercury in close conjunction with Mars. Of course, in these cases the proximity is a mere matter of perspective: the two planets are very far away from each other,simply visible along the same line of sight from here, planet Earth.

See the image below: looking from the Earth, Mercury and Mars are along the same line of sight, but at very different distances from us and from each other. 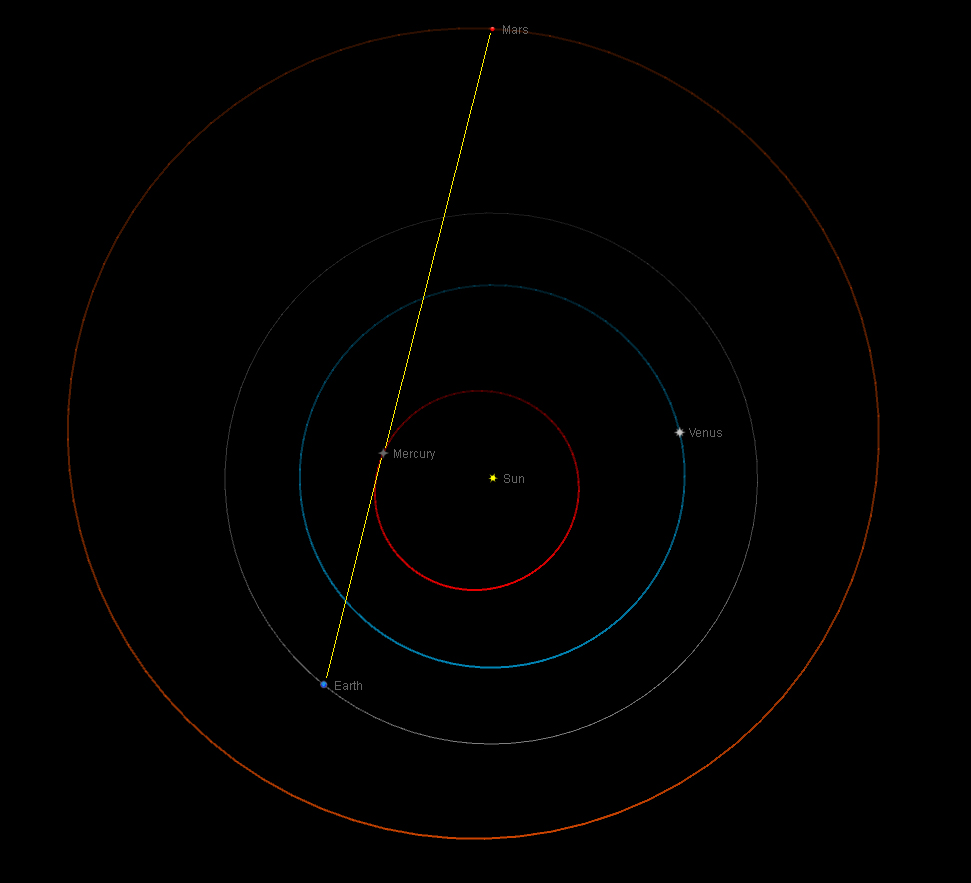 I managed to look for this conjunction together with my friend Giorgio Gioia, member of the Virtual Telescope team. We decided to use a small apo refractor and try to grab a few images, both with a smartphone (!), through the telescope’s eyepiece, and with a dedicated DSLR + tele lens platform.

After sunset, it took a while to locate Mercury, the brightest object in the pair, because of the very bright sky. Scanning the right part of the sky with the telescope, we could finally locate the couple, enjoying the red hue of Mars, the brightest Mercury and its “first quarter” phase.

Using our smartphones, we could capture a snapshot showing both Mercury and Mars: far from perfection, but enough to share the beauty with you. 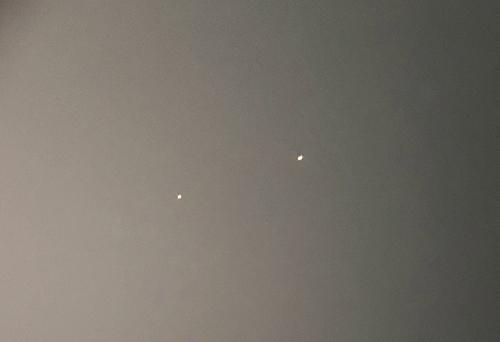 Mercury (right) and Mars, imaged with a smartphone through a small telescope – 18 June 2019

I used my Canon 5D mark IV and a 70-200 lens to capture the sight, too. The planets were in the Gemini (“Twins”) constellation, with its brightest stars (Castor and Pollux) well visible too. 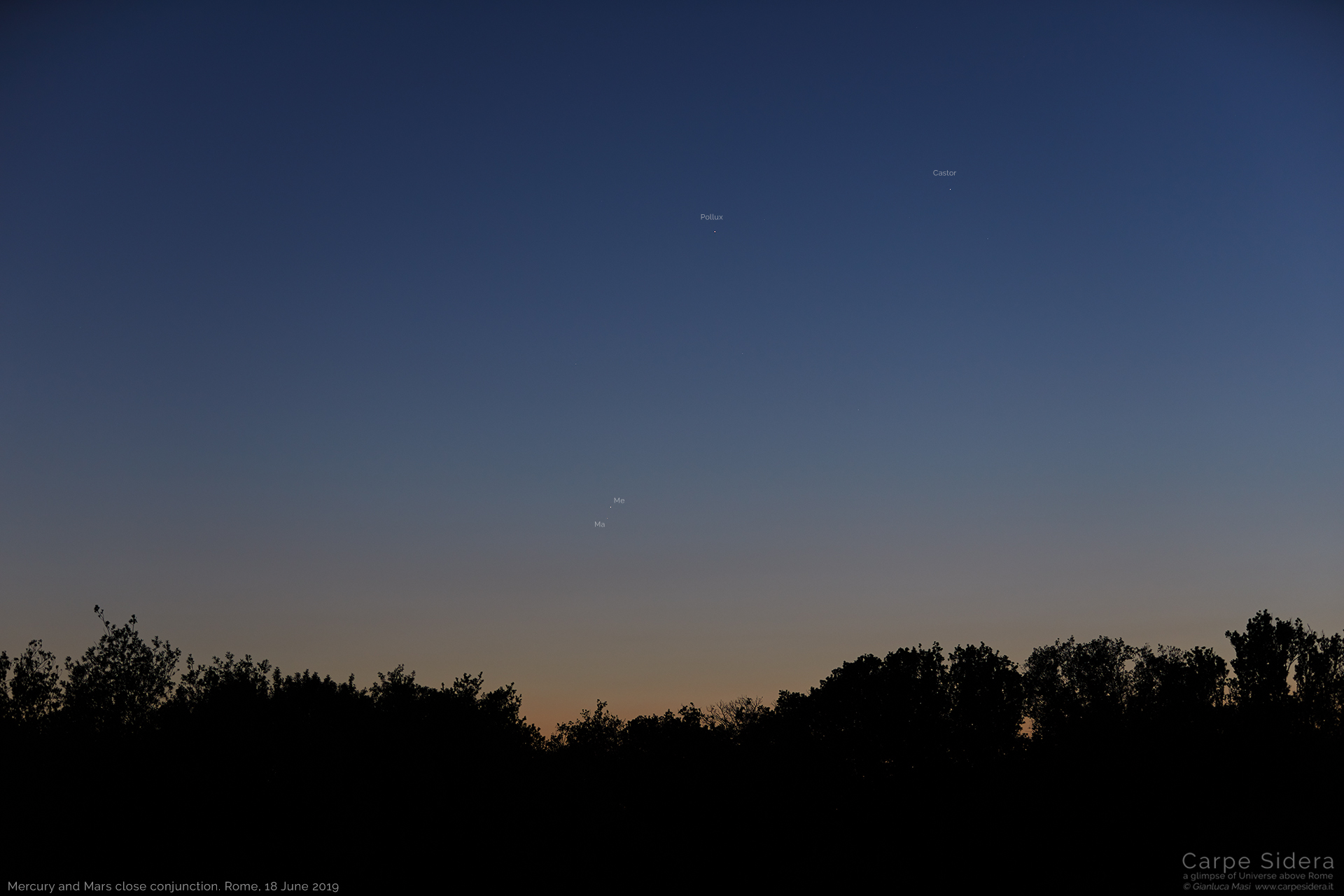 Mercury and Mars shine together with Castor and Pollux, the brightest stars in Gemini (“Twins”) – 18 June 2019

In 30 minutes or so, around 10:00 PM DST local time, it was time to say goodbye to Mars and Mercury. At that point, the sky was a bit darker, and several stars were visible, as in the close-up below, grabbed at 200 mm of focal length. 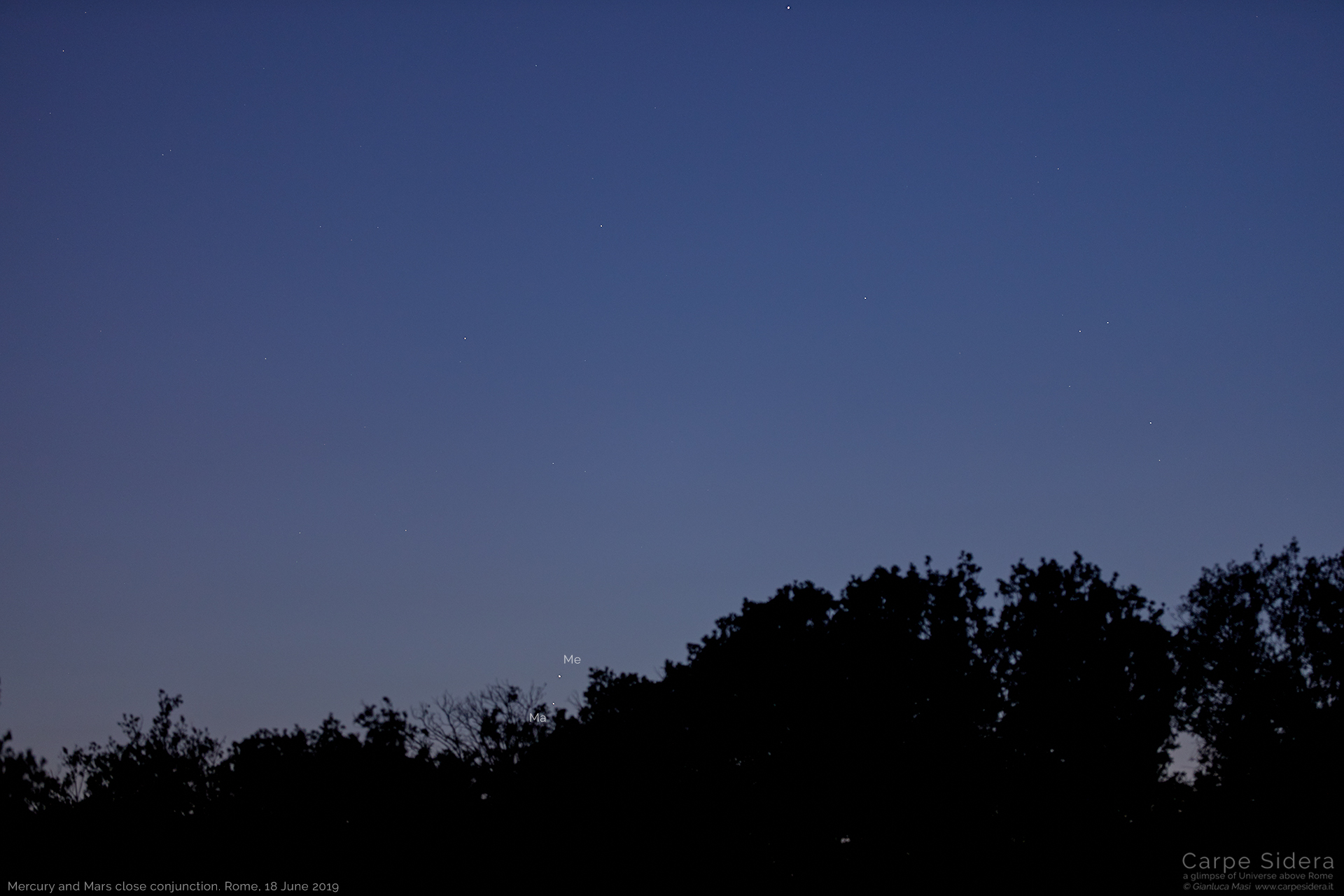 The show was over, for this time, but be ready for the next one!