The 16 July 2019 lunar eclipse: images and report from Rome

Needless to say: the recent lunar eclipse was superb. We could enjoy it from Rome, under a great sky, sharing it with almost one-hundred thousand of people, both locally and online. Just perfect to celebrate the 50th Anniversary of the Apollo 11 launch. Here it is a quick report.

The 16 July 2019 lunar eclipse experience was honestly unique. And such a splendid opportunity to celebrate the 50th Anniversaty of the Apollo 11 launch, bringing the first men on the Moon. We could admire it from a special place in Rome, the Pons Fabricius, the most ancient (more than 2100 years old) bridge in Rome, with hundreds of curious people joining us. We had a telescope there, so people could look both with their own eyes and through the telescope. At the same time, we showed the eclipsed Moon via our live feed, reaching one-hundred thousand of viewers all around the planet.

As soon as we (Giorgio Gioia, Alessio Sabatino and myself) arrived at the event’s venue, we quickly installed our telescope, to be ready on time. I must say that the place was honestly amazing: the sight stretched from the bridge to the Tiber river, from the Tiber Island to the sky, a unique balcony facing the rising, eclipsed Moon.

Checking all is ready

There were a few TVs waiting for the show, too: it is always so nice to see how the sky is able to capture such a wide attention. We just needed the Moon. It took 30 minutes or so to it to show from where we were and the first sight was amazing. Soon we started showing our satellite to the people attending the event, even if the eclipse was just started with a subtle penumbra. Minute after minute, the darkening was always more evident.

Starting the public event in Rome

Later, we also started our live streaming, finding many thousands of viewers connected! It was great to bring to everyone around the planet the magnificent experience we were having in Rome, the Eternal City. 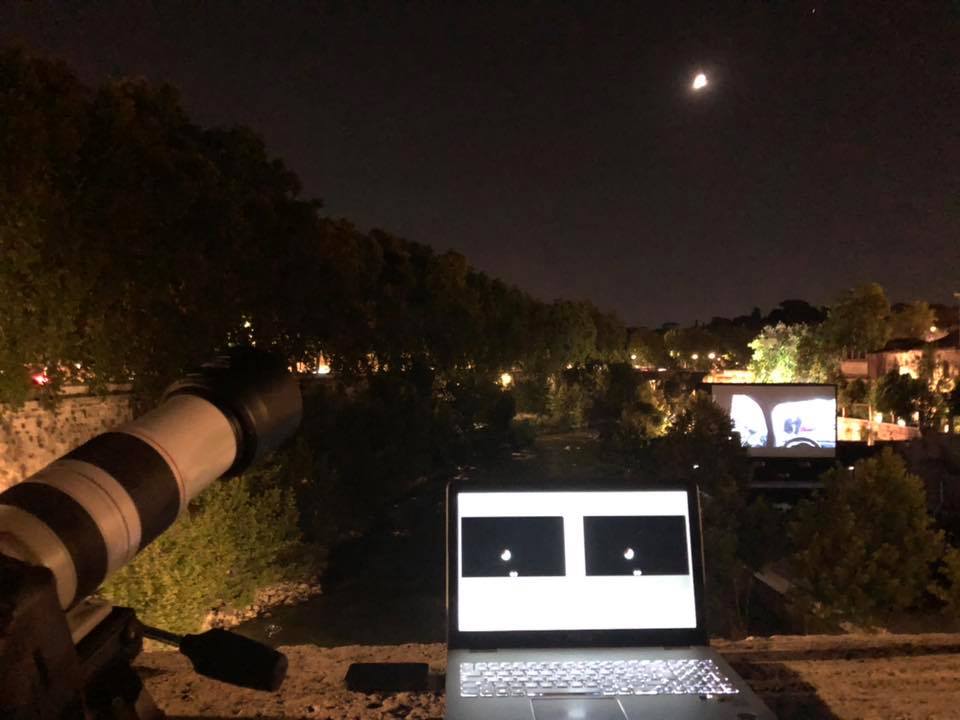 The imaging gear used to stream the eclipse.

I had the time to give a few interviews, too, this making the event an all-around cultural happening. Both the local and virtual audience had fun, looking at the huge feedback we had back. 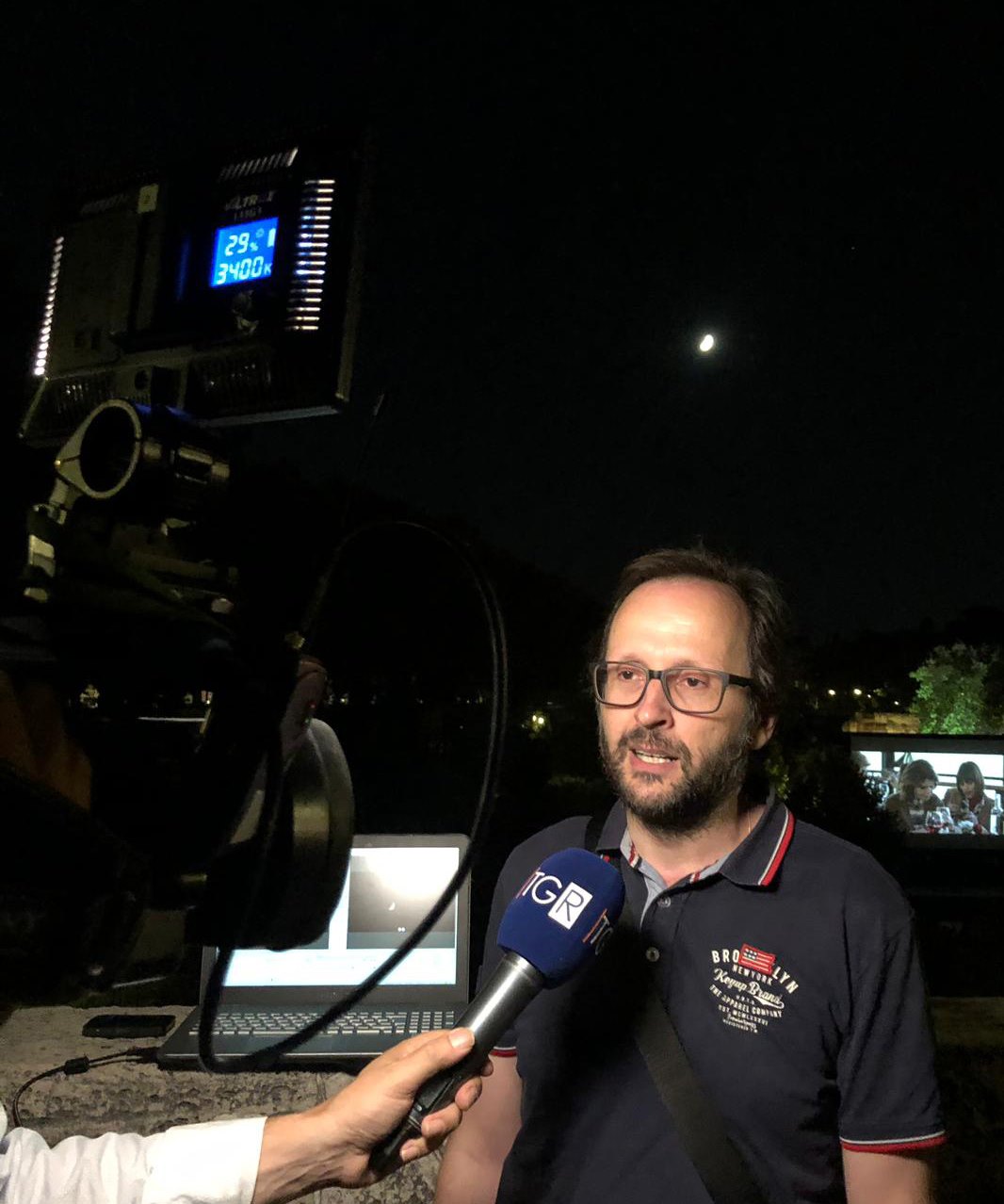 Astrophysicist Gianluca Masi, Director of the Virtual Telescope, during an interview

Below is the podcast from our live streaming. 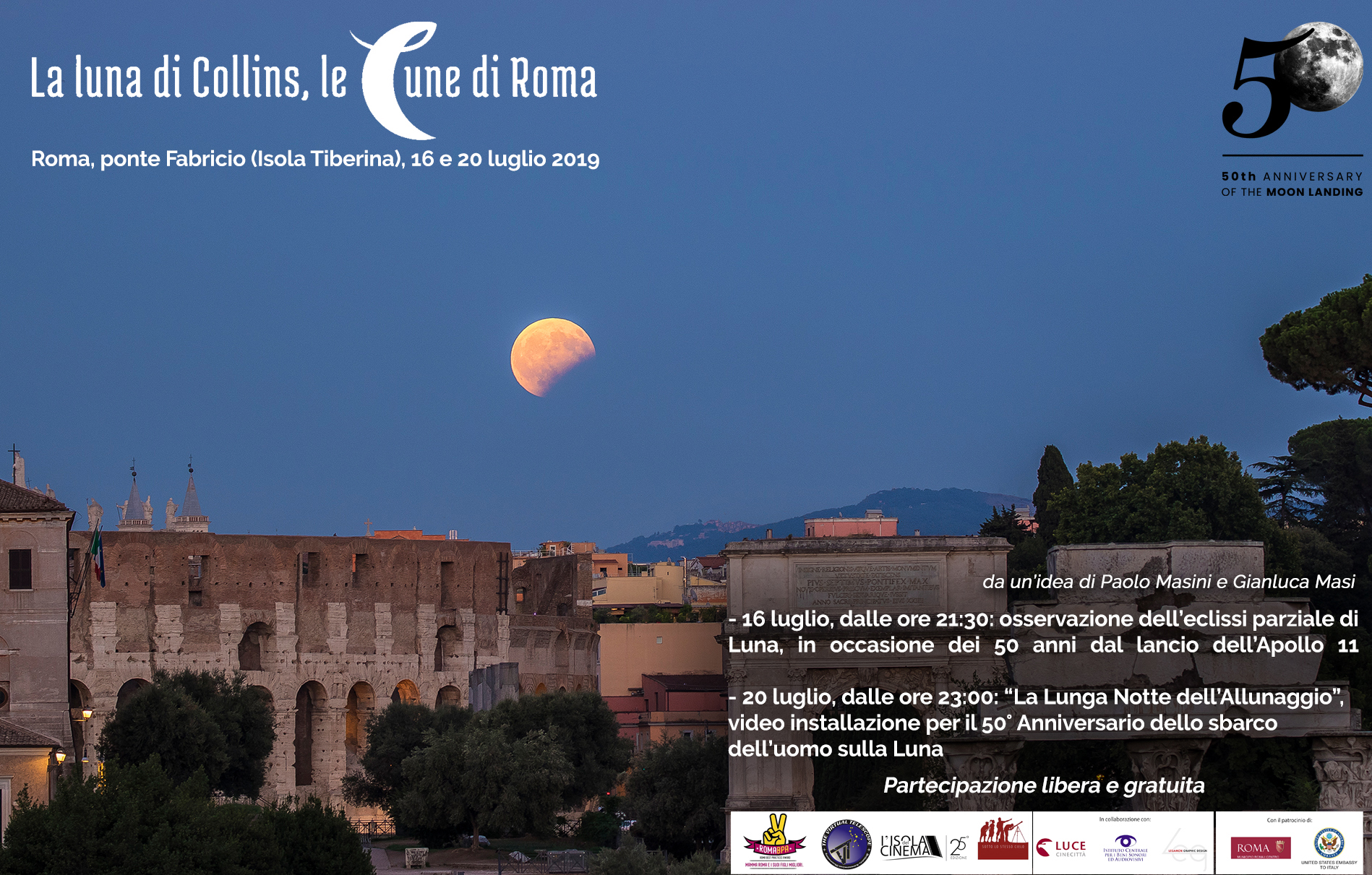