BepiColombo spacecraft: images of its flyby with the Earth – 10 Apr. 2020

This morning, we succeeded doing something unique: we could image the European Space Agency’s BepiColombo spacecraft having its flyby with the Earth, redirecting it towards the inner Solar System. At 22.300 km from us, this is the closest extraterrestrial object we ever imaged, after the International Space Station. 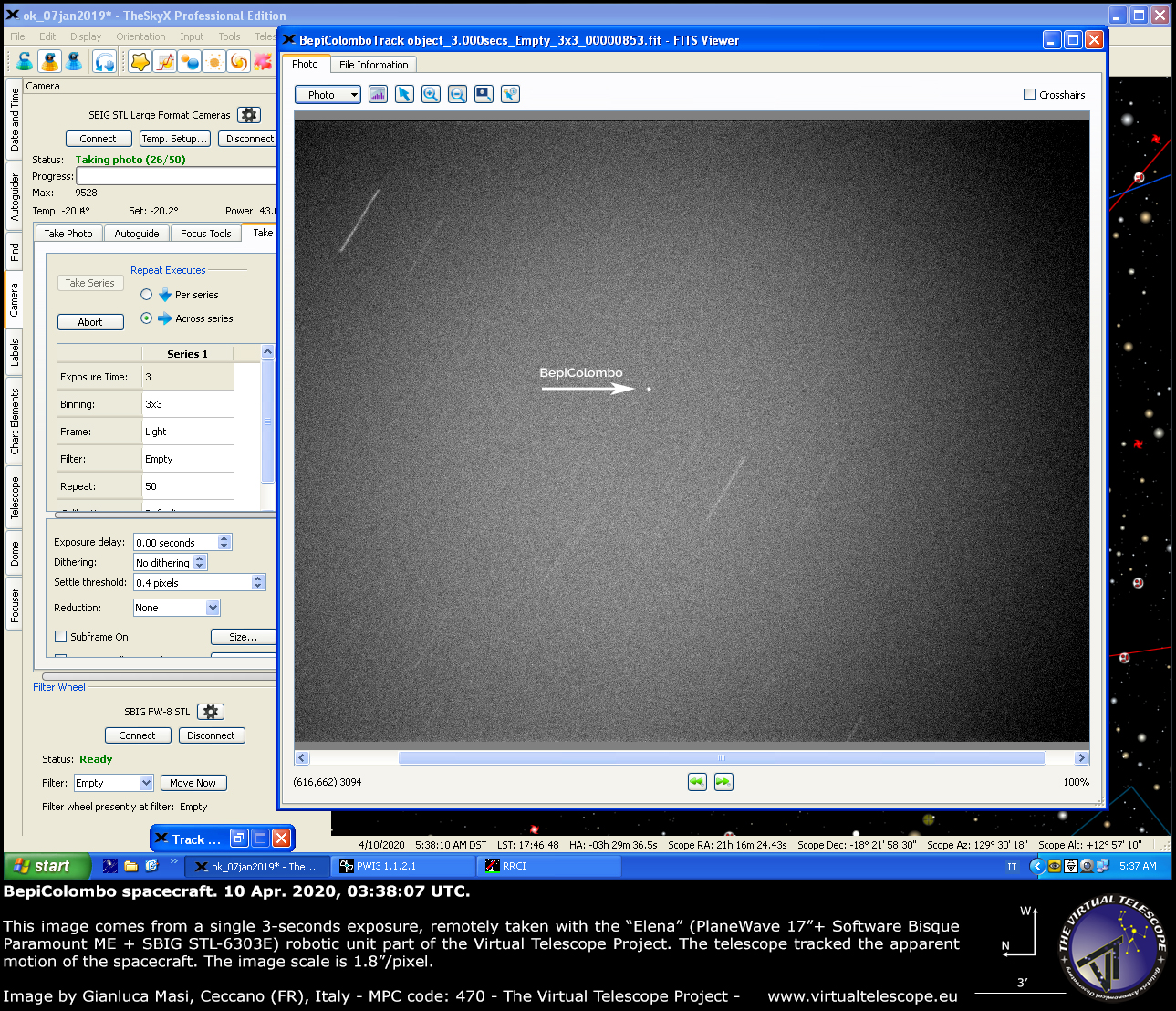 BepiColombo is an important space mission having Mercury, the innermost planet of our Solar System, as its scientific target. In order to reach it, the spacecraft is expected to do some special maneuvers, called planetary flybys. This way, the spacecraft can do important trajectory’s changes without wasting propellant. This really simplifies the overall mission logistic, as flybys make possible to do important manoeuvres without requiring propellant, so the spacecraft at launch can have a smaller mass (less propellant than otherwise required), which is great.

One of these essential flybys needed to change the kinetic energy of BepiColompo involved out home planet and was scheduled for this morning, nominally on 10 Apr. 2020, at 04:25 UTC,  with a minimum distance of 12.677 km from the Earth’s surface. I invite you to read this very interesting page from the European Space Agency, telling us a lot of interesting things about the flyby.

While this was happening, there was the real possibility to see the spacecraft from Earth. Trying to observe it with a big telescope is absolutely not obvious, mainly because the spacecraft would be moving very fast in the sky and tracking it is a truly demanding technological challenge.

But you know: the robotic telescopes part of the Virtual Telescope Project are among the most advanced ones in the world as far as tracking moving targets is concerned: often, we are the only facility releasing stunning, perfectly tracked images of very close approaching asteroids. I should at least try to capture BepiColombo.

I decided to use the main telescope available at the Virtual Telescope Project’s site in Ceccano, Italy, 90 km south of Rome, where I live. The fact that the observatory is fully remote made possible for me to plan and handle this complex task from Rome, so respecting the Covid-19 pandemic lockdown. 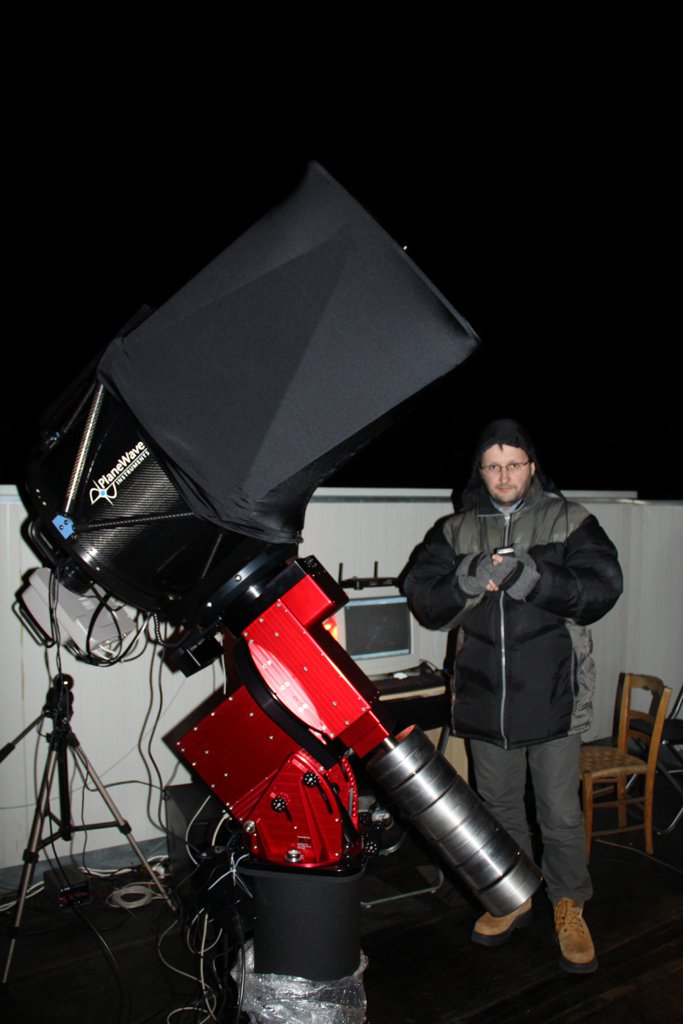 The “Elena” 17″ unit with Gianluca Masi, the owner and scientific coordinator of the Virtual Telescope Project

The robotic unit I decided to use is named “Elena”  (PlaneWave 17″+Paramount ME+SBIG STL-6303E) and it has, like the other telescope part of the project, the capability to track any object of known ephemeris. I managed to prepare the latter via the JPL’s HORIZONS system and made the data available to the telescope: at this point, I could only wait and hope.

The flyby time was in the morning twilight, making more complex to image something on the eastern horizon; furthermore a very bright Moon did not help. Finally, most the South-Eastern horizon of my observing site is not clear below 12 degrees of altitude, so I only had a very narrow window to try capturing this extremely demanding target.

At 03:20 UTC, when the target had to be in the clear part of my SE horizon, I did send to the remote telescope the command to slew to the BepiColombo expected position, asking it to track at the expected motion rates. The target was 10 deg above the horizon only! Once the scope finished slewing and begun tracking, I started capturing images and… Bepicolombo was inside the field of view! It was breathtaking, to say the least. It was a sharp dot of light, perfectly tracked. Image after image, I could see this man-made interplanetary traveler “flying” in front of the stars on the background.

I managed to capture a few tens of images before BepiColombo disappeared behind an obstacle I have in the SE direction. The last image I could capture was at 03:41:27 UTC, when the spacecraft was at about 22.300 km from my telescope. At that very moment, the motion rate of BepiColombo as seen from my observatory was of more than 54 deg/hour.

I hope this report will bring to you the excitement of this challenge and will inspire you a bit:  while we are limiting our physical spaces to cope Covid-19, we can still enjoy the cosmic spaces, waiting to win this battle.