Now almost ready to share it live, we captured Potentially Hazardous Asteroid (52768) 1998 OR2 again, appreciating its increased apparent brightness. Enjoy this image and be ready to spy it in real-time! 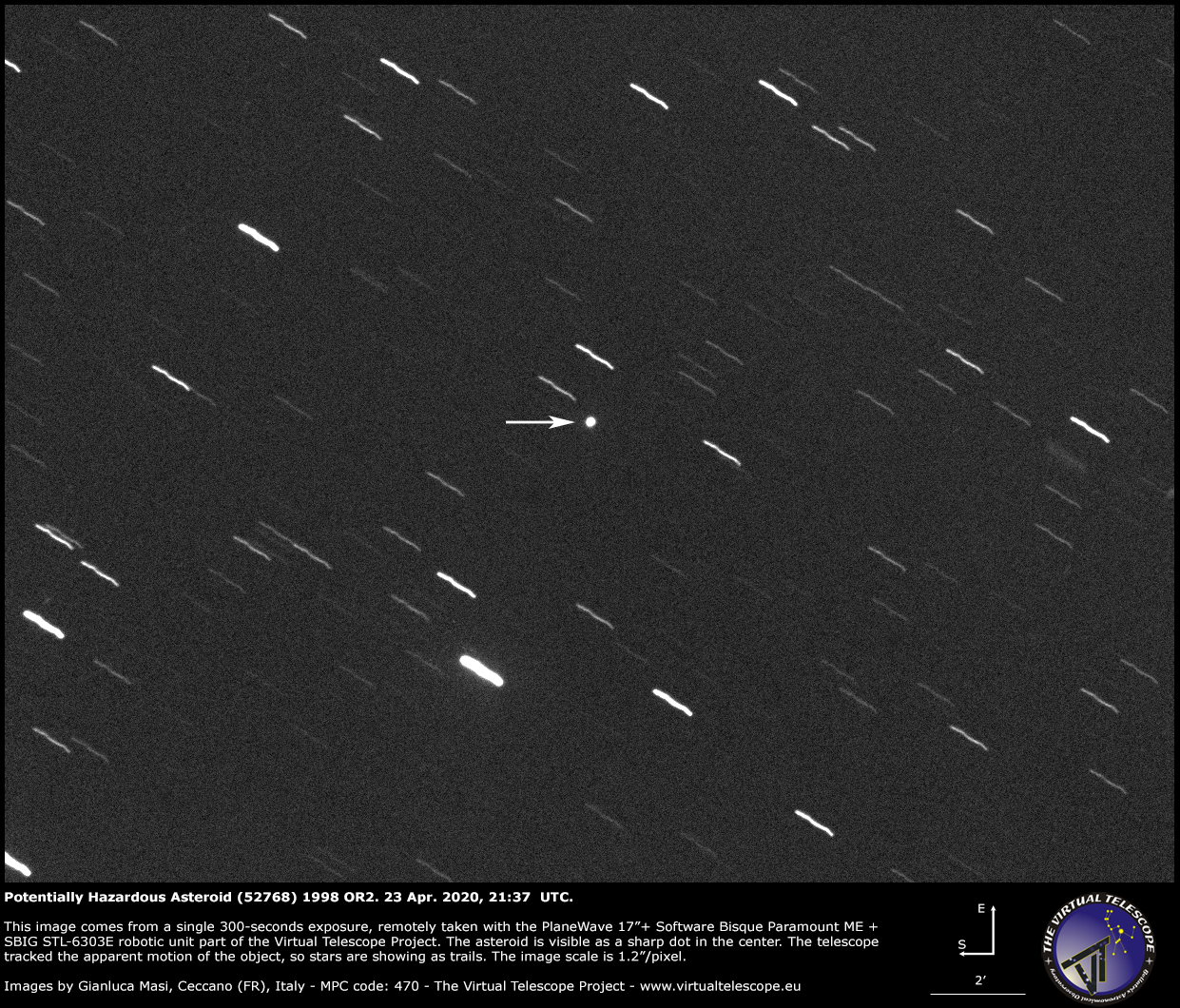 The image above comes from a single 300-seconds exposure, remotely taken with the “Elena” (PlaneWave 17″+Paramount ME+SBIG STL-6303E) robotic unit available at Virtual Telescope. The asteroid is in the center of the image, visible as a sharp dot of light, clearly marked. The telescope tracked the apparent motion of 1998 OR2.

A team of radio astronomers working at Arecibo Radio Telescope has just JUST released a few images and data, suggesting a diameter of about 2 km and a rotational period of about 4.1 hours, the latter being close to what we knew earlier.

When we imaged it, asteroid 1998 OR2 was at about 7.5 millions of km from us. This large asteroid will come as close as 6.3 millions of km from us next 29 Apr., – more than 16 times the average lunar distance: it will NOT hit us! – becoming bright enough to be seen with modest optical equipment, if you know where to look. We will show it live, online.