As a message of hope, we observed asteroids (2171) Kiev and (787) Moskva on the same night, within a few minutes and in the same spot of the sky. Here we share their images. 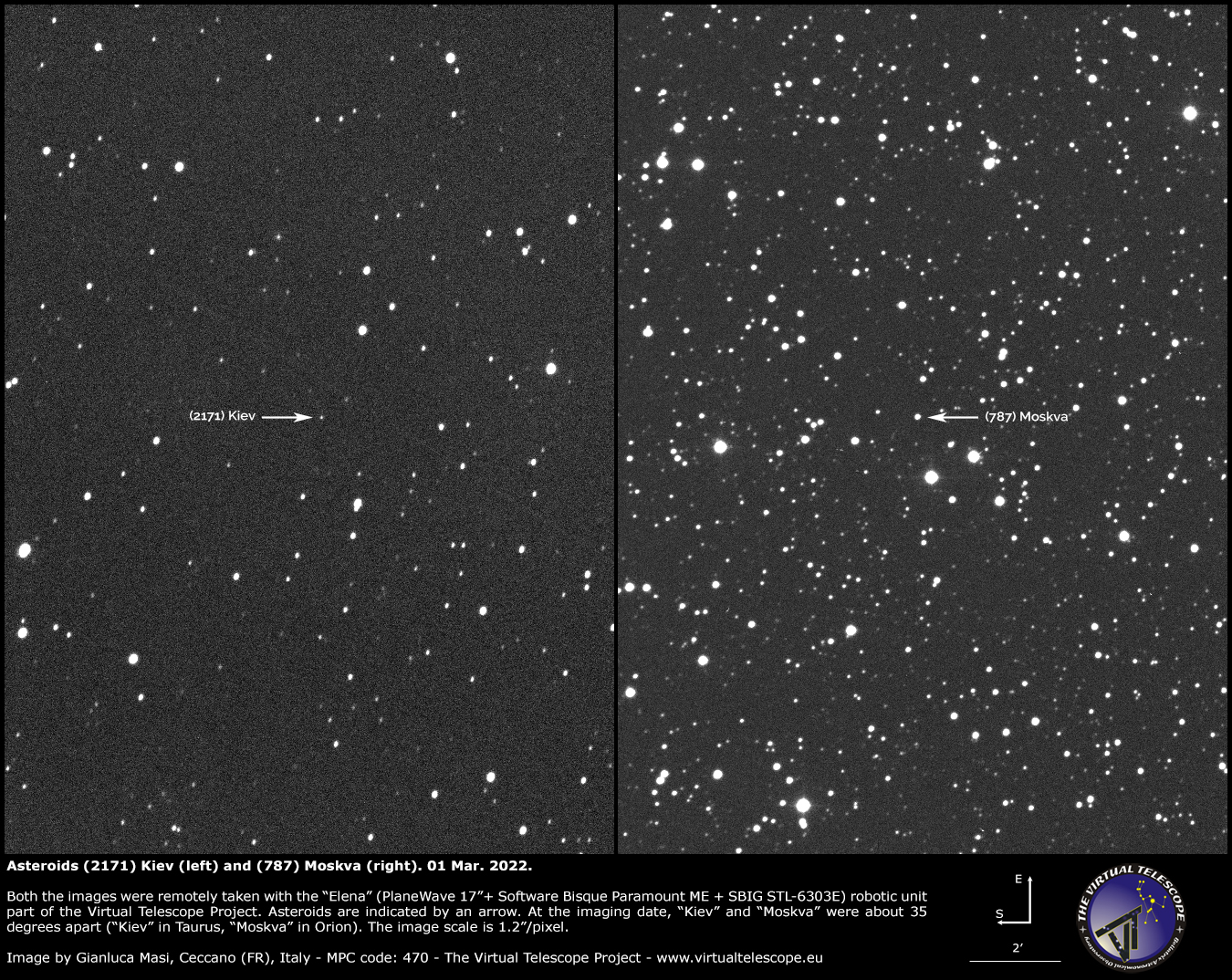 The two asteroids were within 35 degrees in the sky: “Kiev” was showing in the Taurus (the Bull) constellation, while “Moskva” was in Orion. Of course, with their names, these two minor planets celebrates the Capital Cities of Ukraine and Russia, respectively. 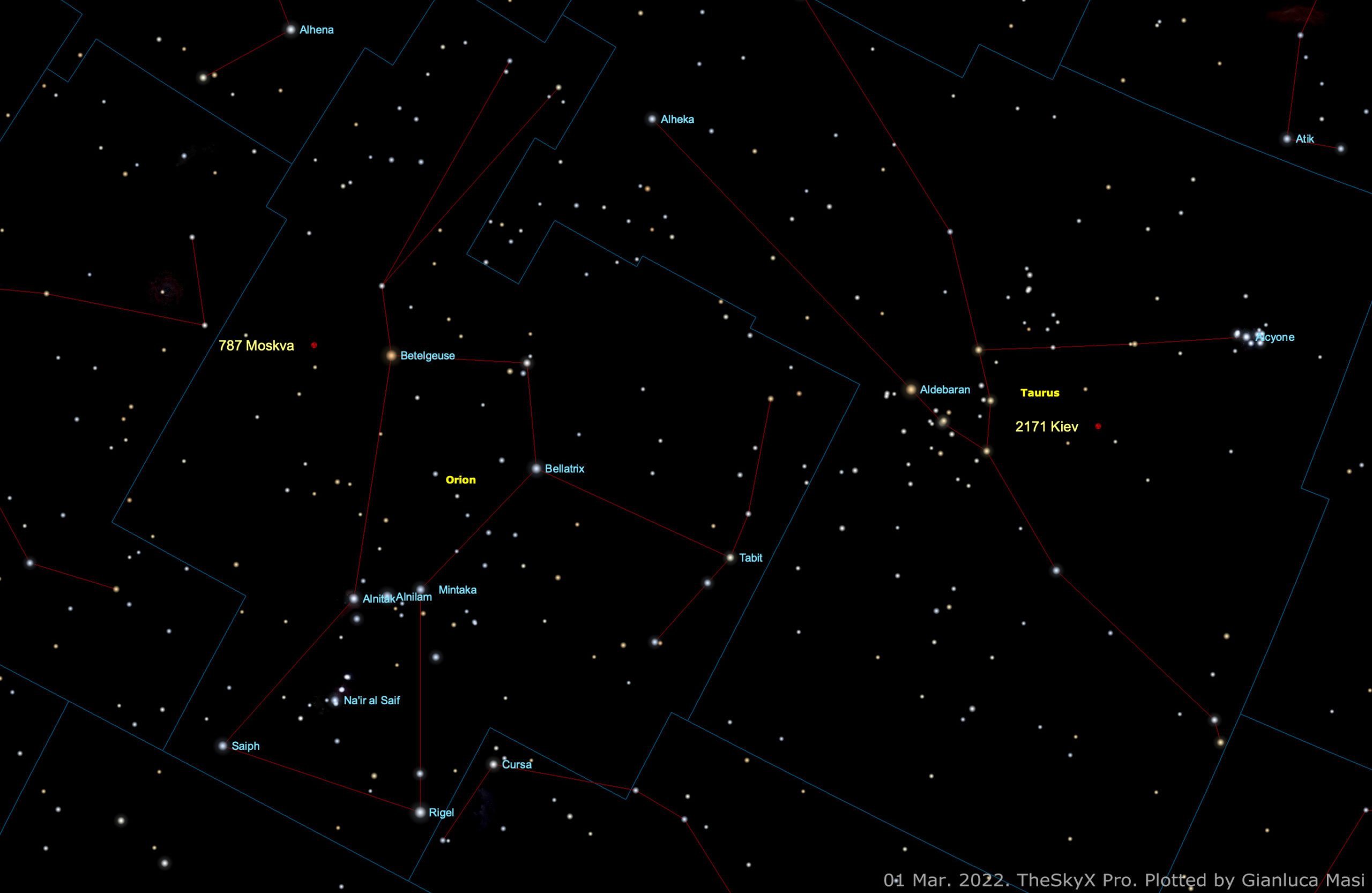 (787) Moskva was discovered on 20 April 1914 by Grigory Nikolayevich Neujmin (1885-1946) from the Simeiz Observatory in Crimea. Neujimin was born in Tbilisi (Georgia), at the time of the Russian Empire. He is credited with the discovery of 74 asteroids and 6 comets.

(2171) Kiev was discovered on 28 Aug. 1973 by Tamara Mikhaylovna Smirnova (1935-2001) from the Crimean Astrophysical Observatory. Smirnova was born Genichesk (Ukraine), at the time of the USSR. She is credited with the discovery of 135 asteroids and one comet. Since Apr. 2020, we know that (2171) Kiev has a little satellite, being a binary asteroid.

Reading the names of these two cities in the same spot of the sky, among legendary star and constellation names looked as a sign of hope for us. Hopefully, those Countries will be in peace soon, also remembering that science and beauty of the same sky unite people living on the same mote of cosmic dust we call Earth.