The International Space Station and a colourful Jupiter corona – 2 Oct. 2022

The sky always amazes us much more than our expectations. This also happened earlier this month, when we spotted the International Space Station moving into the Earth shadow while planet Jupiter was showing a precious, colourful corona. 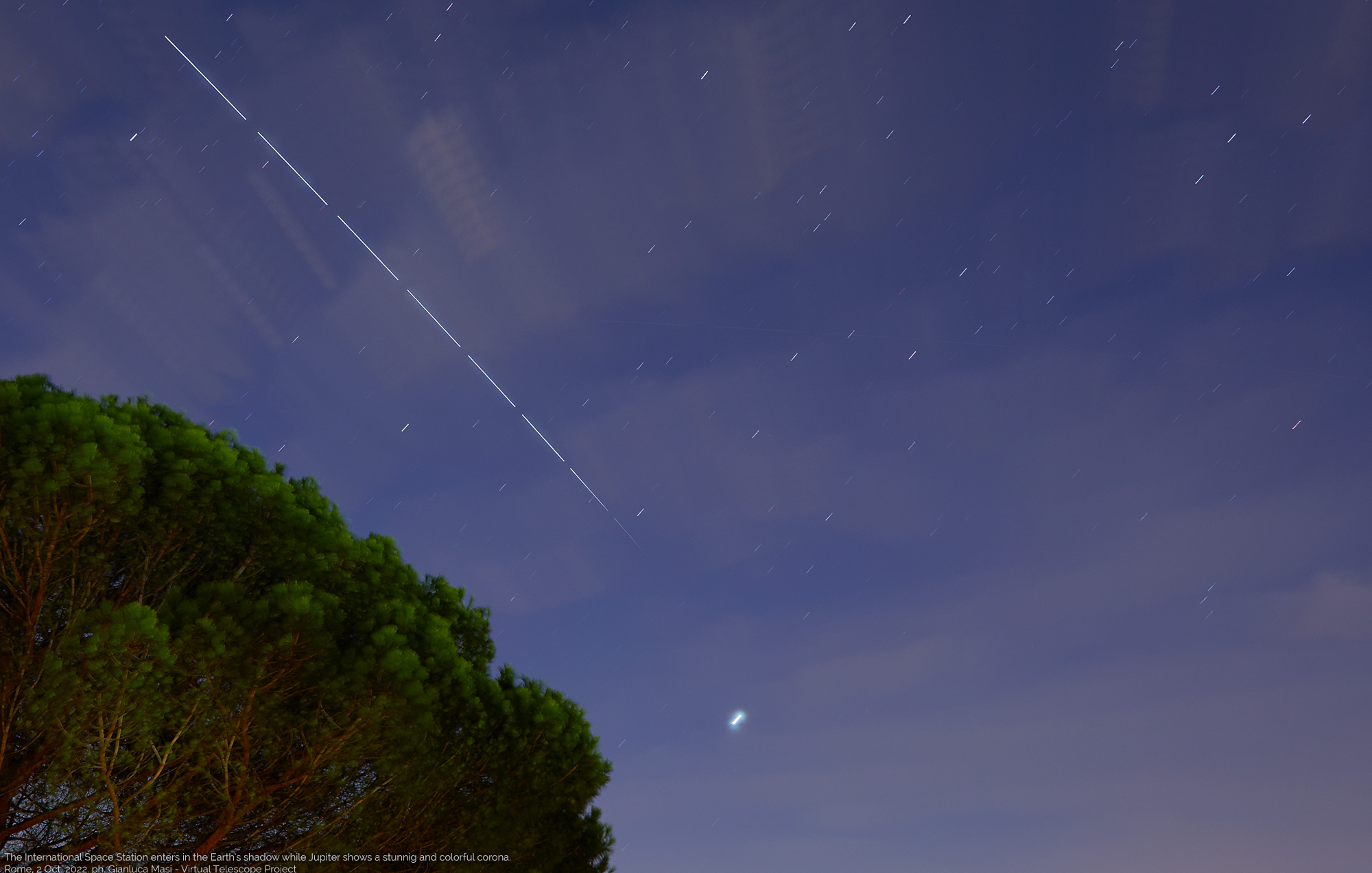 This picture is one of those you cannot really plan ahead: simply put, you must be out there at the very right time.

On 2 Oct. 2022, early in the evening, the International Space Station (ISS) made a spectacular pass above Rome. I prepared my imaging gear on my balcony, as I wanted to capture the Station while Italian astronaut Samantha Cristoforetti, Commander of the ISS, is on board. A way to celebrate her stunning dedication and very inspiring work!

The transit started in a less-than-ideal sky, with thin, high clouds scattered all around. I calculated that the Station was going to disappear (because gradually moving into the Earth’s shadow) close to the bright planet Jupiter, so I managed to capture the last fraction of the ISS trail, with Jupiter just below.

While fine tuning my imaging camera, I noticed that those thin layers of clouds were offering something quite rare to my view: an elegant, very colourful corona around Jupiter, due to diffraction of its light by individual small water droplets. I sometimes saw and imaged such a corona with Venus (much brighter than Jupiter, comparable in apparent brightness to the ISS), often with the Moon, but with Jupiter is quite rare to see a bright, well-defined one.

I could only hope that the corona could last long enough to have the ISS moving in the same spot of the sky, to capture both. And that happened.

I must say that this image really impresses me, also because hints of a corona are also visible along the trail of the ISS. I managed to get higher resolution images of the corona around Jupiter, making its beauty mind-blowing. 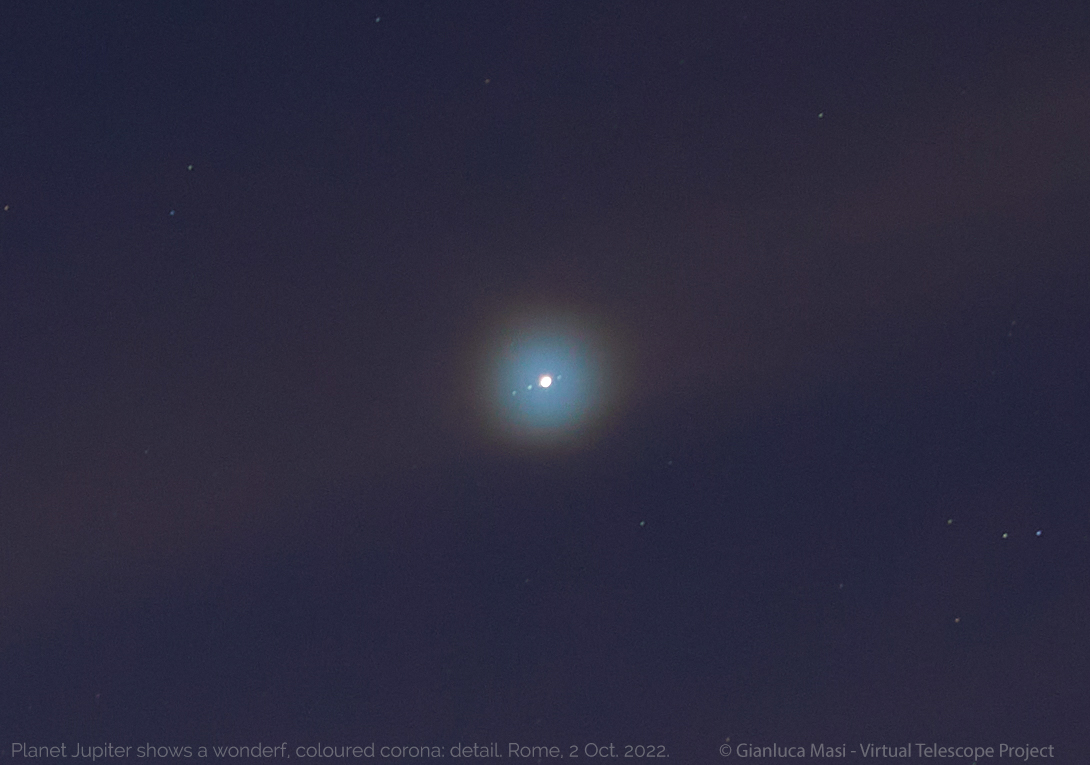