We did something epic: we imaged the Artemis I – Orion spacecraft with our robotic telescopes, while it is orbiting the Moon. We are proud and pleased to share this unique image with the world. 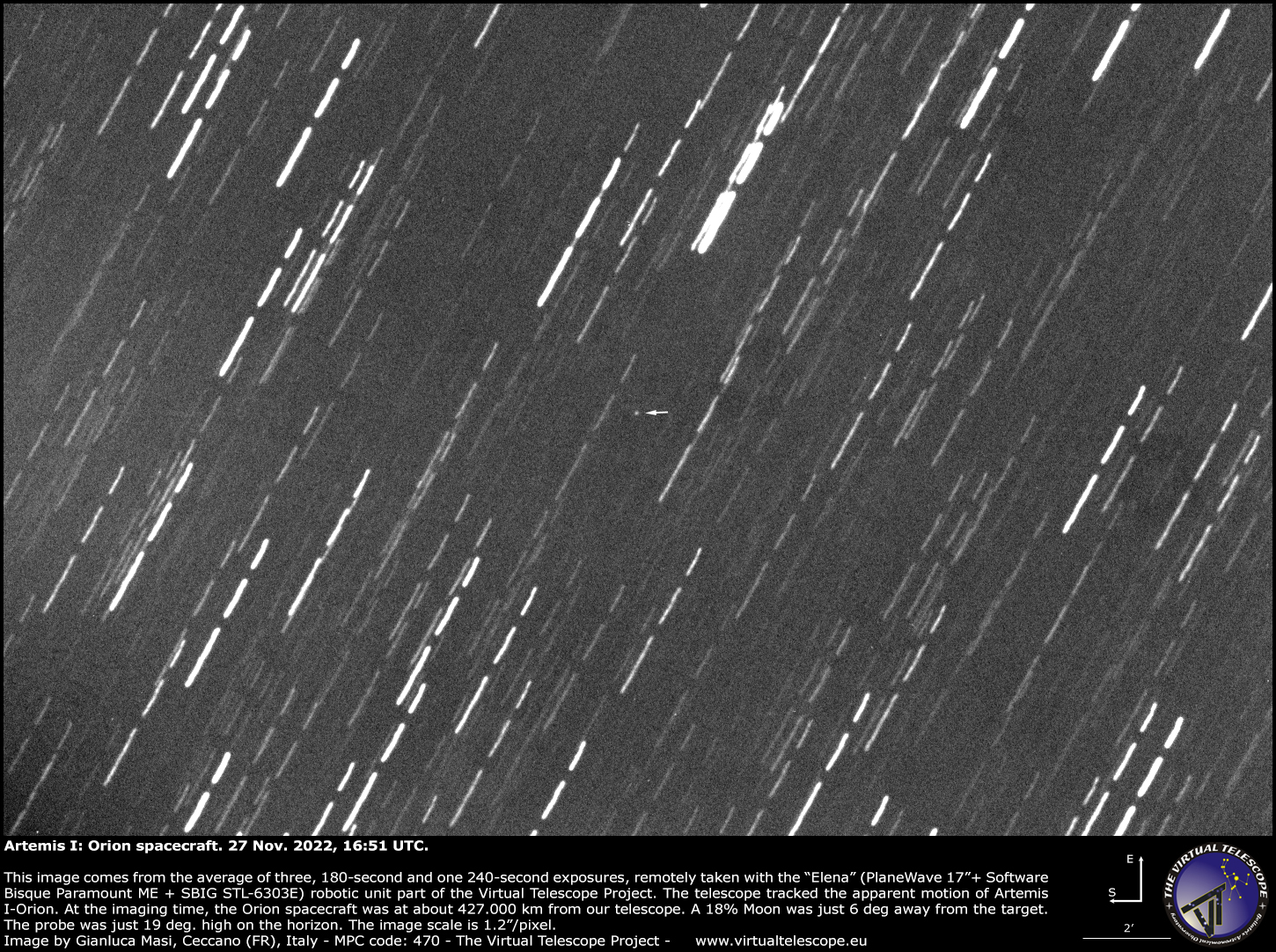 The Artemis I – Orion spacecraft in orbit around the Moon, close to its farthest distance from us: 27 Nov. 2022.

The image above comes from the average of three 120-second and one 240-second exposures, remotely taken with the “Elena” (PlaneWave 17″ + Paramount ME + SBIG STL-6303E) robotic unit available at Virtual Telescope. The telescope tracked Orion’s apparent motion, this is why stars look like long trails while the probe is a sharp dot of light.

Taking such a picture was quite difficult. While we planned to capture Orion on its way to the Moon, weather made that impossible and, once it cooperated, the Moon was “new”, so not visible from Earth. We tried this evening, at dusk, hoping to spot it, despite the target was less than 20 deg high above the South-Western horizon and just 6 degrees away from the Moon, adding its glare to an already bright background. I estimated the brightness for Orion to be around magnitude 16.5 or so.

To capture the spacecraft, we used the JPL’s Horizons System and asked our Software Bisque’s Paramount ME robotic mount to track it, something we have been doing many times. So, we started imaging and the very first image showed Orion pretty well: everything worked to perfection.

At the imaging time, Orion was about 427.000 km from us, still farther than the Moon: yesterday, “Orion surpassed the distance record for a mission with a spacecraft designed to carry humans to deep space and back to Earth”, as Nasa said.

This is a record setting image: to our knowledge, no other images of Artemis I – Orion were taken before via a telescope from the ground: we plan to cover live the return of this spacecraft, so stay tuned!