We did again: after taking a record image of Orion at its farthest from the Earth, we captured it now that it is coming back, but still as distant as the Moon. 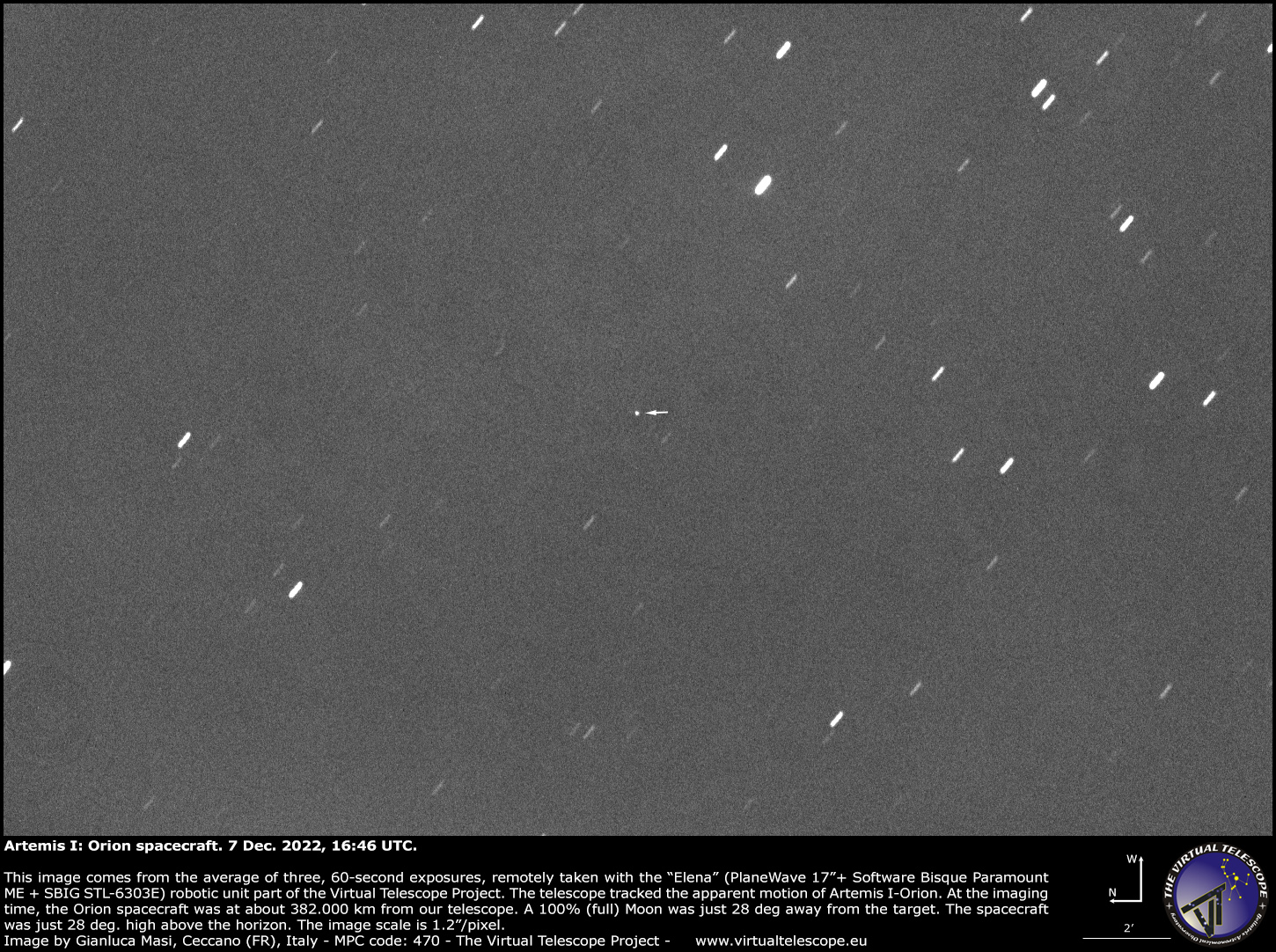 The image above comes from the average of three 60-second exposures, remotely taken with the “Elena” (PlaneWave 17″ + Paramount ME + SBIG STL-6303E) robotic unit available at Virtual Telescope. The telescope tracked Orion’s apparent motion, this is why stars look like long trails while the probe is a sharp dot of light.

An extremely bright, 100% full Moon was 28 deg. from the target. We estimated the Orion spacecraft to be as bright as mag. 14.2 (unfiltered, R-mags for the reference stars from the Gaia DR2 star catalogue).

To capture the spacecraft, we used the JPL’s Horizons System and asked our Software Bisque’s Paramount ME robotic mount to track it, something we have been doing many times.

At the imaging time, Orion was about 382.000 km from us, basically at the same distance of the Moon.

On 27 Nov. we took a record setting image of Orion, while it was approaching its farthest distance from the Earth.

On 10 dec.  2022, we will show Orion live, via our telescope, while it will be ready to splashdown in the Pacific Ocean, join us!