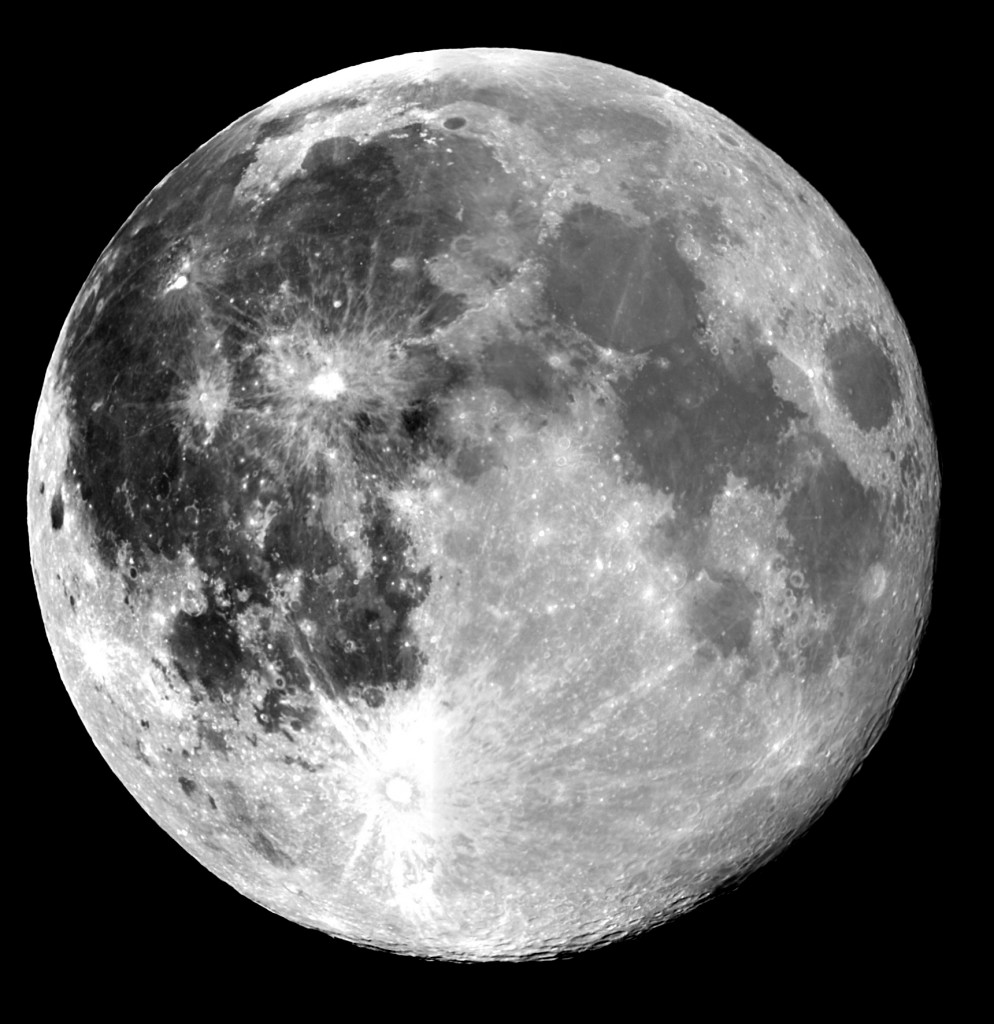 After so many rumors, the June 2013 full Moon arrived. It was beautiful just as usual, despite it was called the “super” Moon of 2013.

The image above is a mosaic from four frames, covering the whole lunar disc. It was bigger, being close to the perigee, so it was not covered by only two frames, as usually done with our PlaneWave 17″ robotic unit. Being a bit larger, we had to double our shots.

At the imaging time, it was only 7 degrees above the horizon, so the sight was crossing the equivalent of more than 8 ordinary atmospheres (the so called airmass), so details are not as sharp as usual. A O III narrowband filter was used to strongly reduce its very high brightness.