How super is the “super” Moon? 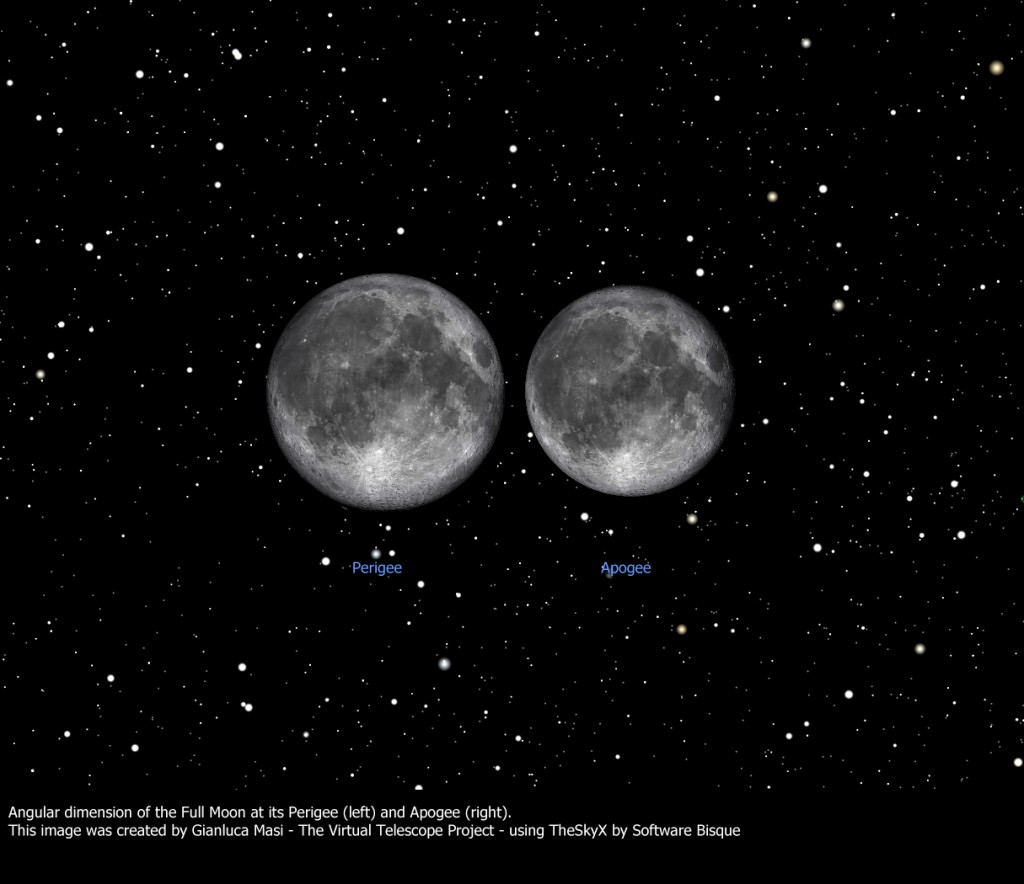 The perigee and apogee Full Moons compared in their angular size

Lot of rumors about the Moon are on the air, while this 23 June 2013 full Moon approached. It was called “super Moon“, because it was going to happen with the natural satellite closer than usual (but nothing strange: the full Moon just happened with the object at its minimum distance from the Earth, the so called perigee – as for any object orbiting our planet).

But what is the difference in the lunar angular dimension, because of this shorter distance? The picture above shows such a difference between the two extreme situations: the closest and farthest full Moons, happening at perigee and apogee, respectively. At perigee, the Moon is closer than ever to the Earth, while at apogee, it is at the maximum distance. This simply explains the apparent dimension of the lunar disk.

So, not a huge difference, hard to catch by naked eye, especially by casual stargazers. But if you take a picture of the full Moon now and will take another one next 17 Dec with the very same setup (same camera and lens/telescope), you will see it!

Enjoy the Moon, enjoy the sky!

Updates: see our image of this full Moon!