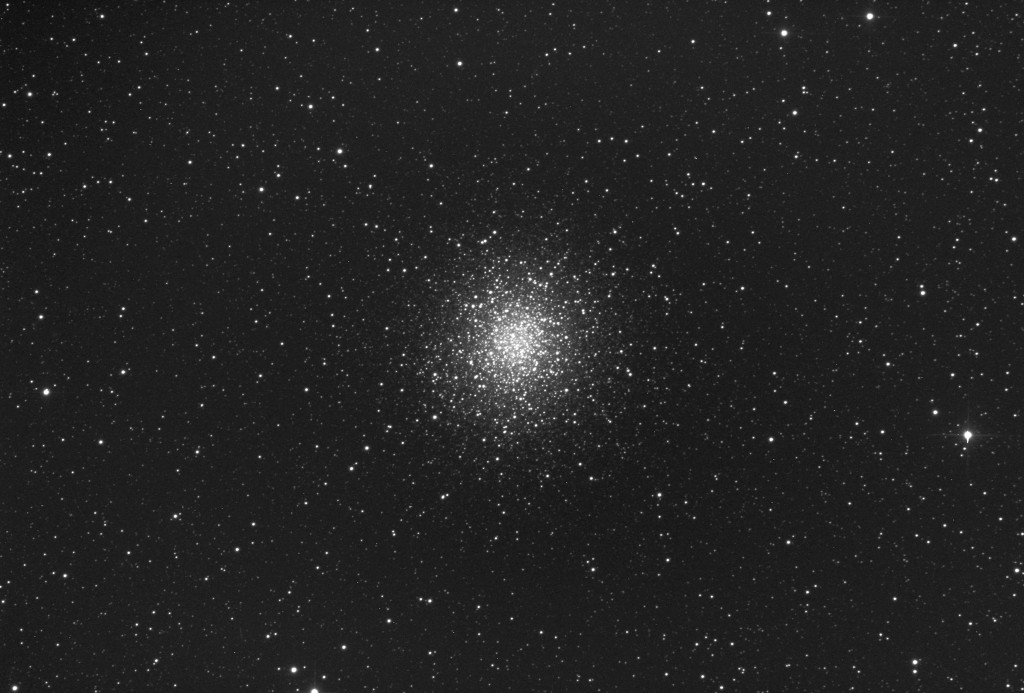 Ophiucus is very generous when it is time to look for bright globular clusters. After M 10 and M 12, the Virtual Telescope visited Messier 14 (more data), another gem of the deep sky world. It was originally discovered by Charles Messier in 1764 and its distance is estimated around 30.000 light years, so about twice the distance of its neighbors . Some sources report that M 14 was the first CCD image taken.

In 1938, a nova appeared in Messier 14, but it was found about 30 years later, while checking photographic plates of the cluster. It was the first nova in a globular cluster to be discovered by photography.

The image above is the average of 15, 120-seconds exposures, remotely taken with the PlaneWave 17 robotic unit part of the Virtual Telescope Project. All images were unguided. Image scale is about 0.7″/pixel.

Back to “Star Clusters” page