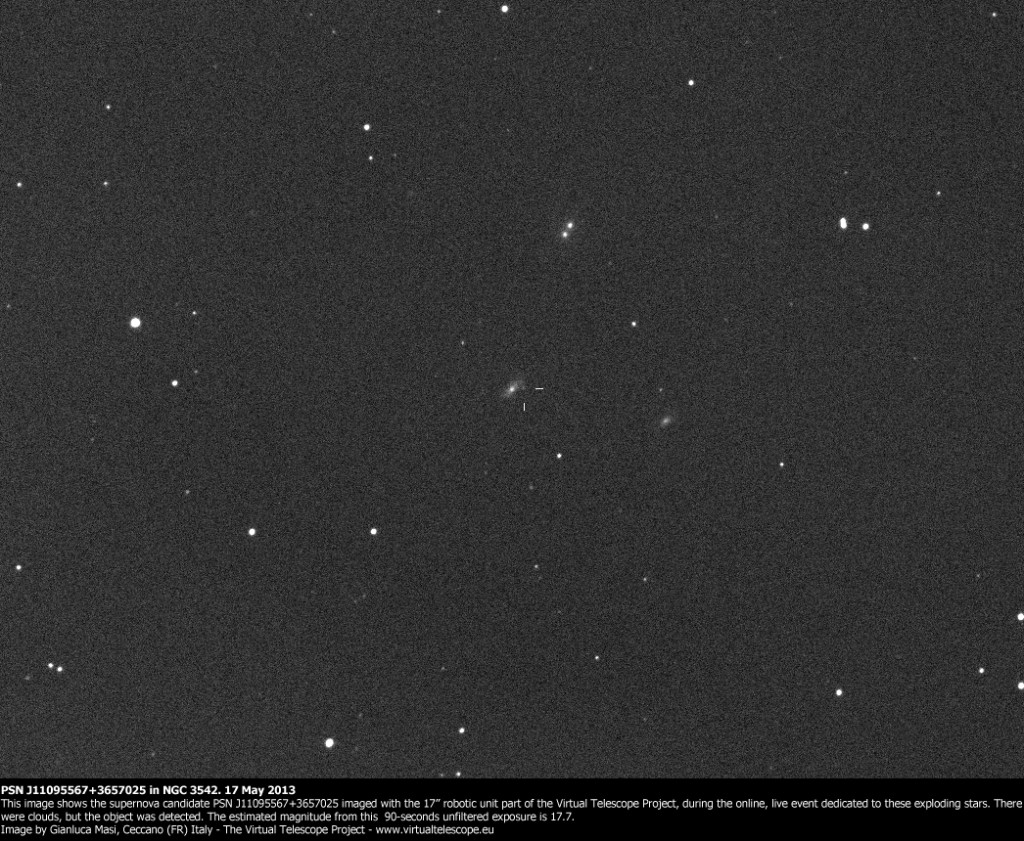 On May 17, 2013, the Virtual Telescope Project hosted a special online event, sharing in real time images of several supernovae. They are among the most intriguing and spectacular objects in the Universe, with their catastrophic explosion and amazing brightness.

We were able to see several of them, including the candidate one imaged above. When we showed it to our online followers, it was discovered a few tens of hours earlier, so it was a very fresh and this added more fun to the general experience.

The supernova candidate above was imaged while clouds were in that area of the sky, but the star was detected and resulted at mag. 17.7.