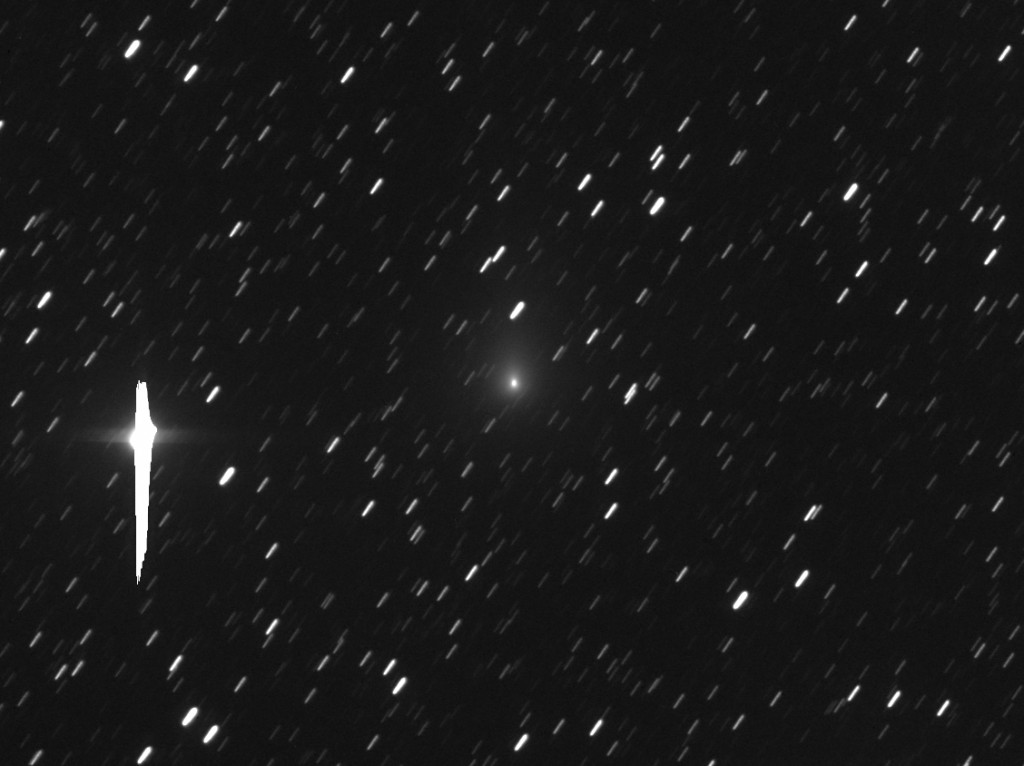 Comet Ison is not the only interesting comet around these weeks. Early last September, comet C/2013 R1 Lovejoy was discovered and it showed to be an interesting object.

Comet Lovejoy will be a nice sight for the next week and at Virtual Telescope we wanted to pay a visit to it again. Despite the bright, full Moon, the PlaneWave 17″ robotic unit was slewed to this object and it appeared much brighter than one month earlier.

The image above is the average of five, 120-seconds exposures, unfiltered, registered against the apparent motion of the comet.