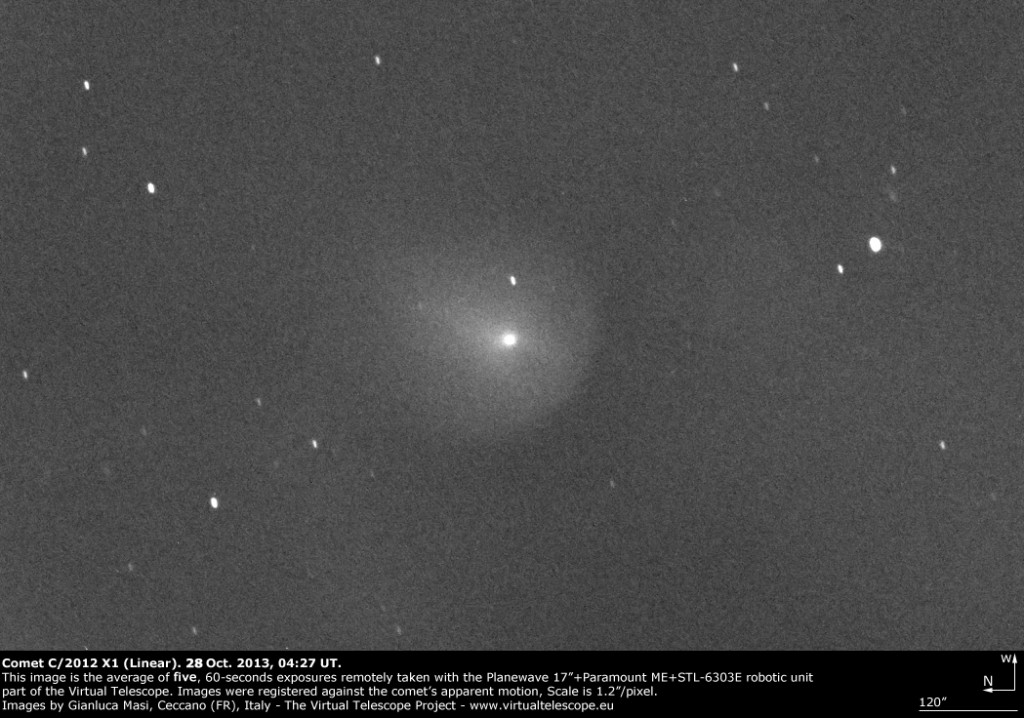 After the first attempt a few days ago, the Virtual Telescope visited comet C/2012 X1 Linear again, to cooperate in understanding its outburst event, as part of a collaboration among the Virtual Telescope Project, Remanzacco Observatory and Faulkes Telescopes Project. This joint campaign already produced very interesting results regarding the expansion rate of the dust shell released after the outburst.

On 28 Oct. 2013 new images were collected, remotely using the PlaneWave 17″ robotic unit part of the Virtual Telescope. Weather conditions were foggy, improving only when the sky was starting to brighten, because of twilight.

Above is an image coming from the average of five, 60-seconds unfiltered exposures, showing the comet fairly well. The size of the dusty cloud is clearly bigger than three nights before and it is shown in the animation below:

These new images will be shared as part of the collaboration with Ernesto Guido, Nick Howes and Martino Nicolini (Remanzacco Observatory and Faulkes Telescopes Project).

Check this page for an interesting analysis of the outburst!