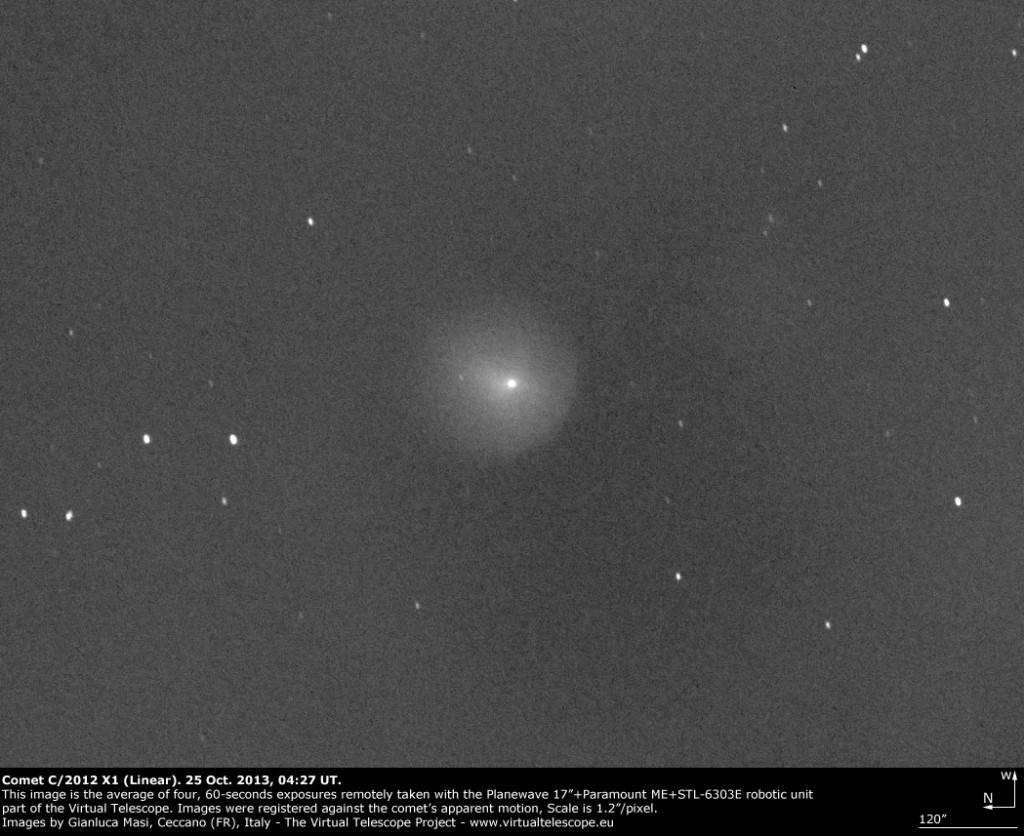 As reported a few days ago, comet C/2012 X1 Linear is undergoing a bright outburst (but not enough to make it visible by naked eye). The Virtual Telescope managed to capture a few images at dawn, recording this unusual event.

As a consequence of the outburst, the comet released a dust cloud, now expanding around the nucleus. Something similar, but to a larger scale,  happened in 2007 with comet 17P/Holmes.

Studying the evolution of this phenomenon is of great interest, especially using data covering a suitable time span. For this, we started a collaboration with Ernesto Guido, Nick Howes and Martino Nicolini (Remanzacco Observatory and Faulkes Telescopes Project), joining our data covering the outburst on two different days (21 Oct. – Remanzacco data – and 25 Oct. – Virtual Telescope data).

Careful image processing and analysis was performed by M. Nicolini, using specific algorithms and providing very interesting results, shown in the video below.