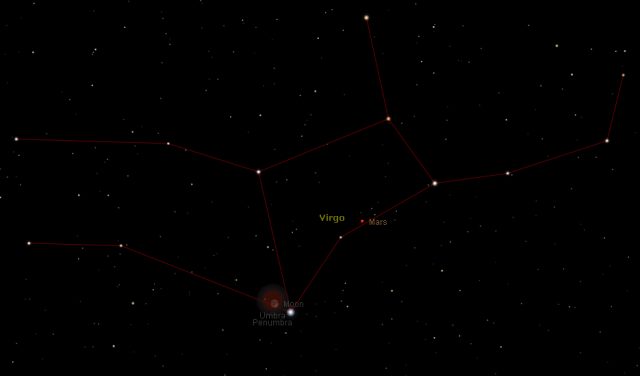 Next 15 Apr. 2014, the Moon will offer a very nice total eclipse to those lucky enough to be in the right part of the world (the whole eclipse will be visible from the Americas, while much of the world will see part of it; Europe will not see it at all).

Above is a map showing that the Moon will be less than two degrees away from Spica, Alpha Virginis, providing a very nice sight. Planet Mars is also there, a few days after opposition and just at its minimum distance, providing an additional, not frequent reason to look up in the sky (having a total lunar eclipse in the same part of the sky where Mars is showing at its minimum distance is not a common event).

The red planet, close to the red Moon (as it will be during totality), with a blue star around (Spica). Also, the full Moon making this eclipse is the first after the 21 March equinox, so it is the one defining Easter for Christians, another rare coincidence. In a nutshell: this is eclipse is really worth a look!

Here are times for this total lunar eclipse:

Below is a plot summarizing the eclipse circumstances, in particular showing from where it will be visible: 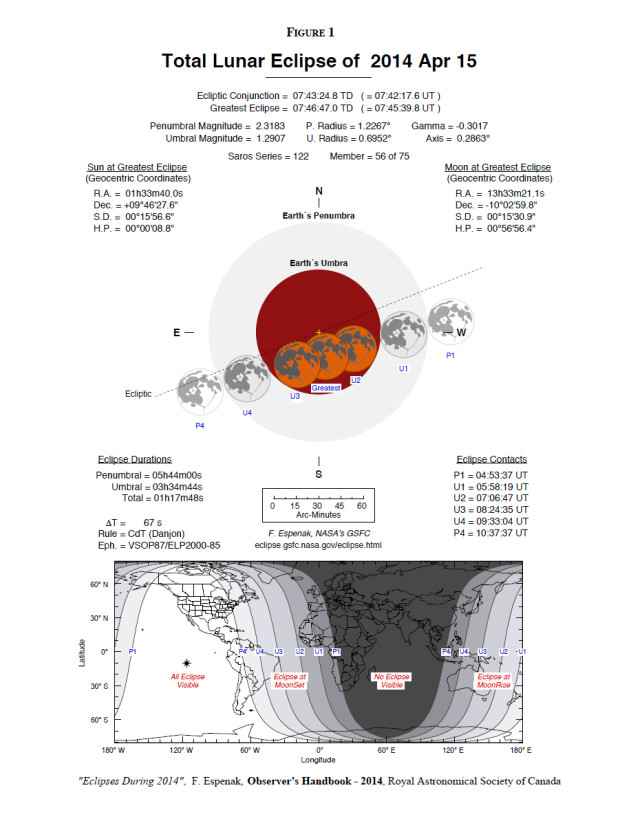 During the totality, the Moon will show a very elegant bronze hue: that is due to the Earth’s atmosphere, filtering the solar sight and making possible for it to reach our satellite. If you were on the Moon at the totality, you would see a solar eclipse, with the bright, red Earth’s atmosphere surrounding the black silhouette of our planet: quite a sight!

Above is a video simulation showing the next, total Lunar Eclipse. Times for the event are also given.