“Vesta Watch”: a spectacular sight of a bright asteroid 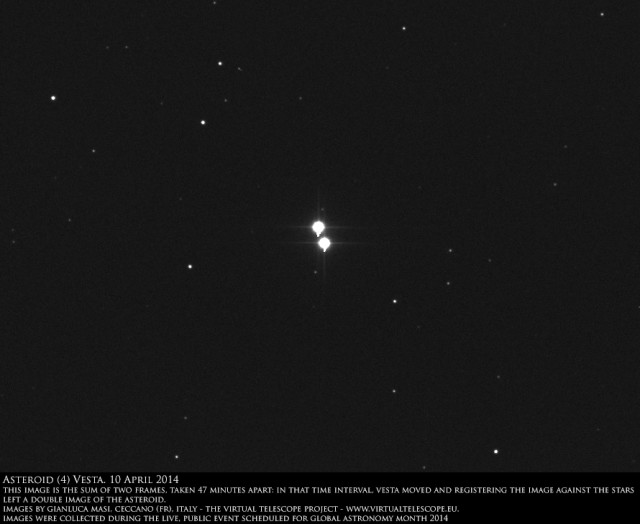 The “Vesta Watch” live event was intended to show live, online images of the bright asteroid (4) Vesta during its favorable 2014 apparition, just in April 2014, by chance overlapping with Global Astronomy Month 2014. The Virtual Telescope Project and Astronomers Without Borders managed to bring this show to people worldwide, via the web.

The event was amazing: the almost 2000 people who joined the show were introduced to asteroids, before unveiling Vesta’s world and have a real-time sight with the PlaneWave 17″ robotic unit part of the Virtual Telescope Project. We managed to make clear Vesta’s apparent motion taking a few images over about 40 minutes; the image above shows this very well. It is the sum of two frames, aligned respect to the stars, with the bright asteroid left “free”: so it looks double, as it changed position during the 40 minutes separating the two shots. 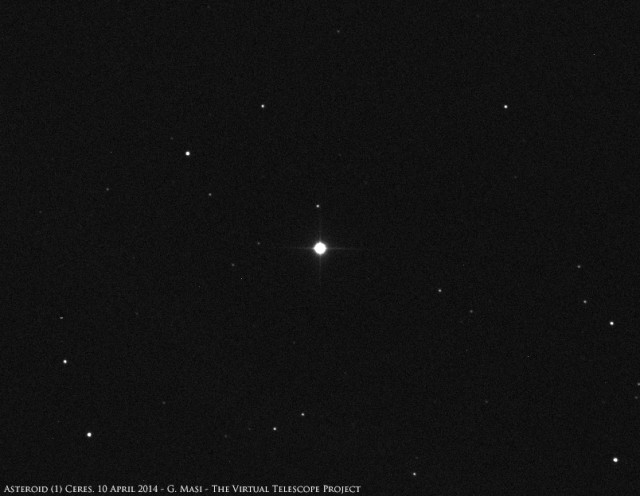 As a bonus, asteroid (1) Ceres, the first to be discovered on 1 Jan. 1801, was also observed, sitting in the very same patch of sky as Vesta.

Above is the podcast from the live event (the live starts at minute 29:00).