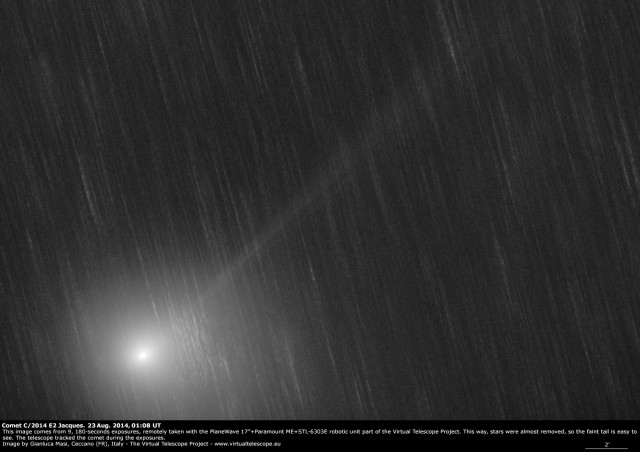 Last night, even if the sky was not at its best, we managed to take several images of comet C/2014 Jacques via the Virtual Telescope, using all the telescopes available, providing different scales and details.

The image above comes from nine, 180-seconds exposures, remotely taken with the  17″ robotic unit part of the Virtual Telescope. They were median combined, to limit the interference of the many background stars and reveal the subtle structure of the ion tail (which is less evident now than on the previous days, at least from our data). The telescope’s mount tracked the apparent motion of the comet. The scale of the image is 1.2″/pixel.

The comet was moving in a rich star field, hosting the dense and beautiful open cluster NGC 609. Below is an image showing both the comet and the cluster,  remotely taken with the  17″ robotic unit. 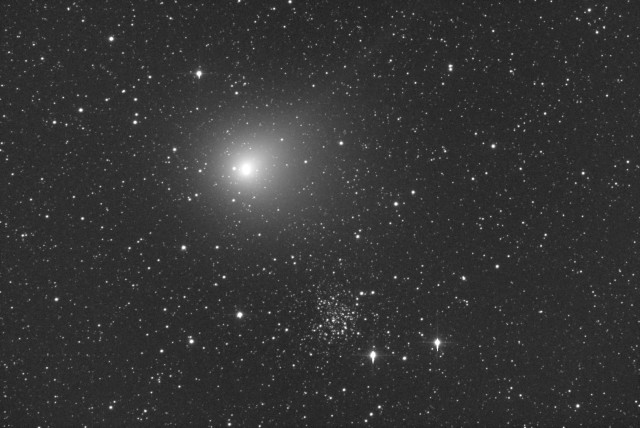 We also managed to capture some hi-res images of the region around the nucleus, remotely using the 14″ robotic unit, providing a scale of 0.62″/pixel. below is an image coming from the median combination of 13, 120-seconds exposures, with the telescope tracking the comet: stars were removed and the shape of the inner coma is well apparent. 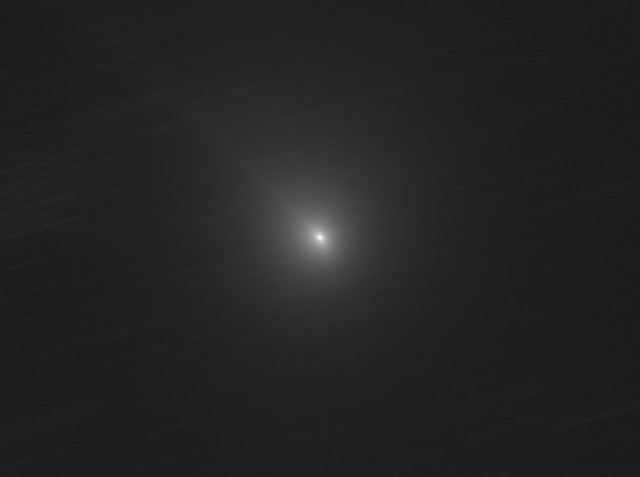 Finally, the image below  was processed with a rotational gradient to extract the features of the inner coma: 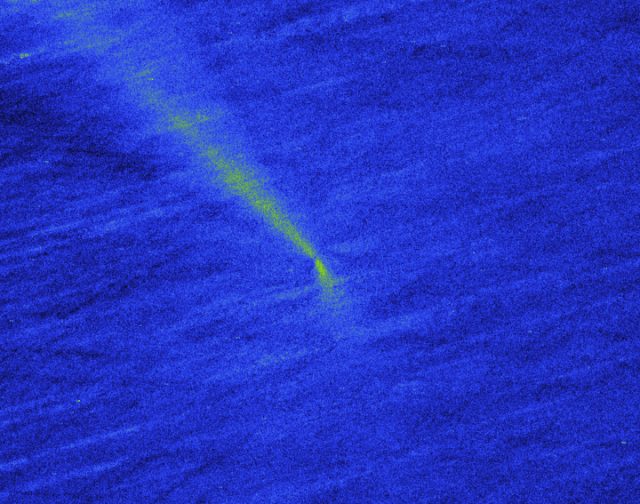