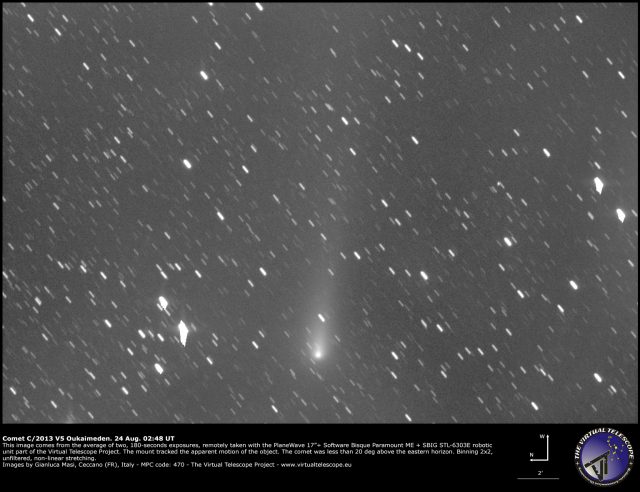 Discovered on 13 Nov. 2013 from Morocco, comet C/2013 V5 Oukaimeden  looked as an interesting object since then. Its luminosity could peak at mag. 5.5 around mid-September, so it deserves attention (as always true for comets, actually).

At Virtual Telescope we tried to image it, as soon as its elongation in the morning sky made that possible. Above is an image coming from the average of two, 180-seconds, remotely taken with the  17″ robotic unit part of the Virtual Telescope.

At that time, the comet was less than 20 deg. high above the eastern horizon, so under severe interference from atmospheric extinction: despite that, it shows a nice tail, a clear evidence of the brightness of this comet. The telescope’s mount tracked the apparent motion of the comet. The scale of the image is 1.2″/pixel.