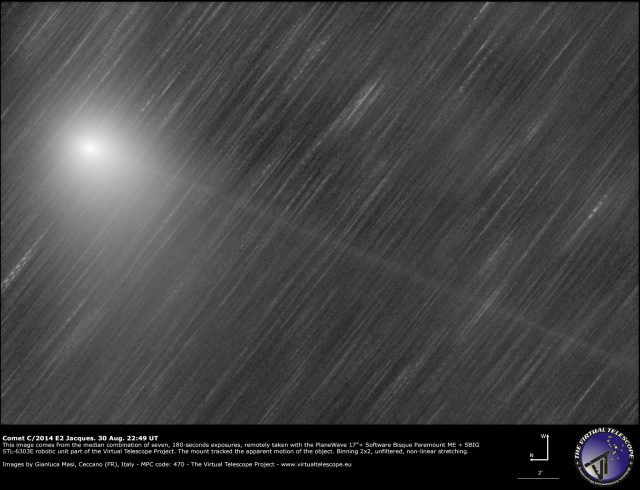 The image above comes from 7, 180-seconds exposures, remotely taken with the  17″ robotic unit part of the Virtual Telescope.  They were median combined to remove the interference by the stars as much as possible. The telescope’s mount tracked the apparent motion of the comet. The ion tail is constantly fading. The comet was close to IC 1396 and to Mu Chephei, so the background is not uniform.