Comet 67P/Churyumov-Gerasimenko: first image from ground in the world after perihelion 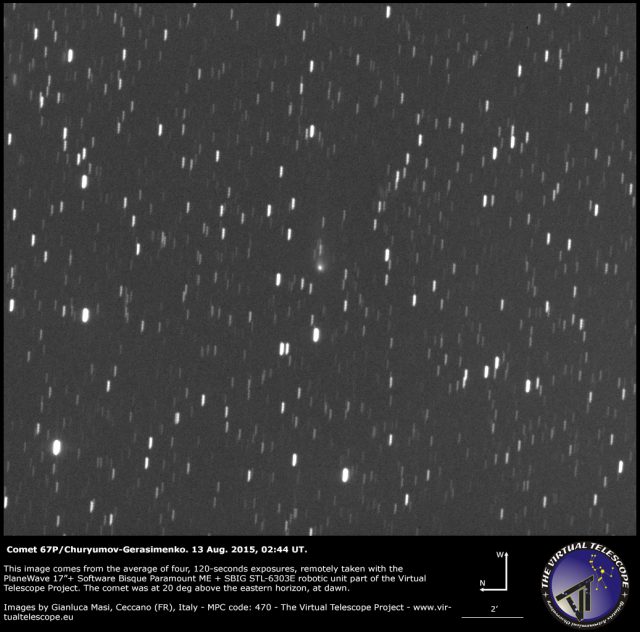 For sure, comet 67P/Churyumov-Gerasimenko is one of the most important astronomical objects out there. It is the target of the ESA Rosetta space mission, which delivered the Philae lander to the cometary nucleus, something never done before. On Aug. 13 the comet was expected to pass through its perihelion, that is its minimum distance from the Sun.

Early on 13 Aug., while I was visiting the “Osservatorio Astronomico Comunale di Acquaviva delle Fonti” (Acquaviva, BA, Italy), where I’m in charge as its scientific director, I decided to image comet 67P remotely, connecting from there to the Virtual Telescope Project robotic facility. The sky was clear in Ceccano, Italy, where the system is installed. I have a special connection with Rosetta, if you check this amazing video I did in 2005.

I  took a series of images, while the morning twilight was already going on, so there was not too much time.

This image above comes from the average of four, 120-seconds exposures, unfiltered, remotely collected with the  PlaneWave 17″+Paramount ME+SBIG STL-6303E robotic unit part of the Virtual Telescope Project. Binning 2×2, with a resulting scale of 1.2″/pixel. The robotic telescope tracked the apparent motion of the comet. The comet is showing well, with its coma and small tail well visible.

Comet 67P/Churyumov-Gerasimenko reached perihelion on 13 Aug. 2015 at 02:03 UT, so my image was taken 41 minutes later, resulting in the very first one taken from the ground soon after that important turning point! It received a lot of attention from scientists wordwide. As my colleague Padma Yanamandra-Fisher, senior research scientist at Space Science Institute, said: “What a historic moment: first time that a spacecraft in orbit around a comet at perihelion and near simultaneous observations from Earth!” Image was also used by the Astrochemistry Society of India as the cover of their “Astrochemistry Letters”, issue 2.

That special image was shown during ESA hangout with Rosetta mission experts, celebrating a year at the comet and perihelion. Emily Baldwin, Space Science Editor at the European Space Agency, showed it right away during the hangout. 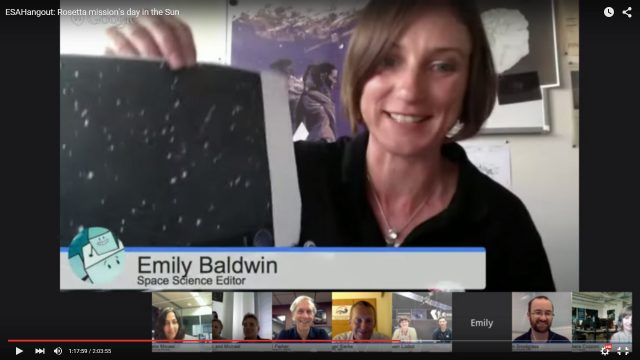 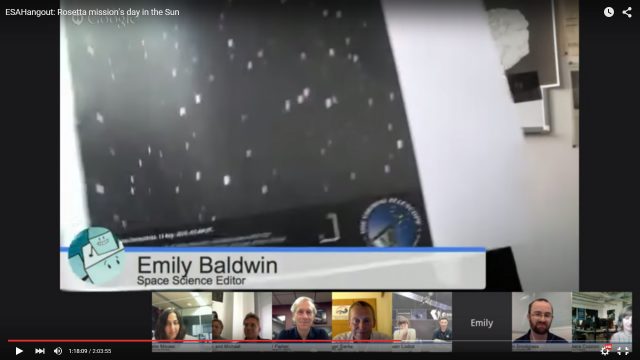 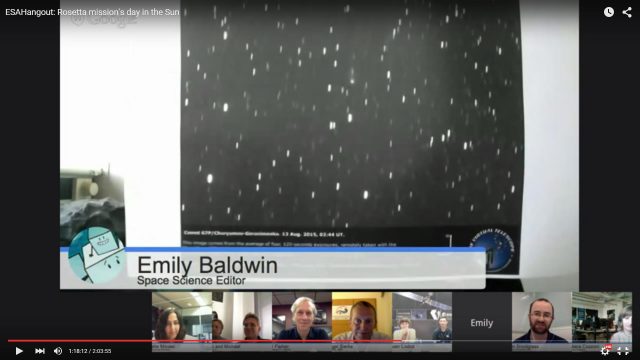 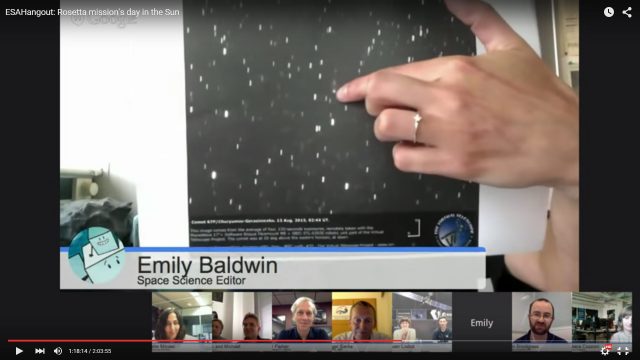 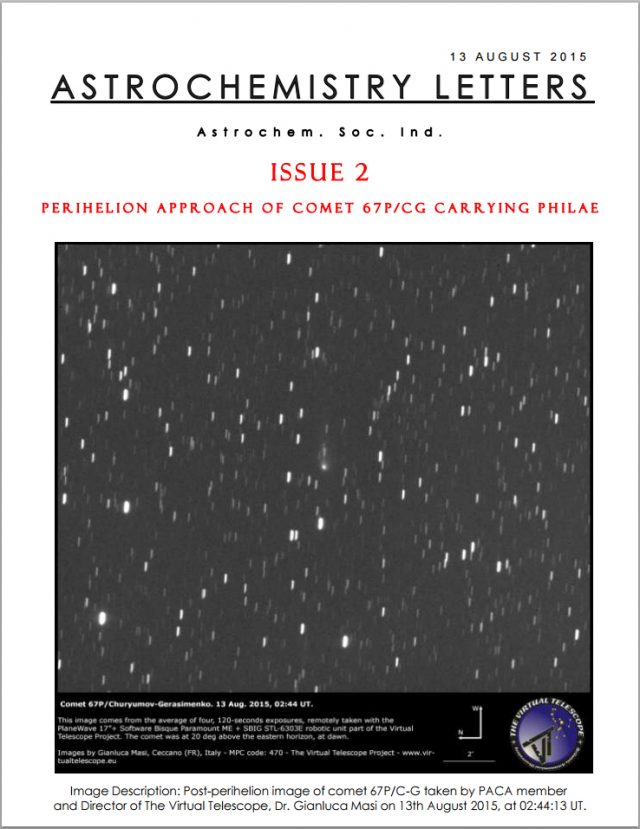 Needless to say, at Virtual Telescope we are happy and proud for this!