Partial Lunar Eclipse in Rome above the Colosseum: 07 Aug. 2017

Last night, the partial lunar eclipse was a unique show in Rome. Seeing the Moon climbing the heaven above the Colosseum and the Forum made the sight priceless. Here they are some of our images grabbed during our online streaming, with the podcast of the event. 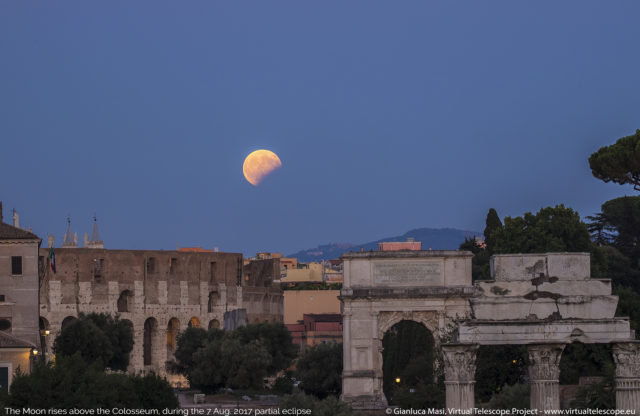 As soon as I noticed on my calendar that a lunar partial eclipse was going to happen on 7 Aug. 2017, I realized that I could see it from Rome from a very special location. In fact, last year I did some calculations for the late July 2016 full Moon, finding it would rise just above the Colosseum, if observed from the Capitoline Hill in Rome.

With the lunar eclipse happening early in Aug. (of course at Full Moon), I knew that the circumstances of the rising Moon were almost identical, so I decided to go there for our live streaming, bringing everything with me: my laptop, my mobile modem, camera, lenses and tripod, quite a lot of things.

I reached the place well in advance, to prepare everything in due time. I could also speak with a man from Russia and other people, saying them why I was preparing that amount of tech stuff and they decided to wait there for the lunar show.

The eclipse started before the moonrise, so there was no time to waste and I looked at the South-East horizon all the time, waiting for our satellite to show. And it did, finally, while the Moon was partially eclipsed, of course, and covered by a small cloud. I could image it, with the entire Colosseum below it. I was happy to capture also the so-called “Belt of Venus“, that is the Earth’s shadow projected on our atmosphere, as this time the same shadow was reaching the Moon! In the image below, the maximum of the eclipse already happened a few minutes earlier. 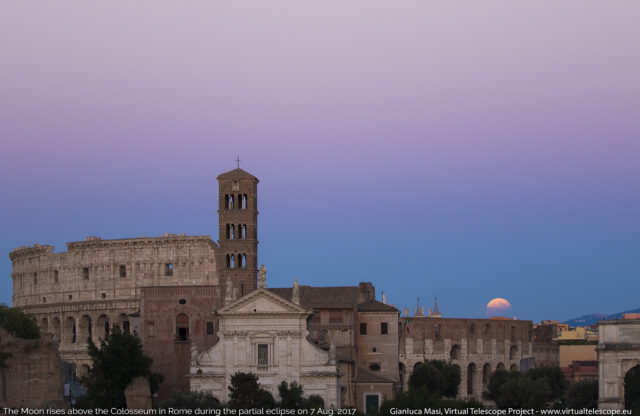 Later, with the sky becoming darker and darker, the Moon climbed the sky and the ancient Roman treasures all around slowly faded in the darkness. With the partial lunar eclipse already showing at moonrise, it was great to see how its beauty changed with the rapidly changing panorama. Below, the Moon was above the Arch of Titus. 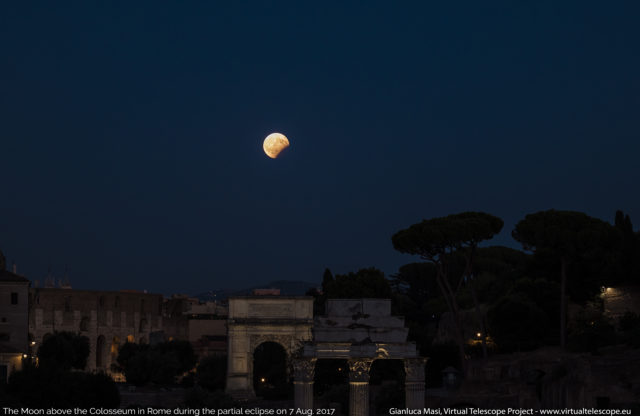 Time runs, you know, and the Moon slowly moved across the Earth’s shadow, approaching the end of the eclipse, at least its more interesting phase. Once the sky was dark, I preferred to grab the Moon alone, as in the image below. 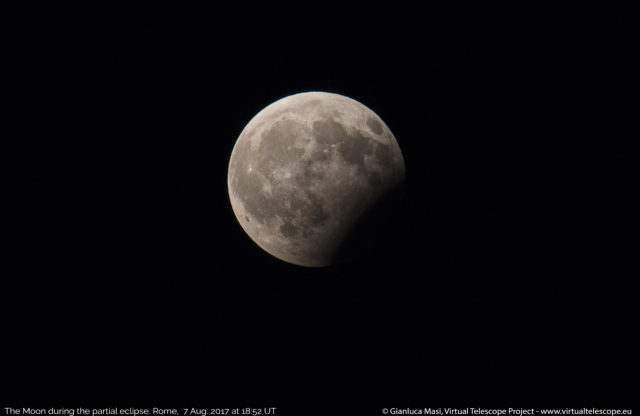 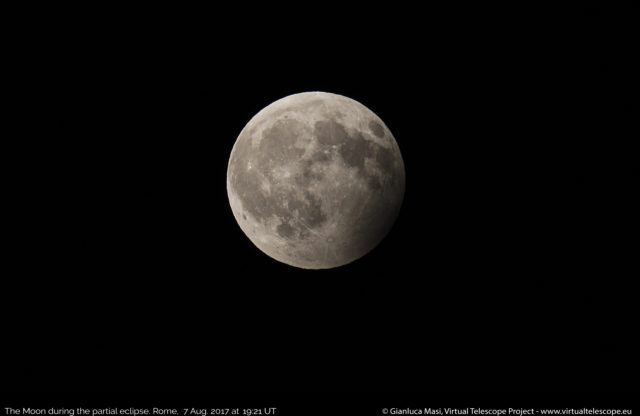 While, of course, a partial lunar eclipse is far from the amazing beauty of a total one, looking at the beauty of the sky is always rewarding and this event was really special, also for the place from where I decided to follow it and share it with the world. By the Way, the live feed was amazing, with many, many thousands of people joining it and below you will find the podcast of the streaming.