While 2016 approached its end, ready to welcome 2017, the sky putted a marvelous great show out there, with the sharp Moon crescent and a planetary parade with the very bright Venus, the  palely red Mars and Neptune, the last one in conjunction with the red planet. 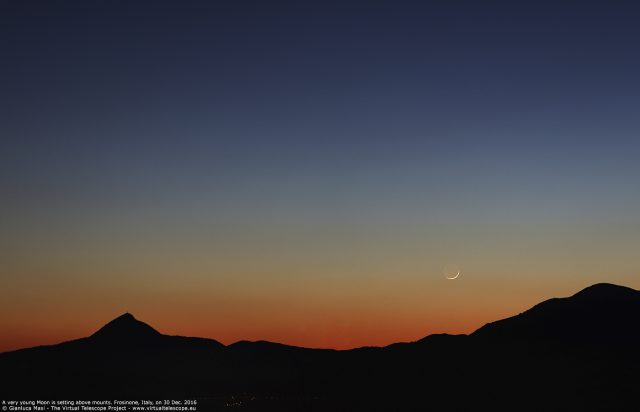 A sharp waxing Moon is setting above “Monti Lepini”, as seen from Frosinone, Italy, on 30 Dec. 2016

I planned to capture some sights, hoping in good weather. On 30 Dec. 2016, while in Frosinone (Central Italy), I was amazed by the stunning sunset above: a very sharp, small Moon crescent was beautifully hanging over a legendary landscape, with unbelievable colors. You can have seen a sunset millions of times, but they will always feel you with “awe and reverence”.

The next day, 31 Dec. 2016, the sky was quite cloudy at sunset and, while I missed the Moon, I was still able to grab a unique beauty. The profile of the Lepini Mounts, as seen from a place between Ferentino and Anagni (Central Italy), with those clouds above them, made the sight unforgettable. It was hard to move away from this view and say good bye to 2016. 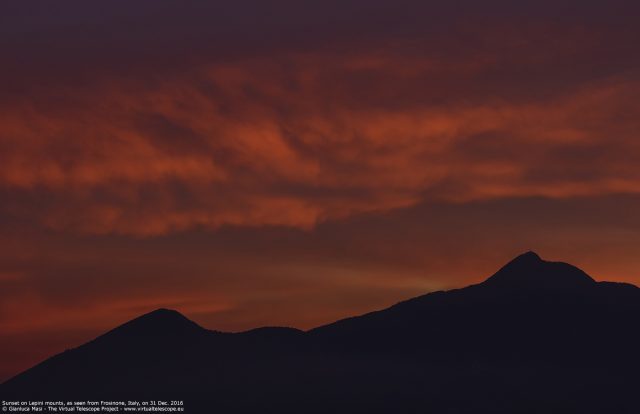 “Monte Cacume”, part of the Lepini Mounts in Central Italy, was dominated by wonderful flaming clouds on 31 Dec. 2016

The next sunset, the first of 2017, the sky was clear again and the Moon was having a large, though breathtaking conjunction with Venus. In the same corner of the sky, Mars was emerging from an extremely close conjunction with Neptune.

Some very delicate clouds, with pink colors, where crossing an otherwise blue sky, providing a hue contrast of rare elegance. 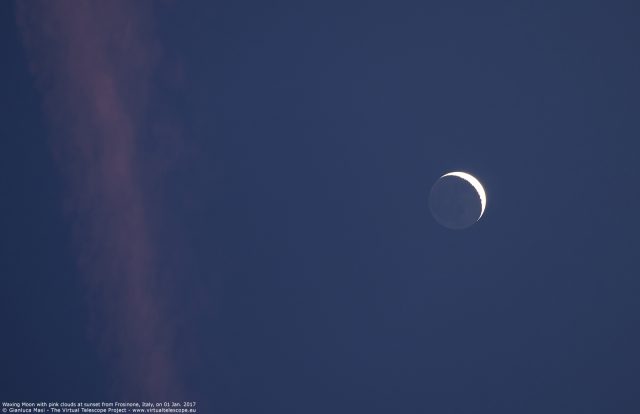 A delicate pink clouds was caressing the Moon at twilight. 01 Jan. 2017

As darkness increased, the view of the Moon crescent with the diamond-like light of Venus was a show by itself. I managed to capture both in the same frame here: 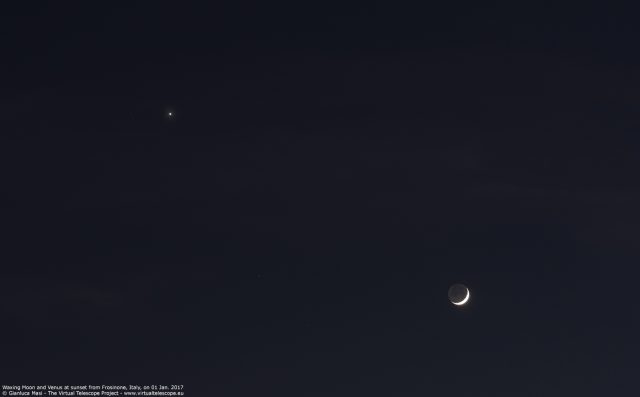 With the darker sky, the lunar’s Earthshine was stunning. I always find it truly mind-blowing and this time there was an ephemeral cloud around making the light much more interesting. 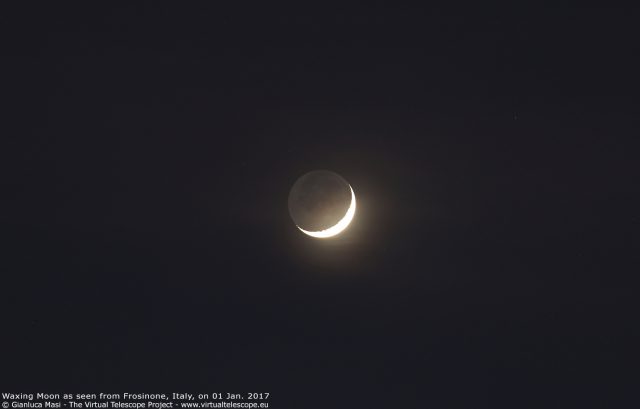 The wonderful Moon and its Earthshine are embraced by such a delicate cloud. 01 Jan. 2017

Finally, I wanted to try to image also Mars and Neptune, invisible to the naked eye, as they had – early on 1 Jan. 2017 – an extremely close conjunction. Of course, I wanted to include Venus, too, and below is the resulting shot. 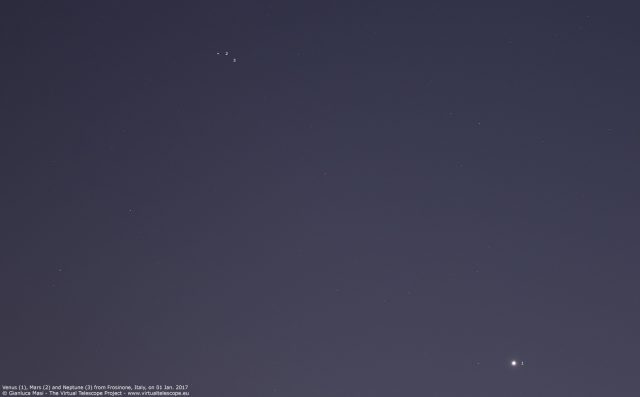 All these images were taken with my two Canon 7D mark II DSLR bodies and several lenses.