The Moon, Mercury and Venus meet, while waiting for the longest total lunar eclipse of the Century

While we are waiting for the longest total lunar eclipse of the Century, the Moon, Mercury and Venus offered a stunning show above Rome, soon after sunset. It is a wonderful gift,  while the Moon moves and gets ready to jump into the Earth’s shadow, next 27 July. Here we share some images. 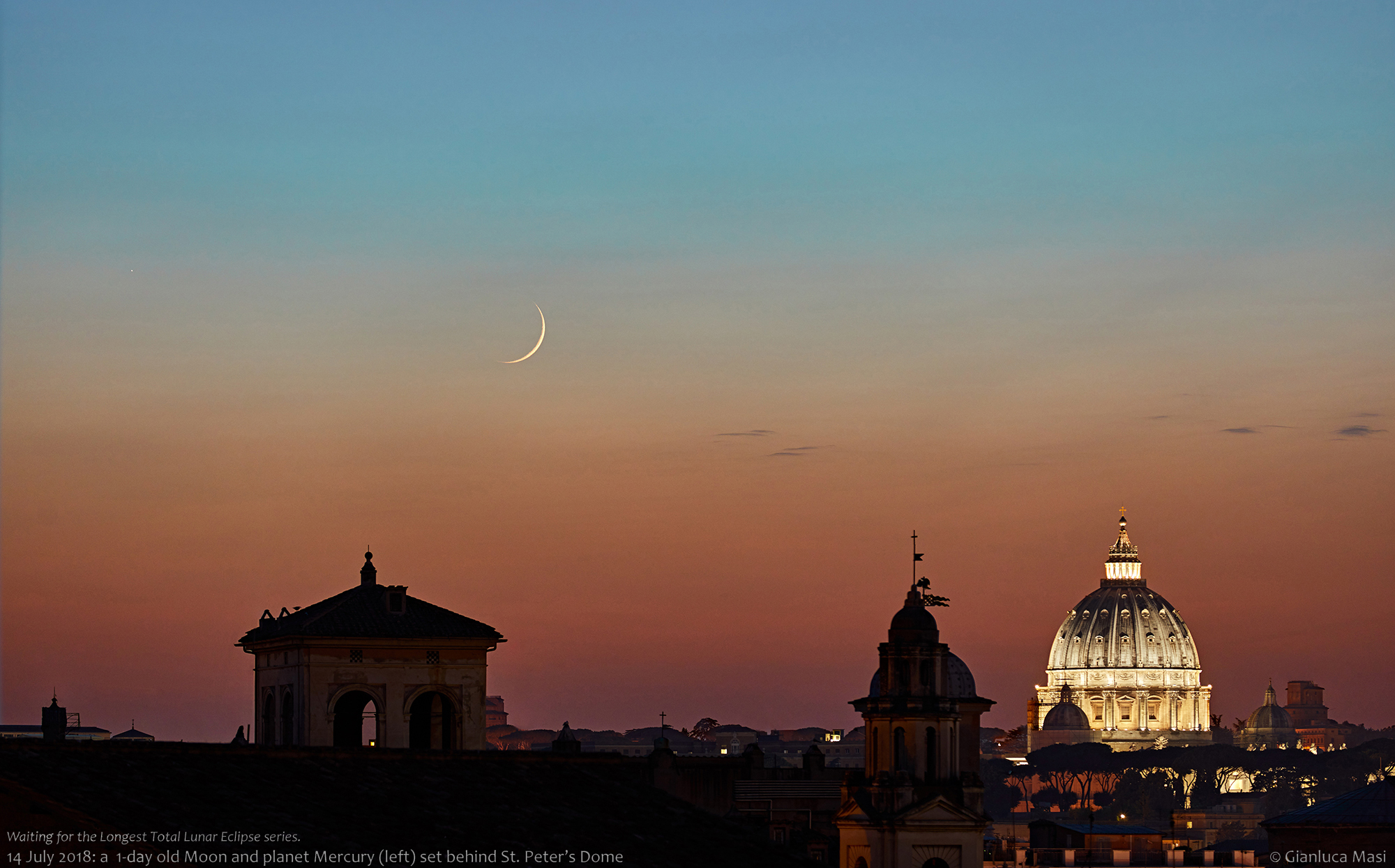 A sharp lunar crescent hangs above St. Peter’s Dome, with Mercury on the left – 14 July 2018

Soon after the new Moon, which offered a partial solar eclipse to those living in Southern Australia, we started following our satellite, while it travels across the sky, preparing the scenery for the upcoming, epic lunar eclipse, which will offer the longest totality of the XXI Century, lasting 103 minutes. The same night, Mars, the Red Planet, will reach its opposition, shining with its orange hue just 6 degrees away for the Red Moon: it will be a unique show!

On 14 July, a 1-day old Moon had a nice conjunction with planet Mercury, providing a stunning sight above St. Peter’s Dome. I captured the image above at dusk: it really was a magic moment. Seeing such a young Moon, with those beautiful colors all around, and a elusive Mercury was a unique experience.

The next evening, 15 July, the Moon was going to shine closer to Venus, so I decided to capture the view again, keeping the St. Peter’s Dome as the architectural element in the images, also including the Tiber, the river crossing Rome. Our satellite was showing a nice earthshine, enchanting the people looking at this beautiful conjunction. 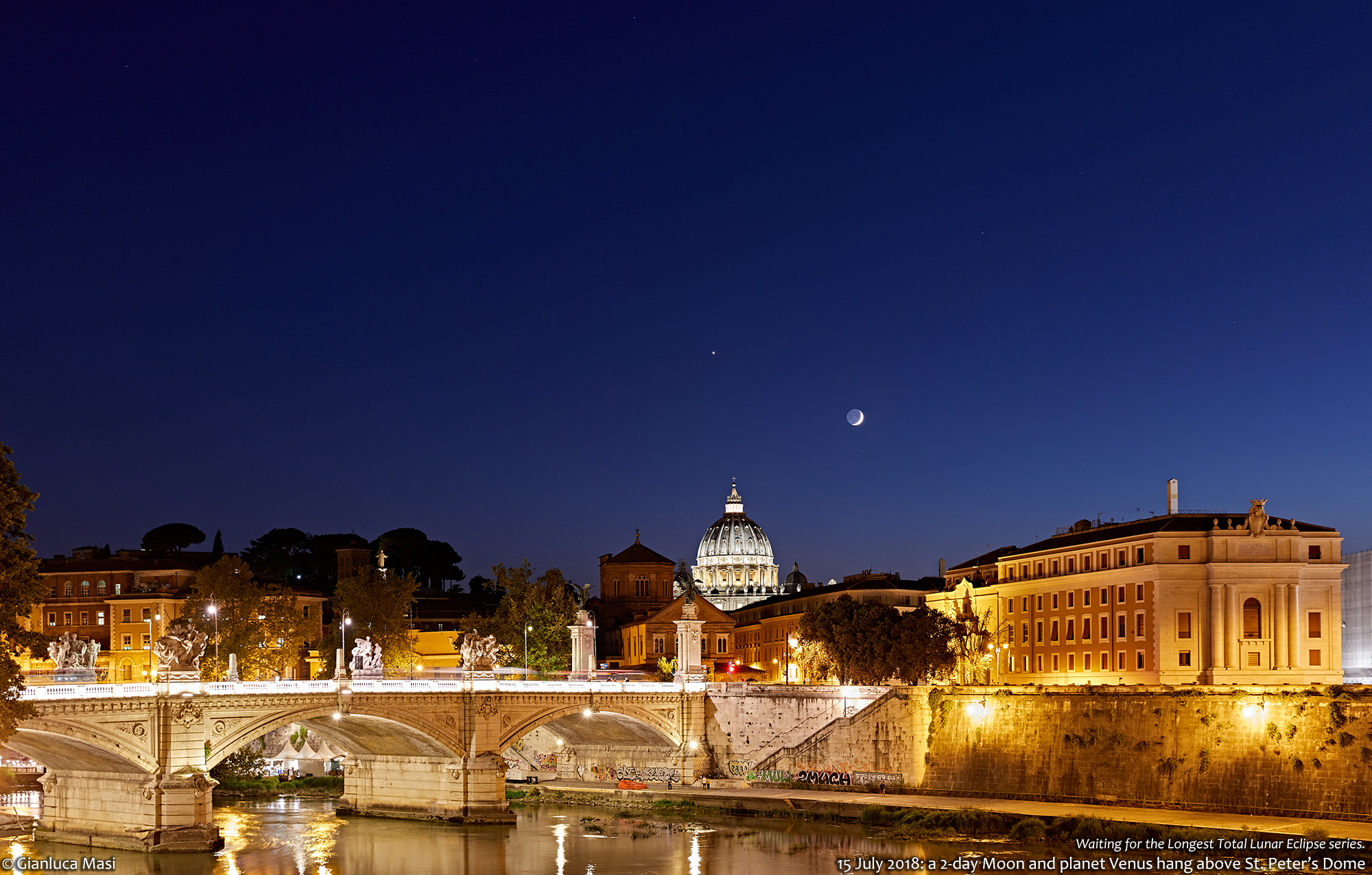 The Moon and Venus put their show above St. Peter’s Dome and the Tiber river in Rome – 15 July 2018

We plan to track the Moon again over the next evening, looking forward to its unforgettable eclipse.