After our first images of this unique object, we captured  again the interstellar comet 2I/Borisov under excellent sky conditions, recording a coma and a tail. Here it is our new image. 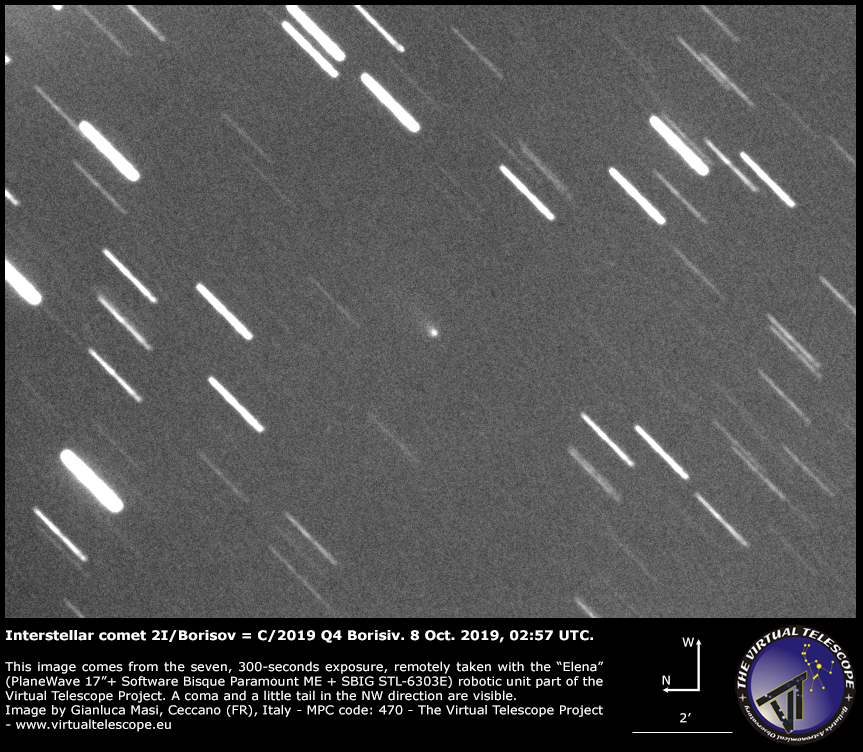 The image above comes from a the average of seven, 300-seconds exposure, remotely taken with “Elena” (PlaneWave 17″+Paramount ME+SBIG STL-6303E) robotic unit available at Virtual Telescope. The telescope tracked the apparent motion (1.3″/minute) of comet 2/I Borisov, this is why stars show as long trails, while the object looks like a sharp dot of light in the center of the image. At the observing time, the target was about 30 degrees above the horizon.

As usual, we performed astrometry on the images, sending the resulting data to the Minor Planet Center. Our astrometry has been regularly published by the same institution.

Looking at the processed frames, a coma is clearly visible, with also a tail at least 1 arc-min long in the NW direction.

Of course, we will continue monitoring comet 2I/Borisov in the next weeks.