Mars and Uranus meet in the sky: images from a planetary conjunction – 2 Aug. 2022.

We spotted the beautiful the Mars-Uranus conjunction and shared it with the world. Here they are our images. 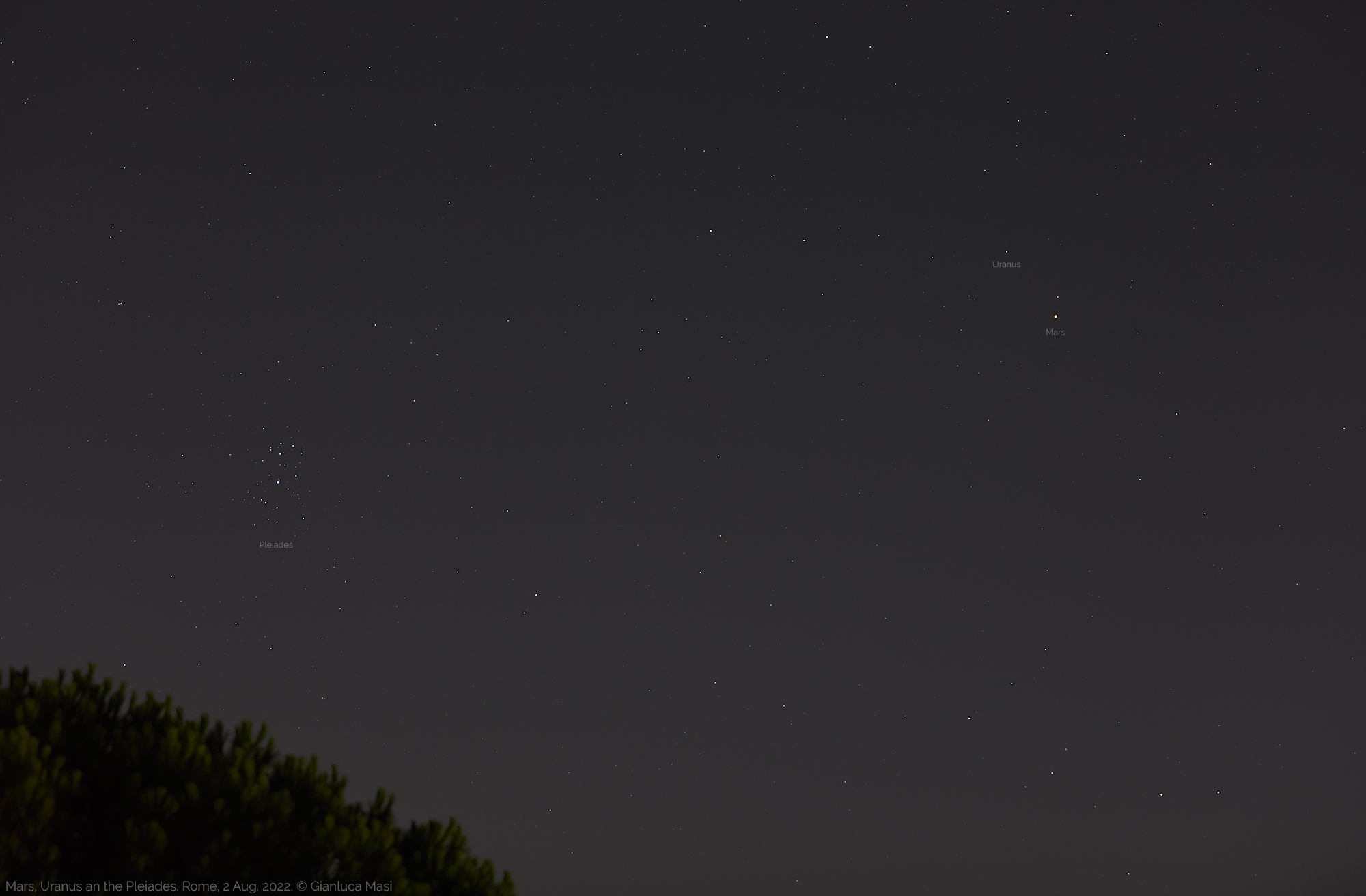 This morning, we spotted the awaited Mars-Uranus conjunction: the two planets were within 1.5 degrees (three lunar disks) and the bright Red Planet made possible for casual stargazers to easily locate the otherwise poorly observed Uranus, the first planet of the telescopic era.

We scheduled a live feed, to bring the experience to everyone interested. Images were collected using a Canon 5D mIV DSLR equipped with a Canon EF 70-200mm f/2.8L IS II USM, both installed on a sturdy tripod. We worked at 200mm and 70mm focal lengths, offering the perfect image scale and field of view for what we had in mind.

At 200mm we could isolate the couple: Mars was shining with its typical red hue, about 100 times brighter than Uranus. While apparently sharing the same spot of the sky, the two objects were at very different distances from us: Mars was about 170 millions of km from the Earth, while Uranus was at about 3 billions km from our planet. The latter is barely visible to the naked eye, provided you have a perfect sight and are under dark skies. 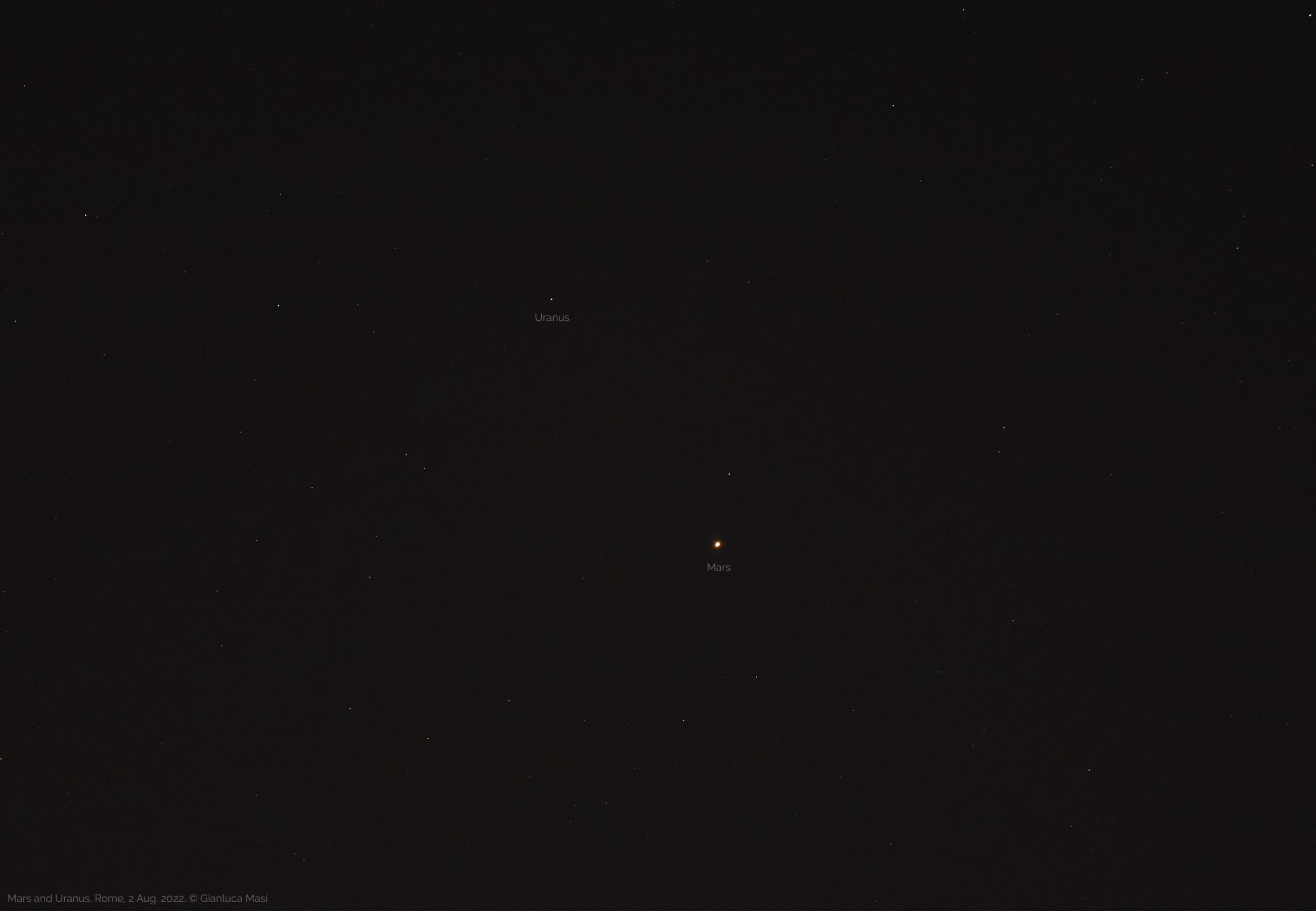 A few degrees east from the planets, there was a true celestial gem: the Pleiades, likely the most famous open star cluster up there. Using the shorter 70mm focal length, the three objects offered a very nice view, as visible in the image opening this post.

Next time we will have a similar, actually “closer” meeting between Mars and Uranus will be in 2024: while waiting for it, we will bring to you the many other wonders of the Cosmos.