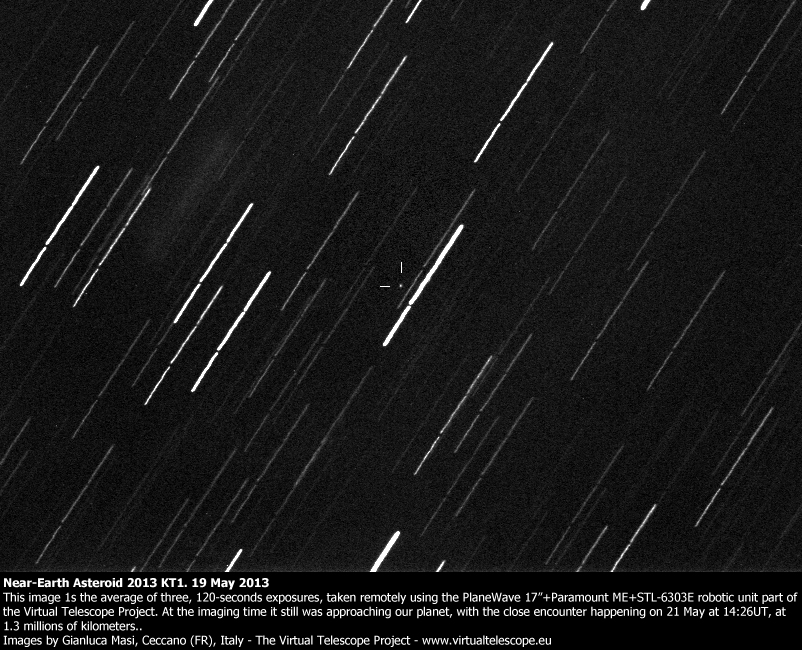 On  18 May 2013, the near-Earth asteroid 2013 KT1 was discovered by the Catalina Sky Survey in Arizona. From its orbit resulted that this minor planet was going to reach a minimum distance from the Earth of 1.3 millions of km, that is 3.19 lunar distances.

At the Virtual Telescope, the 17″ robotic unit was slewed to see this 20-meters large rock while still approaching us. The telescope tracked this fast moving target and the images were used for the picture above: the object is visible as a point of light, while stars trail in the background.