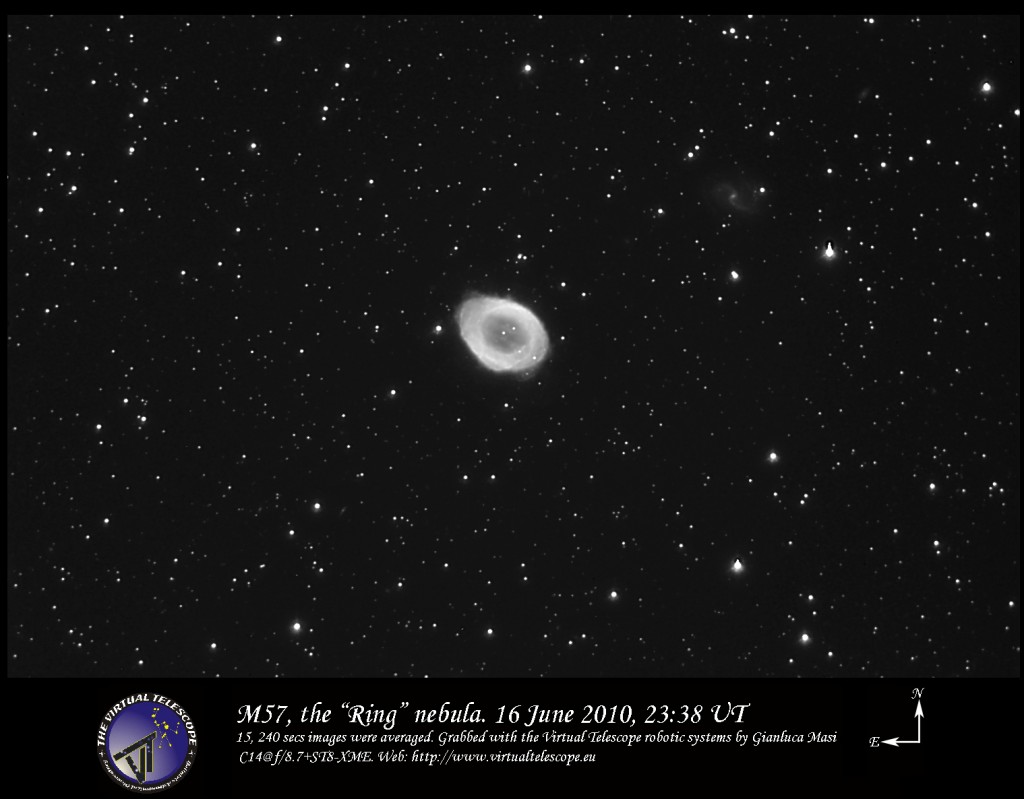 With no doubts, Messier 57 is the  most famous planetary nebula in the sky. It is often called the “Ring” nebula, for obvious reasons. It was discovered by A. D. de Pellepoix in 1779 and found again by C. Messier few days later. It hosts a central white dwarf, the remnant of a Sun-like mass responsible for the emission of the nebular gas.