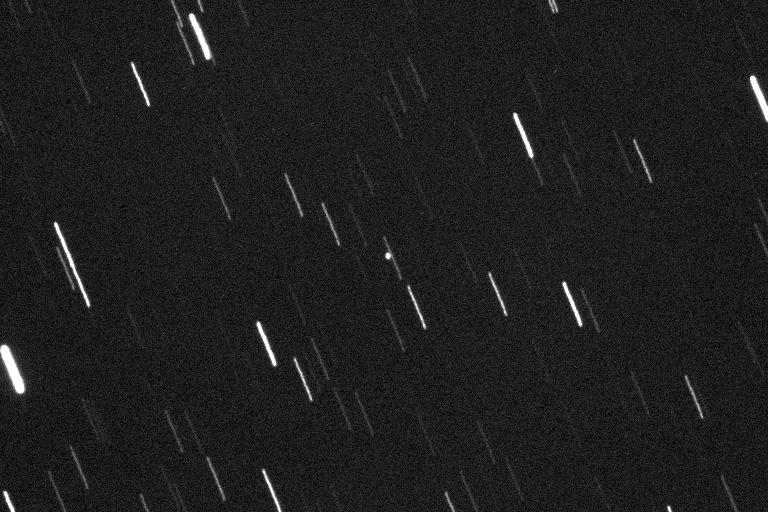 On Sept. 11 we offered the first online, live event to show asteroid 2012 QG42 to the world. About 1.000 viewers joined the online session, mainly from Italy, as it was the Italian version of our 2012 QG42 scheduled events.

The image above shows 2012 QG42 as a point of light, as the telescope was tracking it, with the stars leaving a trail. The video below comes from a sequence of images, again with the telescope tracking the asteroid.

Don't miss our live observing session of this asteroid next 13 Sept.!

Back to "Star Words"