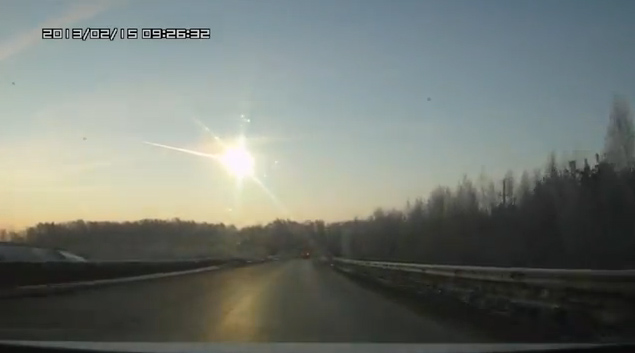 The fireball over Chelyabinsk, Russia

While the world is waiting for asteroid 2012 DA14 later today, something spectacular happened in Russia a few hours ago (about 15 Feb. 2013, 03:30UT), above the city of Chelyabinsk.

A very bright fireball appeared in the sky and perhaps fragments reached the ground. A strong sonic boom was heard and it caused glasses to break and glass fragments injured about one hundred people. Further damages were reported. It is still not clear if a meteorite did damages too. Connections of the fireball with asteroid 2012 DA14 are very unlikely.

The fireball was as bright as the Sun (!) and was captured by many people via video