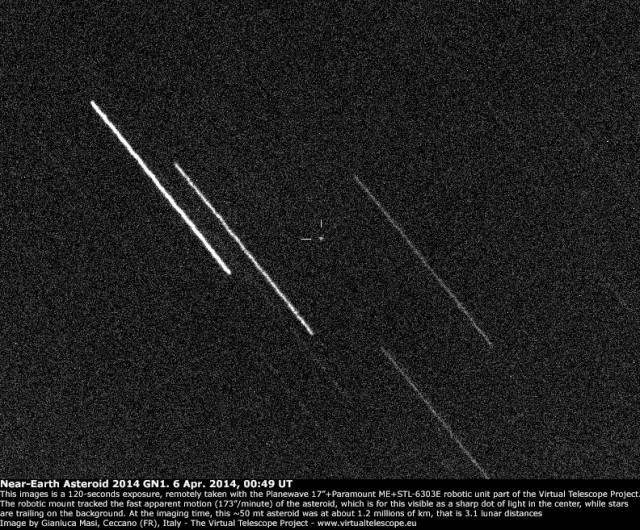 The scheduled, last minute event covering the very close approach of the Near-Earth Asteroid 2014 GN1 went very well. The sky was great and the object was observed for several hours. Above is an image coming from the live, public session, when this 50 meters rock was setting above the Italian horizon, while at 1.2 millions of km from us.

It was moving pretty fast in the sky: while its speed relative to the Earth as around 20 km/second, its apparent angular motion was almost 3 arc-minutes: in 10 minutes it covered the angular size of the full Moon disk. The PlaneWave 17″ robotic unit tracked it thanks to its venerable Paramount ME mount, which handled this extreme fast motion very well.

Below is an image taken a few hours later: while the exposure time was of 2 minutes in both cases, the image shown earlier shows longer star trails (be sure to check this on full res images, clicking on both), as the object was apparently faster: this is a nice evidence for this! 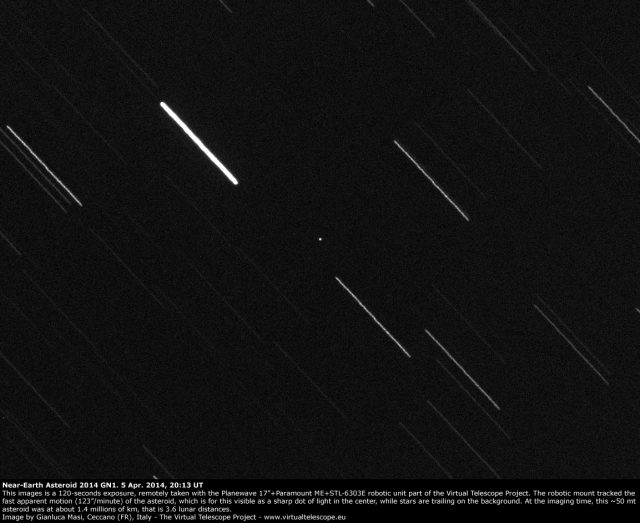 The asteroid was seen live by about 2000 viewers from more than 100 Countries, during the event which was part of Global Astronomy Month 2014. People could see the object as they were physically in the control room of the telescope: the Virtual Telescope technology shares with the public the very same panel used by astronomers, adding realism to the experience. 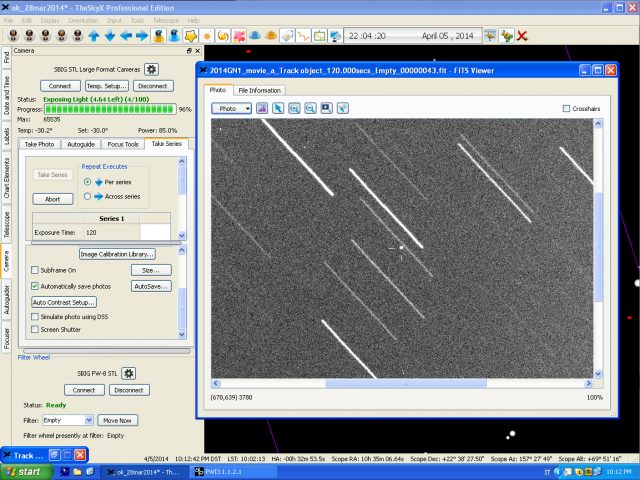 A live chat made also possible to people to meet and share thoughts and questions with dr. Gianluca Masi, who commented the whole session. The event recording is available here:

Finally, here it is a great movie showing the asteroid, made with images collected during the night, showing some brightness variations while the object rotates:

Back to “Stars Words”