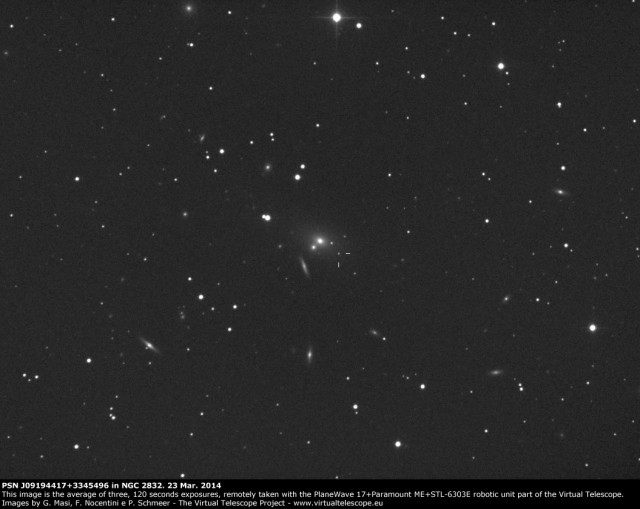 Last night, at Virtual Telescope we used a short break in the cloud coverage to confirm some possible supernovae. This is a field where the Virtual Telescope really does a great job: over the last few months, we confirmed countless of these transients, sometimes also providing the first spectroscopic “proof” of their supernova nature.

A wonderful byproduct of this scientific work is that, looking for a given transient suspect, you are going to look to a galaxy you have never seen before. A small, faint patch of light suspended in the abysses of space and time.

While every astronomy addicted is familiar with the face of the most famous deep sky wonders, there are simply billions of galaxies out there and you are soon lost while surfing anonymous corners of the sky. So, when you are going to confirm a possible supernova, often appeared in a galaxy without a name, you are also looking at a galaxy never seen before. Without that suspected SN, you were going to miss that galaxy forver.

So, a few hours ago, we wanted to confirm the transient PSN J09194417+3345496, apparently hosted by NGC 2832.The latter is an elliptical galaxy part of the Abell 779 galaxy cluster. Likely, it is placed at about 300 millions of light years from us. In addition, NGC 2832, with NGC 2830 and NGC 2831, forms the peculiar  Arp 315 cluster, with members showing quite different redshifts. All around, plenty of galaxies in this small piece of sky in the pale constellation of Lynx.

Below, with TheSkyX, we managed to identify many objects in the image: a truly spectacular sight! 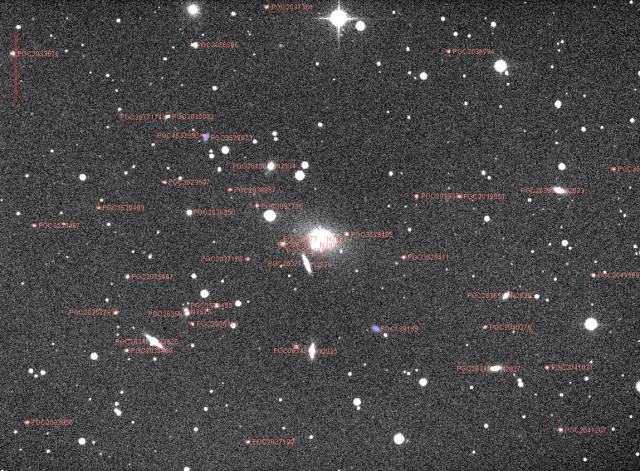