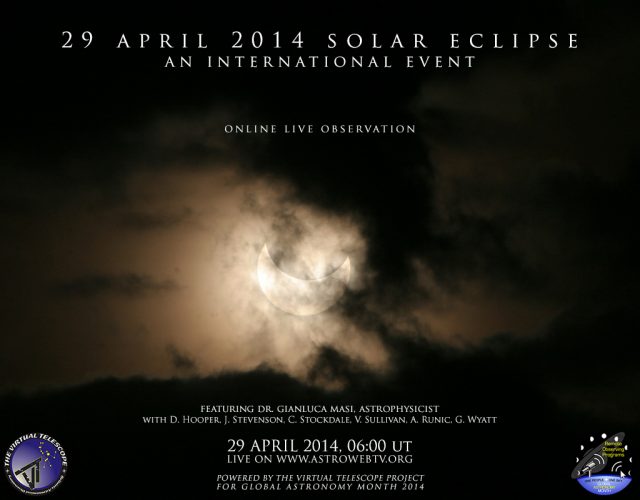 Next 29 April 2014, the Sun will offer a very rare, non-central annular eclipse, which will be visible as such from a small patch in Antarctica. As a spectacular partial eclipse, it will be visible from part of Australia, at sunset. The Virtual Telescope Project was asked by many people to plan something, also because April is Global Astronomy Month, so we wanted to meet that request, after the amazing success of the similar initiative for the recent total lunar eclipse.

Join us on April 29, starting at 06.00 Universal Time! You just need to access our online webTV, click here!