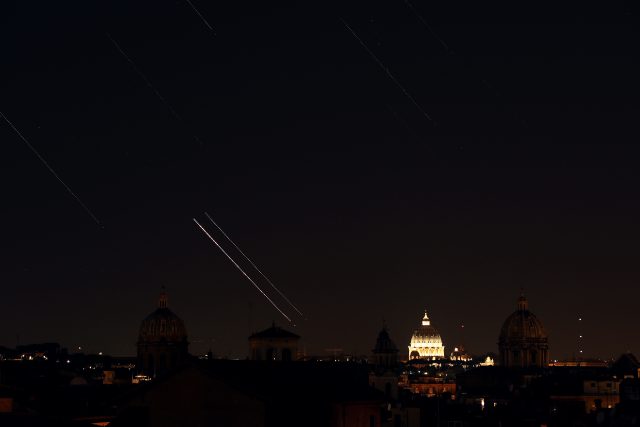 These last evenings have been really exciting for stargazers. Soon after sunset, Venus and Jupiter made a great show and still are offering a wonderful sight. They had a memorable conjunction between 30 June and 1 July, reaching a minimum angular distance of 0.3 degrees. It is the perfect chance to capture images contemplating both celestial and terrestrial beauties.

At Virtual Telescope we captured on several days some great frames with the two planets above the stunning skyline of Rome. On 28 June we imaged them from Pincian Hill (“Pincio”), while on 29 June the set was made on one of the seven hills of Rome, the Capitoline Hill (“Campidoglio”).

Also, on 1 July 2015 we managed to broadcast the conjunction live, via our webTV. Several thousands of people wanted to join and we invited them to also go out and see it in person. Below is one of the images shared during the live feed, when we used our mobile setup from Villa Torlonia, on the roof of the current location of the Planetarium of Rome: 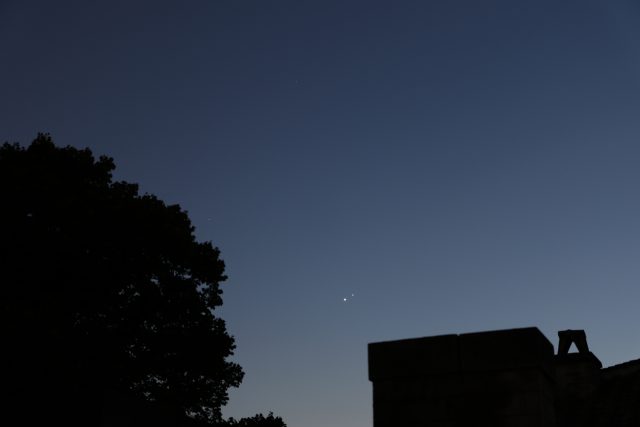 Venus and Jupiter from Villa Torlonia in Rome: 01 July 2015

As soon as the live feed ended, the author run once again to Capitoline Hill for a few more shots. One of them is at the beginning of the post, where a sequence of images was properly assembled to show trails of the planetary couple and stars, as well as airplanes passing by.

The image below is one of the frames used in the mentioned sequence. 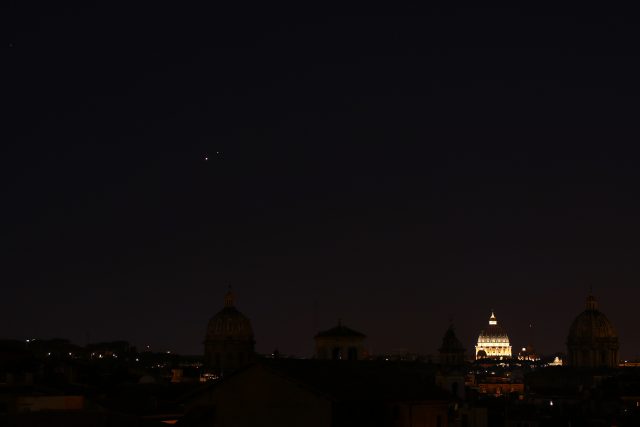 I also wanted to capture a few stars, as the conjunction between Venus and Jupiter was happening in front of Lion, which brightest star Regulus and mane are well visible in the picture below: 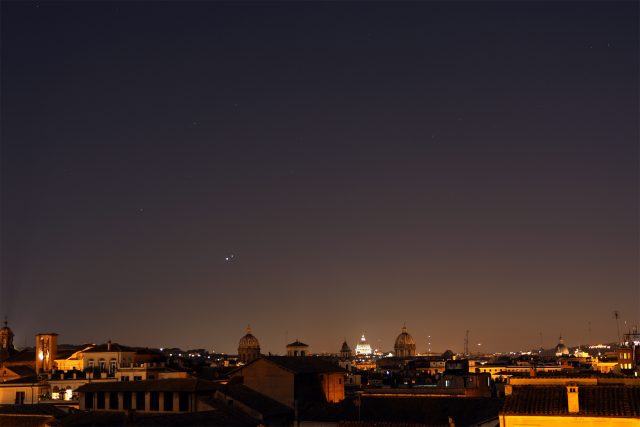 The Lion’s mane is made apparent below, for convenience 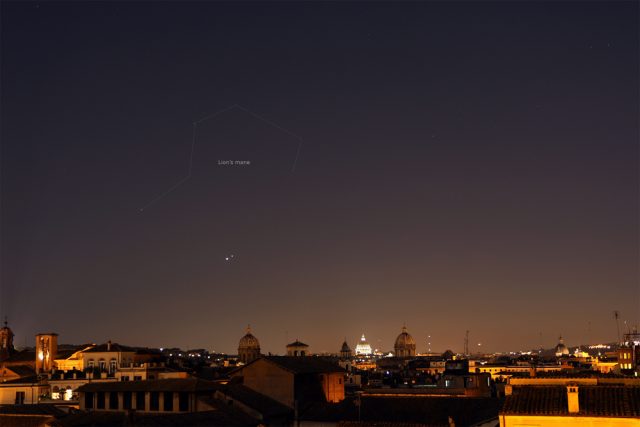 Below is the podcast from our live feed:

Venus and Jupiter are now leaving each other. But they still offer a super view: go out there and check it out.