Venus kisses Jupiter: a stunning conjunction at dawn – 1 May 2022

On Labor Day, the sky asked for an extra work: Venus and Jupiter were meeting up in the sky and we wanted to enjoy it. The view was superb and we share it with you. 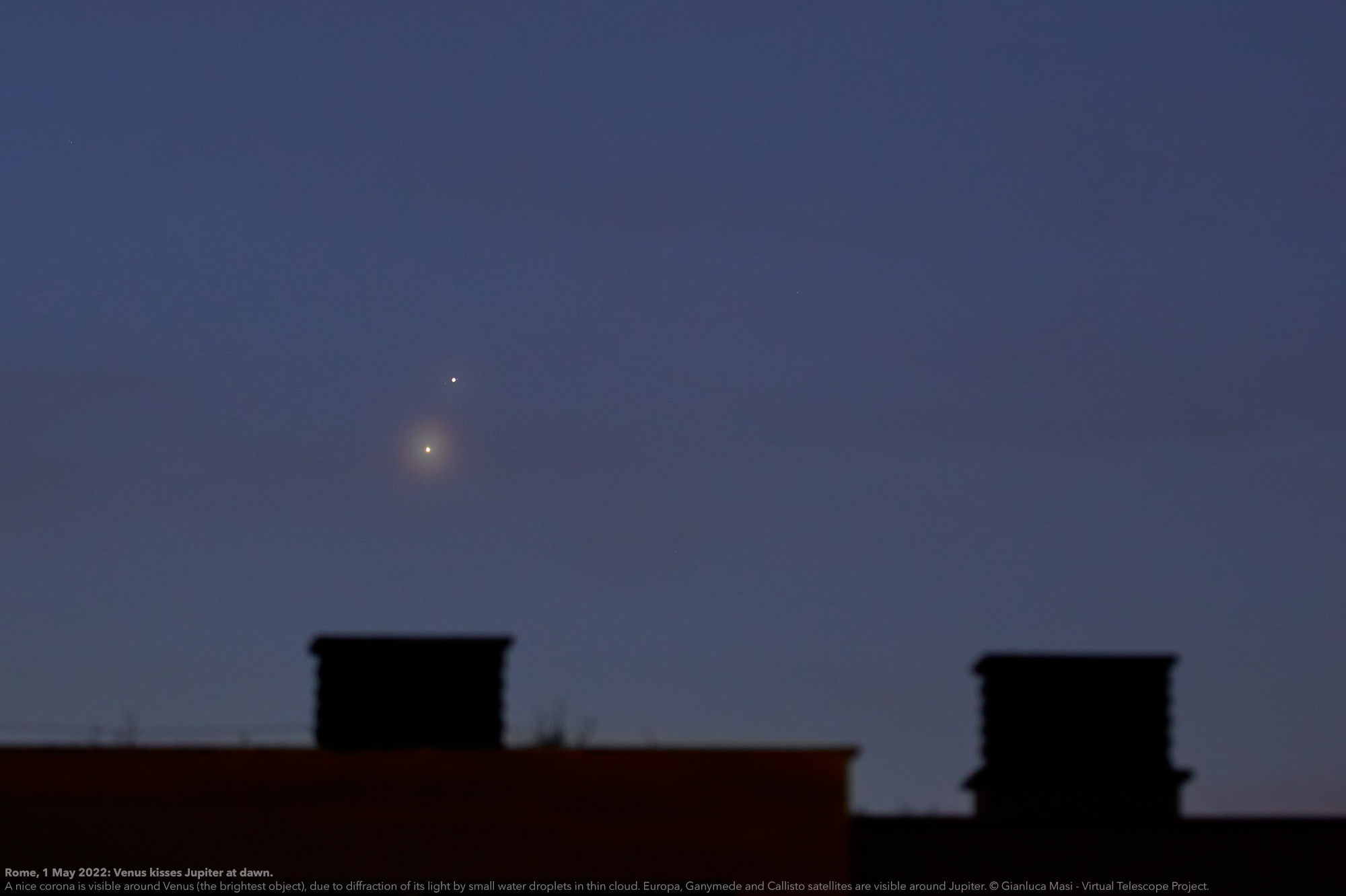 Venus and Jupiter shine together at dawn. Venus is showing a colorful corona, while Europa, Ganymede and Callisto satellites are visible around Jupiter. 1 May 2022.

When Venus and Jupiter, the two brightest planets, meet in the sky (something we, the astronomers, call a planetary conjunction), you have to do your best not to miss the show. Even if this happens at dawn, forcing you to wake up much earlier than usual.

We planned a live feed covering this conjunction, but the sky did not cooperate and we had to cancel it: it was even rainy at the time we scheduled our feed. Luckily, I had my imaging gear ready and kept looking east, as at some point I could see both the planets! Once clouds were thin enough, Venus and Jupiter were a breath-taking view!

Well, clouds had a gift for me: they made possible to see a wonderful colored corona around Venus, due to diffraction of its light by individual small water droplets. Europa, Ganymede and Callisto satellites were visible around Jupiter, too. Lucky me!

I took the image above from my balcony in Rome, Italy, where I live.

This conjunction (the apparent proximity of the involved bodies was question of mere perspective, the two planets are very far each other) was one of the best moments offered by the four planets shining at dawn.

Back to Earth and Sky page