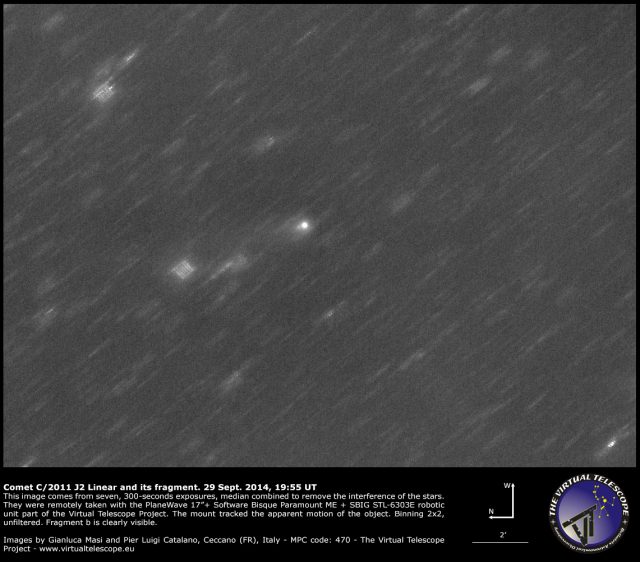 After we were informed about the discovery of a nucleus splitting event for comet C/2011 J2 Linear, providing prompt follow-up at that time, at Virtual Telescope the comet was constantly monitored and measured, in order to track the dynamical evolution of its fragment.

The image above comes from seven, 300-seconds unfiltered exposures, remotely collected with the  PlaneWave 17″+Paramount ME+SBIG STL-6303E robotic unit part of the Virtual Telescope Project. They were combined using a median technique, to limit the potential interference of faint stars with the subtle fragment. The images were also used to perform astrometry, sent to the Minor Planet Center.

The animation below shows the images used in the analysis: the increasing separation is well evident.