Comet Pan-STARRS puts a show in the western skies 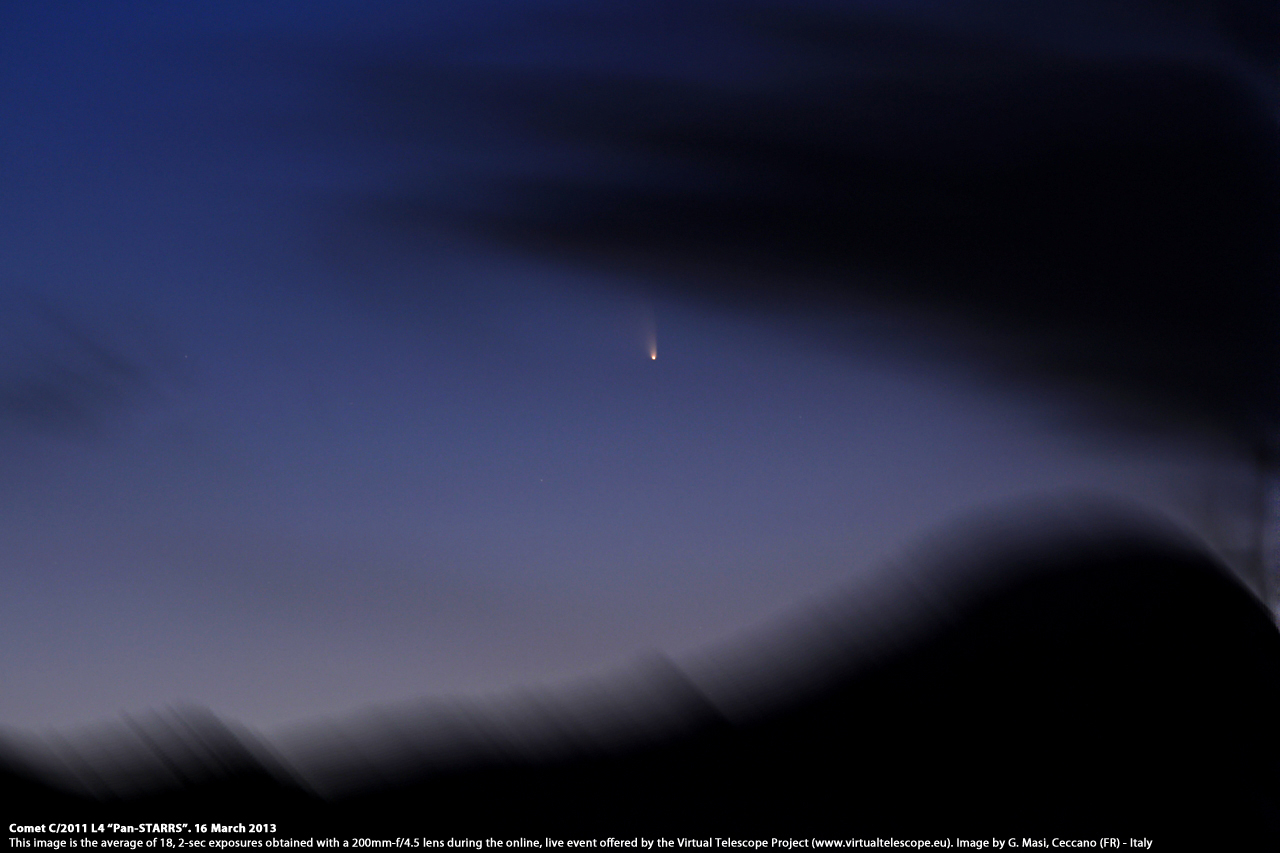 On Mar. 16, at 17:00 UT the Virtual Telescope Project hosted a live, online observing session to share comet Pan-STARRS with the world. The event was at first scheduled for 15 Mar., but clouds forced us to delay it of 24 hours. That new evening, the sky was a bit cloudy at first, slowly improving until it was just clear. With good hopes, we started when the sky was still bright, soon after the sunset, while the comet was still not visible.  I was scanning the skies with my 10×50 binos, explaining I wanted to pick the comet asap… and as soon as the sky was dark enough, that elegant light captured my attention. Comet Pan-STARRS showed around 17:40 UT and we started the live feed right away. We used our ultra-portable instruments, consisting in a 70-200mm-f/2.8 lens and a Canon D30 DSLR.

I must say it was for me a great emotion: I saw it, just as a pale spot of light in the so-called “Haystack”. While the sky darkened, the comet was better visible and likely I could even see it with the naked eye. Glimpsing that very fleeting light was amazing. This is why I love what is shining up there: ethereal beauty.

Below is a video from the images we collected during the real-time session, showing the comet and clouds, with the “star” setting on the mounts. I recommend you to set the Hd option and show it full screen

Several thousands of individuals joined the live streaming. It was fabulous: they were patient, waiting for the comet to show in the light of twilight.  The event turned our pretty well: thank you comet Pan-STARRS! 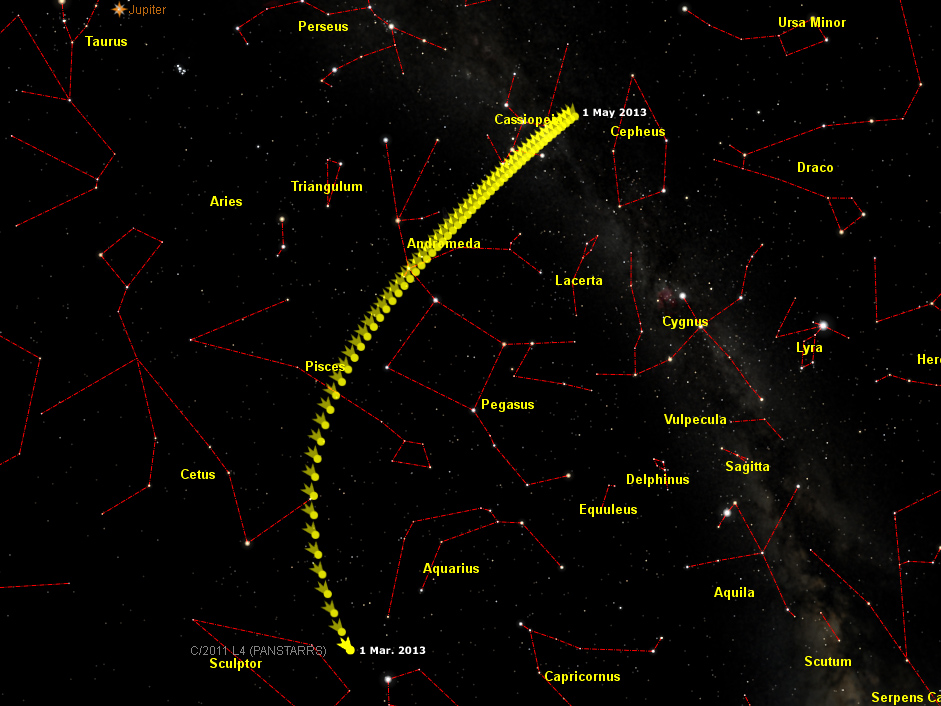 The video below, covering the same time span, shows the comet path against the Sun, this making more evident the real, observing conditions.