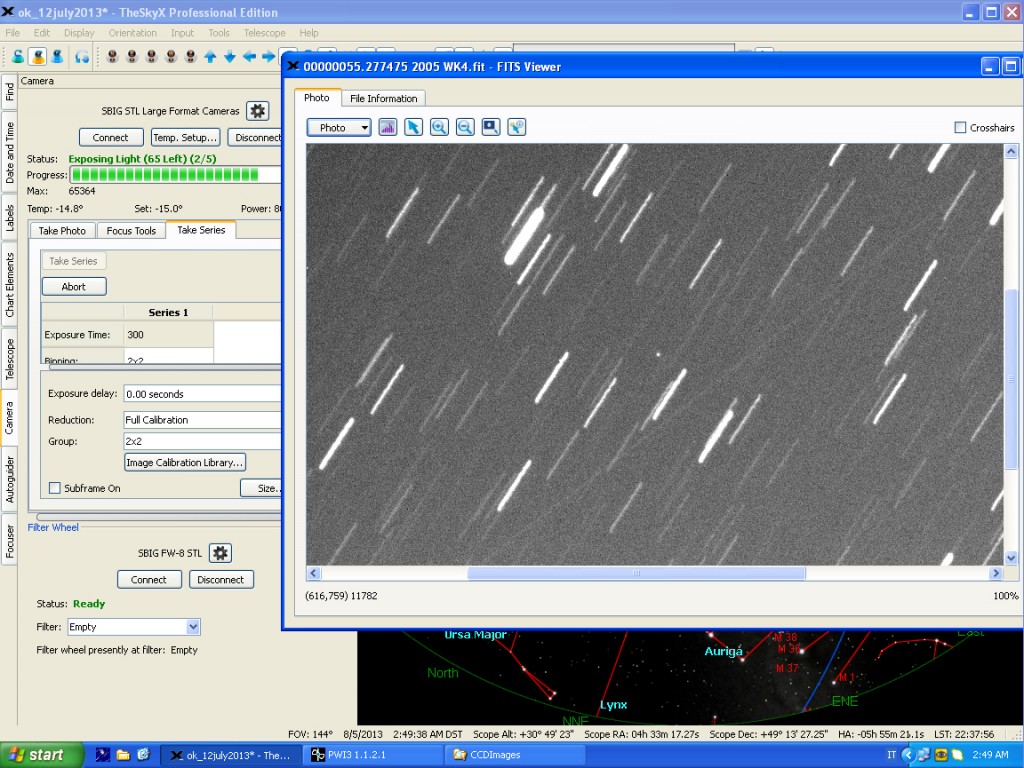 On 5 Aug. 2013, the PlaneWave 17″ robotic unit was asked to point the approaching near-Earth asteroid (277475) 2005 WK4, to get some astrometry useful to refine its orbit. At the imaging time, it was at about 4.3 millions of km from us and apparently moving with a rate of 17″/minute.

Above is a screenshot captured during the remote session, with the pinpoint asteroid sitting at the center of the field of view and an artificial satellite leaving a faint, long trail, while stars are apparently shifting, too. This because the Paramount ME robotic mount tracked the apparent motion of the minor planet.

Below is another image, coming from the average of 5, 300 seconds exposures, all from the live session above. 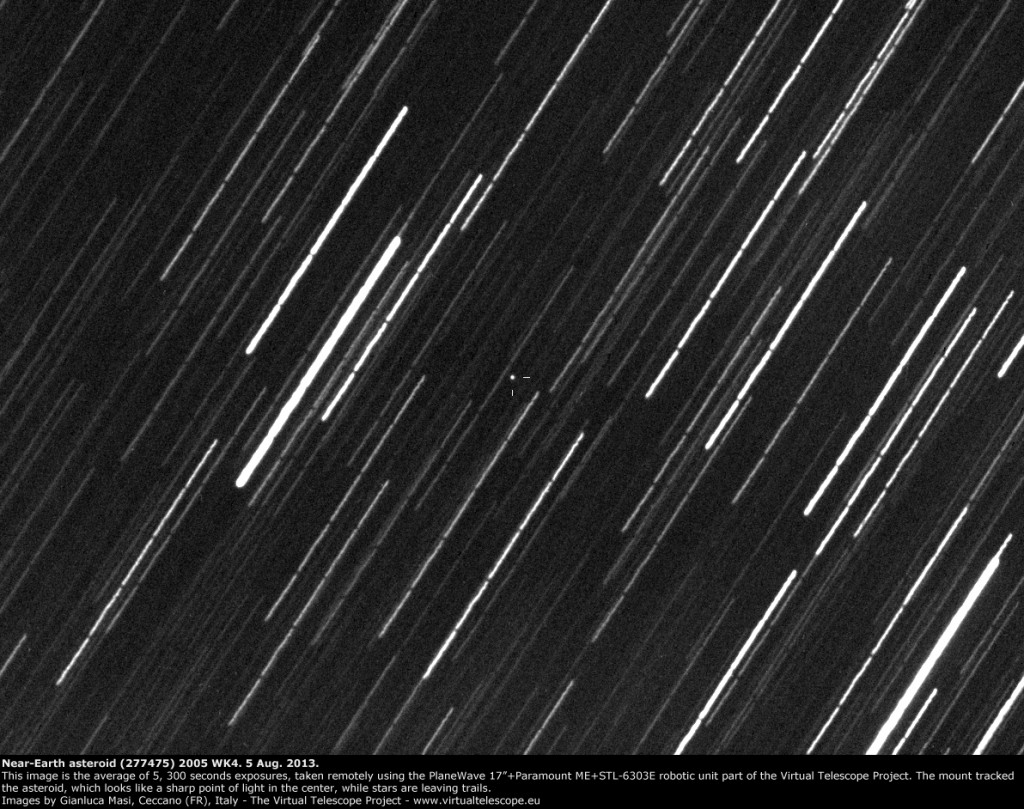