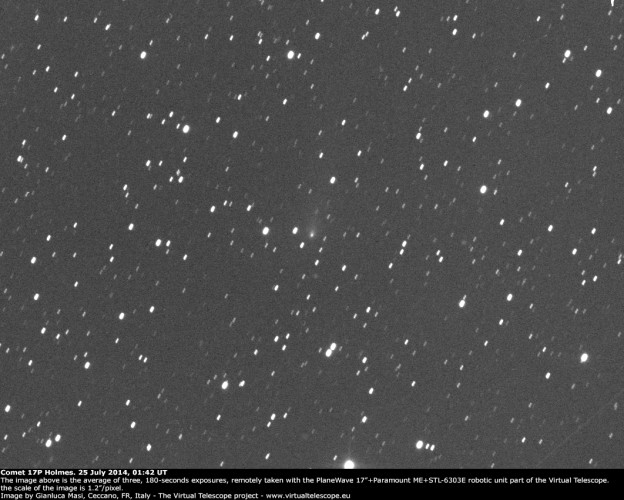 In 2007, comet 17P/Holmes awarded astronomers with an amazing outburst, making it an very outstanding object. This comet is not new to these performances, as when it was discovered in 1982 it was in a similar bright state. At Virtual Telescope we tracked the comet during its 2007 outburst.

On 25 July 2014, we slewed the 17″ robotic unit to this comet. Above is the average of three, 180-seconds exposures, showing the comet pretty well.