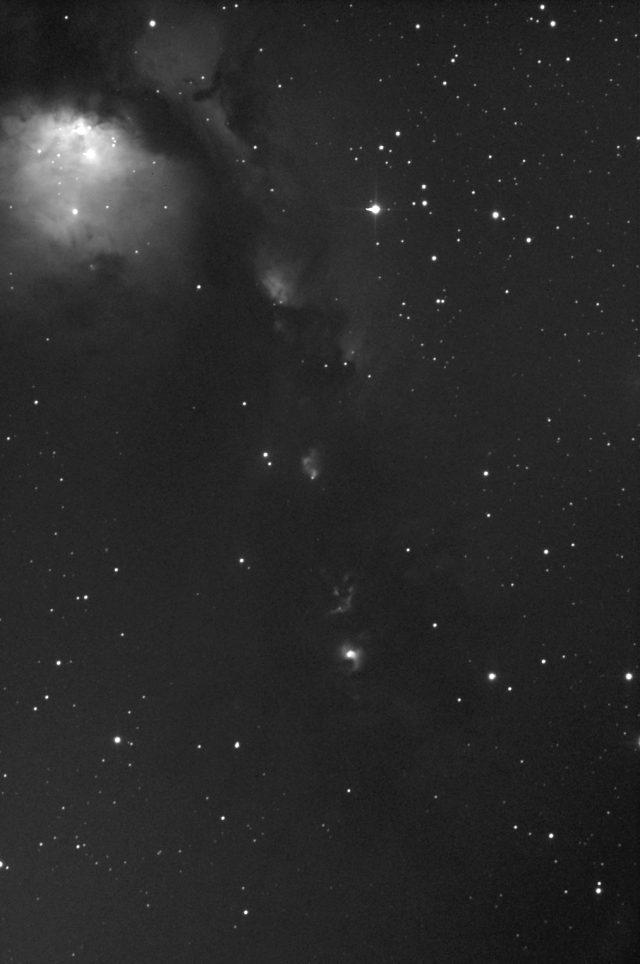 Among the most observed objects ever at Virtual Telescope, the McNeil Nebula and V1647 Ori were observed again, seven month after the previous visit. This star is a very young, pre-main sequence object and shows recurrent, bright outbursts: G. Masi, in 2004, discovered a previous outburst happened in 1966. Since 2004, when the object (nebula + star) was discovered, a few long outbursts were recorded. So, it is a region well worth a look from time to time.

Above is an image coming from the average of four, 300-seconds exposures, remotely taken with the PlaneWave 17″+Paramount ME+SBIG STL-6303E robotic unit. The object is in the very center of the image, while on the upper left there is the bright, famous Messier 78. The star was estimated at mag 16.8, unfiltered (29 Sept. 2014).